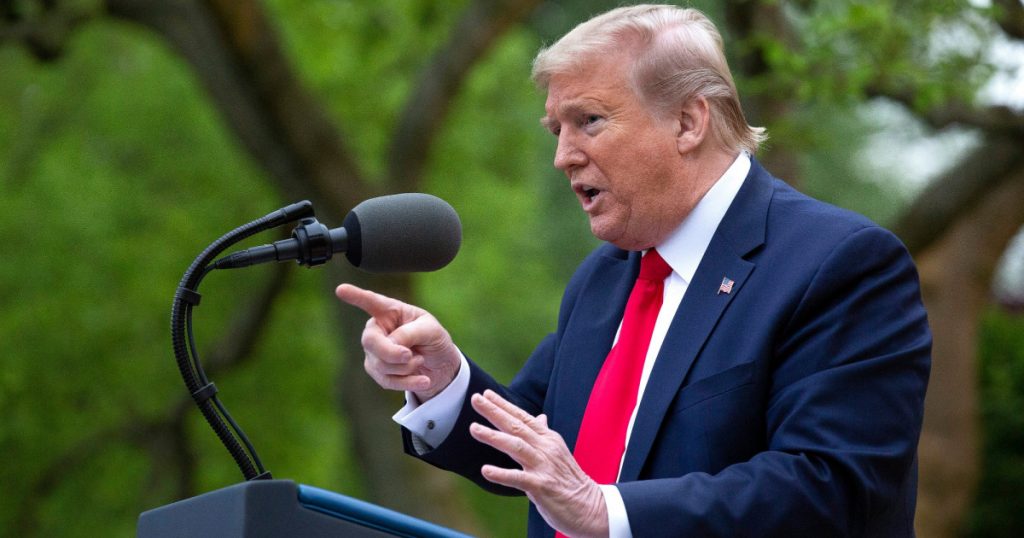 President Donald J. Trump delivers remarks during a news conference in the Rose Garden of the White House in Washington D.C., U.S. on Tuesday, April 14, 2020.
Stefani Reynolds/CNP via ZUMA Wire

For indispensable reporting on the coronavirus crisis and more, subscribe to Mother Jones’ newsletters.In a bizarre press conference on Tuesday, President Donald Trump faulted the World Health Organization for an error that he himself has been slammed for making.
In a move that Trump previewed last week was in the works, the president said he is imposing a freeze on US funding to the WHO “while a review is conducted to assess” the organization’s role in “severely mismanaging and covering up the spread of the coronavirus. Everybody knows what is going on there.”
Trump went on to fault the WHO for opposing his February 2 restriction on travel from China—a step he has ceaselessly touted as life saving, despite it coming after around 400,000 people traveled from China to the US and the fact that it’s failed to prevent an additional 40,000 from coming since. Trump also assailed the organization for passing on inaccurate information about the outbreak from China. “The WHO failed to investigate credible reports from sources in Wuhan that conflicted directly with the Chinese government’s official accounts,” Trump said.
Left out of this account is reality. According to multiple reports, US officials did not believe the Chinese efforts to downplay the severity of the outbreak in Wuhan and, beginning in January, warned the president the virus would have a severe impact on the US. Trump, however, dismissed these warnings, in part because he apparently accepted assurances from Chinese President Xi Jinping.
The Washington Post reported on March 20 that when his advisers warned that he would have to promote economically disruptive measures to combat the virus, Trump’s “insistence on the contrary seemed to rest in his relationship with China’s President Xi Jinping, whom Trump believed was providing him with reliable information about how the virus was spreading in China, despite reports from intelligence agencies that Chinese officials were not being candid about the true scale of the crisis.”
When advisers told Trump “that Beijing was not providing accurate numbers of people who were infected or who had died,” the Post noted, Trump ignored them and publicly praised China on his favorite medium:

China has been working very hard to contain the Coronavirus. The United States greatly appreciates their efforts and transparency. It will all work out well. In particular, on behalf of the American People, I want to thank President Xi!
— Donald J. Trump (@realDonaldTrump) January 24, 2020

Despite this, or perhaps because of it, Trump on Tuesday attacked the WHO for “praising China for its so-called transparency”—note that’s the same word he himself used. Later in the presser, the president angrily brushed off reporters’ questions about this contradiction, responding with non-sequiturs.
With Trump’s effort to scapegoat the WHO, it’s important to note that the president lacks legal power to freeze money already appropriated by Congress—a fact highlighted in a January GAO report that found Trump’s hold last year on congressionally approved aid to Ukraine, which factored in his impeachment, was illegal. “The President DOES NOT have the authority to permanently withhold funds lawfully appropriated by Congress,” Rep. Don Beyer (D-Va.) tweeted. “You might think Donald Trump would have learned this important fact during the past 9 months!”
Trump’s attacks on the WHO were just one part of an incredibly over-the-top press performance on Tuesday. The presser, held in White House Rose Garden, began more an hour late. After attacking the WHO, and without mentioning the more than 25,000 Americans already killed by the coronavirus, Trump struck a tone of self-congratulation, thanking a long-list of CEOs for undetermined actions.

“Pepsi Cola, Chick-fil-A, Subway, Yum Brands, Papa John’s” — Trump is still reading off the names of random companies during a press briefing that is ostensibly about a deadly pandemic that is killing Americans pic.twitter.com/NgsiIWX6KD
— Aaron Rupar (@atrupar) April 14, 2020

Pressed by reporters on the unavailability of coronavirus tests, Trump attempted a tough tone, vowing to hold governors “accountable” for shortfalls in tests and protective equipment widely seen as a federal responsibility. (Don’t forget Trump falsely claimed on March 7 that “anyone who wants a test can get a test.”) This claim that governors are responsible for testing came one day after Trump used the daily coronavirus task force briefing to assert his dominance over governors, insisting that as president he has total authority to reopen businesses, schools, and other key points of life in individual states. 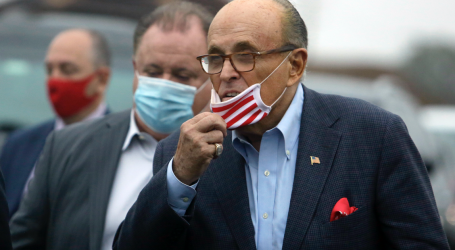 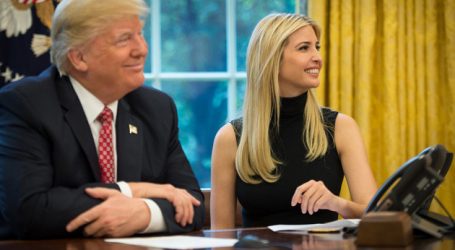