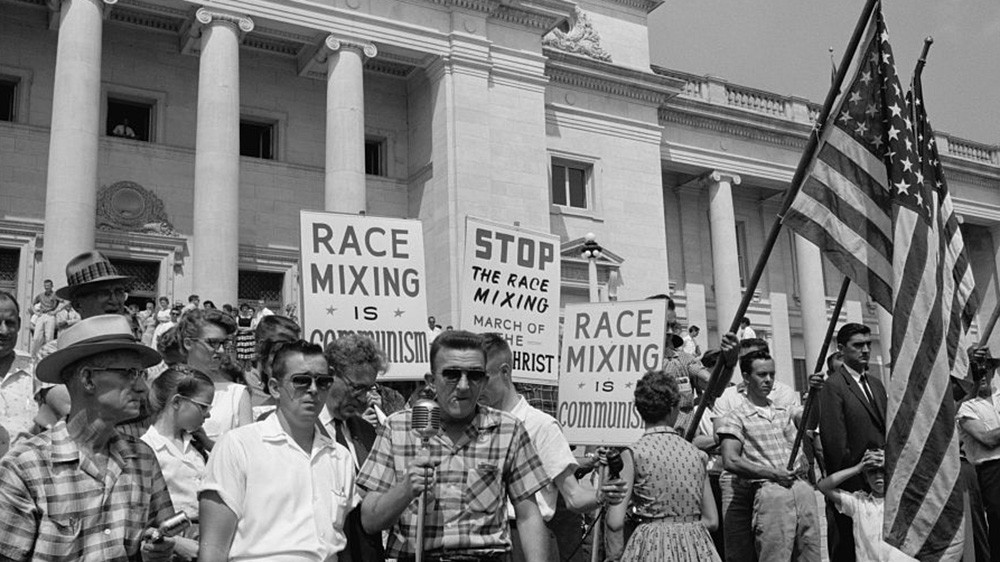 Tucker Carlson is getting some flak over this:

On his top-rated Fox News show Tuesday night, conservative pundit Tucker Carlson opined on demographic change and immigration in America….The segment was focused on a National Geographic article featured in the magazine’s April issue. Though the article, centered on the Pennsylvania town of Hazleton, was titled “As America Changes, Some Anxious Whites Feel Left Behind,” Carlson focused his remarks on the growth of Hazleton’s Hispanic population, which has increased exponentially since 2000 — a change that Carlson said “makes societies volatile.”
….But he saved his strongest words for “our leaders … who caused all this,” who, in his words, live in neighborhoods that “are basically unchanged — they look like it’s 1960. No demographic change in their zip code.” He concludes, “Our leaders are for diversity, just not where they live.”

I’m not here to defend the thrust of Carlson’s weeklong jihad against immigrants, which has been generally repellant. I want to comment only on this specific point, because it explains something that a lot of people don’t pay enough attention to.
I first learned this years ago when I read Kevin Kruse’s White Flight, a portrait of Atlanta in the 60s. From the viewpoint of working-class whites, here’s what he says happened:

Up through the 50s, Atlanta is nicely segregated. Working class whites live in all-white neighborhoods and everyone is happy.
Then the Civil Rights era surges into Atlanta, and its leaders realize that segregation has to go.
Middle and upper-middle-class whites support desegregation, but only because they have enough money to flee Atlanta for the suburbs, where they live in white communities and send their kids to private white schools. Needless to say, working-class whites are stuck in Atlanta as their neighborhoods become steadily blacker.
Because of this, working-class whites feel a deep sense of betrayal. They are angry not just—or even mostly—at blacks, but at affluent whites. These folks have supported segregation for decades, and by voting with their feet they make it plain that they still support it. But they’re willing to throw their fellow working-class whites under the bus for the sake of buying peace for the business community.

This is the root cause of working-class white resentment toward—well, blacks, of course. But if you dig down, their real resentment is toward the political establishment that, in their view, cynically sold them out. This is what Carlson is getting at. He knows his audience.
This is a big part of why working-class whites are always on the lookout for politicians who rail against the establishment. Or the swamp. Or the elites. Or the deep state. Sure, they prefer Republicans, who are opposed to affirmative action and callout culture and political correctness. But when push comes to shove, what they really want is someone who will take a wrecking ball to the establishment that screwed them. That’s why some of them thought well of Bernie Sanders: they might not have liked his tolerant racial politics, but that was secondary to the fact that he wanted to bust up elite control of the country. That’s what they want too.
Donald Trump, of course, appealed to them even more: he also wanted to bust up the elites and he had the right racial politics. So they put him in the White House. It’s the ultimate act of revenge from the folks who weren’t rich enough to flee to the suburbs in the 60s and 70s—an act of revenge that’s now carried on by their children. Hispanics may be the scapegoats this time around, but as before, their real animosity is saved for the folks who have sold them out: the white establishment that’s rich enough not to care about about illegal immigration because they’re rich enough to avoid it. 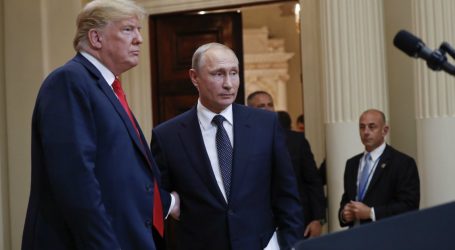