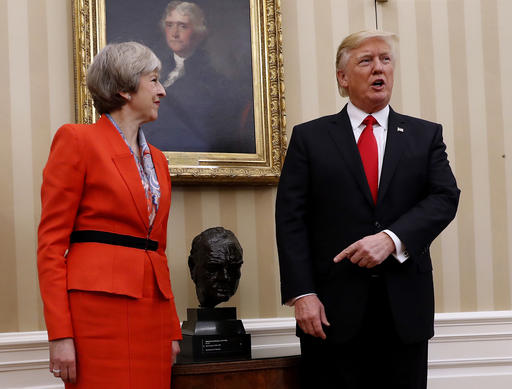 Sometime this year, President Donald Trump will slip across the pond to pay a formal visit to Britain and his Brexit soulmate, Prime Minister Theresa May. But he may not be accorded the honor of an address before Parliament. From the Washington Post:

Citing “racism” and “sexism,” Speaker John Bercow told lawmakers Monday that he was “strongly opposed” to the president addressing both houses of Parliament in Westminster Hall.

Addressing lawmakers in the Westminster Hall is considered a special honor in Britain, one that has been bestowed upon the likes of Nelson Mandela, Pope Benedict XVI, and in 2011, President Barack Obama.

But Bercow indicated that Trump’s name would not be added to the list. He is one of three officials who would have to agree on whether a head of state could speak in Parliament.

Coping mechanisms for dealing with Sunday’s Super Bowl loss continue to percolate. Some are pointing to a Falcons coaching staff that failed to burn the clock in the second half.

Like many of us, U.S. Sen. Johnny Isakson appeared to have consulted the Book of Job.  “Yes, I’m in mourning,” the Republican said Monday. “I’m too old to be crying but I cried (Sunday) night. That was so sad. It was a great football game and we lost to a great team. It should have never happened.”

On his Facebook page, longtime civil rights figure Joe Beasley also went Old Testament — but in a different way, and despite a New Testament citation:

Arthur Blank chose to tear down the oldest Church in Atlanta to build his new stadium which caused MLK Drive to end at the VIP entrance of his new stadium, with the help of his “flunky” Mayor of Atlanta Reed!

It looked like victory was assured in the first half but ultimately They lost! God is not pleased with Atlanta and it’s corrupt leaders. “Rise UP” is a great phrase but let rise up for justice for the “least of these, go to Matthew 25: 31: “in as much…into to! There will be no success! Until justice prevail!

Then there was the Facebook page of William Perry, executive director of Georgia Ethics Watchdogs, who posted a similar religious opinion, but with Buddhist overtones:

Maybe things would’ve turned out differently if Arthur would pay in full for his own stadium instead of using $1.4 billion in public funds! #karma

First, there was the Atlanta attorney placed in charge of untangling President Donald Trump’s conflicts of interest. Now we have a Georgia attorney with the job of explaining Trump’s travel ban and other international doings. From the Gainesville Times:

Gainesville attorney Ashley Bell was sworn in Monday as a special assistant to U.S. Secretary of State Rex Tillerson. He will be working as part of the department’s bureau of public affairs to make sure President Donald Trump’s vision for America’s place in the world is communicated clearly.

Bell previously served on the transition team for Trump to help recruit State Department staff. He said he was one of the few from that “landing” team who will keep working at the department, and he will start off with up to 120 days as an emergency appointment with the opportunity to be reappointed by the president at the end of that time.

Former Gov. Sonny Perdue notched a small but significant victory Monday when he landed the support of his first Democratic senator. North Dakota centrist Heidi Heitkamp announced her support for Perdue shortly after she met with the nominee for agriculture chief:

After mtg w/Gov. Perdue today, I look forward to voting for him for this imp. post & working w/him to get results for ND farmers & ranchers

The news is important for several reasons. First, it gives Perdue some early bipartisan momentum as he continues to meet with key senators ahead of his yet-to-be-scheduled confirmation hearing.

Secondly, it makes it that much harder for other Democrats to try and sink his Cabinet nomination should they choose to come out against him.

Thirdly, Heitkamp’s endorsement gives Perdue a notable boost from the Midwest, a region that may be more inclined to view his nomination with a more critical eye.

A key test will come Thursday, when Perdue is scheduled to meet with another Agriculture Committee member, Chuck Grassley. The Iowa Republican’s advocacy for a Midwestern ag secretary is rumored to be one of the reasons why President Donald Trump took so long to announce his pick, and Grassley has been relatively tight-lipped about Perdue since he was nominated. His support will be essential for Perdue as he looks to win over important Midwestern Republican senators.

Grassley said this about Perdue on Monday:

“I’ve had better luck with secretaries of (agriculture) from the Midwest, but that isn’t fair to him until I talk to him, so I’ve got a very open mind about him. But I think that the institution of the family farm is a lot stronger in the Midwest than it is in the South or in California and so I want to make sure somebody has respect for the institution of the family farm.”

On the heels of a campaign event held last week, this one features the support of a few prominent lobbyists. The hosts include Brad Alexander, Allan Hayes and Graham Thompson, a few well-connected government affairs specialists under the Gold Dome.

Hill’s fundraiser is kosher thanks to a 1996 court case involving one-time state lawmaker Doug Teper, a Democrat, who challenged state restrictions on fundraising for a federal office.  In that ruling, a federal appeals court ruled that state fundraising laws cannot supersede federal rules. 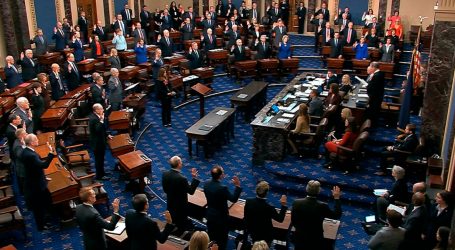 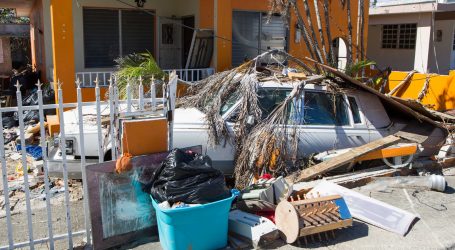