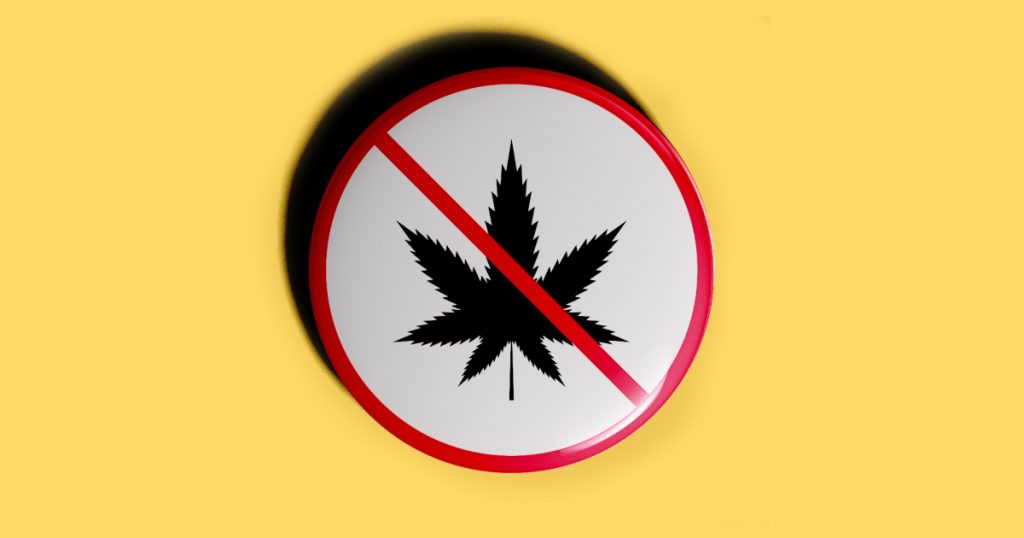 Fight disinformation: Sign up for the free Mother Jones Daily newsletter and follow the news that matters.In America, people like pot. About 68 percent of the country supports the legalization of recreational marijuana—including more than 80 percent of Democrats and more than 50 percent of Republicans. About half of the country lives in a state where cannabis is legal, and in all 50 states, according to one recent estimate, a majority of voters think that it should be.
But during the midterms, cannabis largely got, well, skunked. Voters in five states considered marijuana-related ballot measures: Maryland and Missouri voted in favor of legalization, but cannabis measures in North Dakota, South Dakota, and Arkansas failed. (Colorado, meanwhile, voted to legalize some hallucinogenic drugs, including ‘magic mushrooms,’ by a razor-thin margin.) In short, the country did not see the green wave that many advocates hoped for.
If marijuana’s so popular, why didn’t it do well at the polls? In states where weed failed, there were a number of big names—including popular governors—who loudly opposed the initiatives. At the same time, the country may be reaching a saturation point; with almost half of states having approved adult-use cannabis, failures at the ballot box in remaining states are bound to happen. You could also blame the midterms: Turnout among young voters, who tend to be more Democratic, generally slumps during non-presidential elections. (Data for this election is still being analyzed, but recent estimates suggest that trend may be changing as more young people become engaged in democracy, particularly in battleground states.)
Other experts said that last Tuesday’s mixed results are an indication that voters are becoming pickier about their ballot initiatives. “I think that the results reflect the reality that while an increasing number of Americans support legalization reform, they don’t support just any legalization or reform efforts,” Cat Packer, the director of drug markets and legal regulation at Drug Policy Alliance, an advocacy group, told me, adding, “Folks are starting to get more critical about what’s actually in the content and details of some of these packages.”
Here are four likely reasons why weed flopped in 2022:

Since Colorado became the first state to legalize marijuana ten years ago, a total of 21 states have authorized some form of adult-use cannabis, now including Maryland and Missouri. Of those states, many, although not all, are blue-leaning, including those along the Pacific coast, like California, Oregon, and Washington, and in the Northeast, including Connecticut, New York, Vermont, and Virginia.
As the marijuana reform movement gets more state legalization laws on the books, says Tom Angell, the editor of cannabis news website Marijuana Moment, there are fewer and fewer places where ballot initiatives can be successful. “The more success they have, the fewer targets there are.” With the exception of Maryland, Angell says, the states voting on marijuana policy reform this year were conservative states.

In the early days of legalization, says Douglas Berman, executive director of the Drug Enforcement and Policy Center at the Ohio State University’s Moritz College of Law, there was a belief among marijuana advocates that voters were so eager to see policy reform that almost any ballot measure would pass. That’s not the case anymore. “This now requires much more robust political calculation and analysis, rather than the sort of simplistic, ‘Everybody wants this, and they’re gonna vote for it, and we just get in front of them.’” In part, he says that’s because modern ballot measures aren’t grassroots-led efforts anymore; corporate interests have gotten more involved in recent years, and may be less likely to support social justice provisions, like expunging records for people with previous marijuana possession convictions or funding equity programs that help marginalized individuals enter the cannabis industry. (More than a dozen states have implemented this sort of program.) The tension between interest groups can cause a splintering of support, he says. “Long term, what the industry wants and what’s good for business is not always long term what’s good for the activists and the advocates.”
In Arkansas, for instance, the state’s measure lacked social justice provisions, Packer notes, like expunging records for people with previous marijuana possession convictions. And it would have ensured a 10 percent tax on cannabis sales, 15 percent of which would support law enforcement. In both cases, the lack of focus on social justice may have turned off progressive voters.
On top of that, Arkansas’ measure did not include a provision allowing people to grow their own pot. And medical businesses would have been allowed to sell cannabis at their existing locations. With a limited number of dispensary licenses available, opponents argued that this would give current sellers first dibs on the new crop of cannabis consumers, Angell says. “There certainly was a sense among advocates that this is just sort of a self-serving money grab by the existing medical cannabis industry,” some of the main financial backers of the campaign.

In 2020, South Dakota Governor Kristi Noem (R) came out as a vocal opponent to an initiative in the state to legalize recreational marijuana. Ahead of the election, she released an advertisement telling voters to reject the measure. When it passed, her administration challenged it in court. And in 2021, the South Dakota Supreme Court struck the initiative down, ruling that it was unconstitutional. This year, Noem said she’d respect voters decision on the revised measure, called Measure 27, but declined to back it, instead voicing support for medical marijuana efforts. With 53 percent of voters voting against it, Measure 27 failed.
In Arkansas, current Governor Asa Hutchinson, a Republican, and now-incoming Republican Gov. Sarah Huckabee Sanders staunchly opposed the ballot measure to legalize recreational pot. “I don’t think that with the drug epidemic that we have across this state, frankly across the country, that adding and giving more access to that does anything to benefit Arkansas,” Huckabee Sanders said.
Berman told me he was particularly struck by what he saw as “a significantly more vocal political establishment” actively attacking the measure in Arkansas. “They all were out there saying, ‘This is important’ and ‘pay attention, vote against this.’ And I think those things matter, especially at the margins.” “This is a pretty big ask for anybody,” he adds. “But even more so when popular state leaders are against it.”
At the same time, advocates with the Arkansas chapter of NORML, the National Organization for the Reform of Marijuana Laws, a local marijuana advocacy group that’s supporting an initiative for 2024, joined Hutchinson and Huckabee Sanders in opposition to this year’s ballot measure. In July, the treasurer of the group told a local news station its 2024 ballot measure, which would allow the expungement of records and home grows, was “the only people-oriented option.” Pro-marijuana critics of the 2022 measure also objected to how much it would benefit existing medical marijuana businesses and the police, Packer says. Together, the measure seems to have managed to turn off conservative swing voters and marijuana advocates alike. It failed 56 to 44 percent.
North Dakota’s Measure 2 saw opposition from the North Dakota Medical Association, which said that easier access to cannabis may lead to an increase in bad health outcomes like mental health problems and emergency room visits. Law enforcement groups including the North Dakota Police Chief’s Association and the North Dakota Sheriff’s and Deputies Association also opposed the measure, arguing that legalizing marijuana creates more crime, not less, by increasing DUIs and providing a gateway drug to harder, illegal substances. (The research on these claims is mixed, and more study is needed.) It failed with nearly 55 percent of voters saying “No.”

In general, Packer points out, younger, liberal Americans are most supportive of cannabis legalization. And at the same time, older, conservative Americans are not. And unfortunately for weed advocates, in a midterm year, particularly with an unpopular Democratic president, the people most likely to show up are also those least likely to vote in favor of marijuana, generally speaking.
Take South Dakota: Angell notes that the state first voted in favor of legalizing in 2020, a presidential election year. After the initiative was overturned by the courts, supporters presented a slimmed-down version to voters this year, and it failed. While it’s unclear exactly why that was the case, Angell suspects the timing of a midterm was a “significant factor.”
After the lessons learned in 2022, Berman says the ballot measures may have better luck next time, as more voters turn out for the next presidential election. “I won’t be surprised if some—maybe all—the states that said ‘no’ this round will at least include a serious effort to do it again in 2024.” 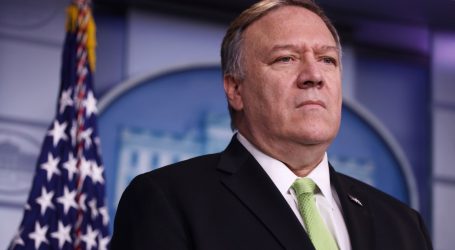 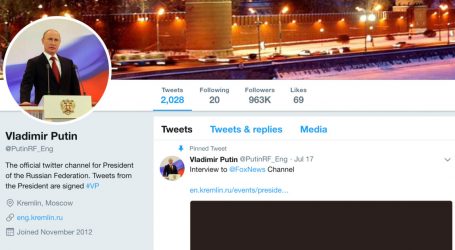 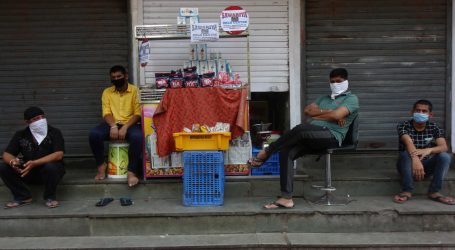