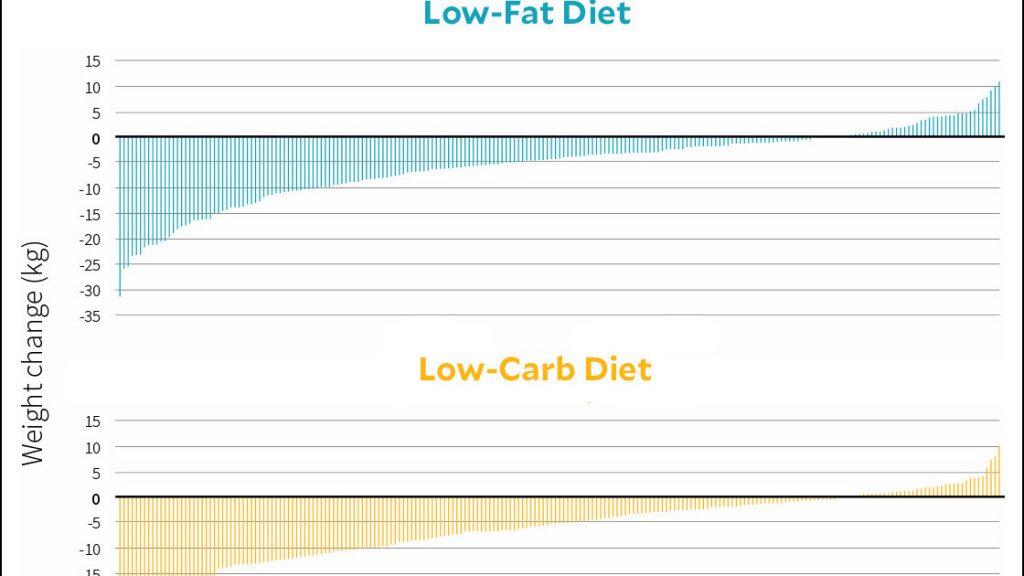 The Nutrition Science Initiative was co-founded by Gary Taubes, one of the leading advocates of a low-carb/low-sugar diet. He argues that sugar is the real enemy in the American diet, not fat. I’ve been intrigued by this for a long time, and recently NSI teamed up with Stanford University and the National Institutes of Health to test low-fat vs. low-carb diets. This was a pretty high-quality random trial, and via Examine.com here’s what the weight loss looked like for every participant in each group:
Those are…remarkably similar. Apparently you can choose to lose weight any way you want, and it works fine as long as you consume fewer calories.
Now, there are caveats, of course. For starters, virtually no one fully adhered to either diet. And although weight loss was about the same for both groups, the low-fat group ended up with lower LDL (bad) cholesterol levels, while the low-carb group ended up with lower triglycerides and higher HDL (good) cholesterol levels. However:
Within each group, differences in genotypes or insulin secretion made no significant difference in weight change…Both groups were able to improve certain health markers (BMI, body fat percentage, waist circumference, blood pressure, and fasting insulin and glucose levels), although no significant differences were seen between groups….Resting energy expenditure (REE) was not significantly different between groups at any point….Total energy expenditure (TEE) was not significantly different between groups or compared to baseline. Lastly, although a little over 10% of each group improved their metabolic syndrome during the trial, there was no significant difference between diets.
Insulin secretion is the causal mechanism that underlies the low-carb diet, but this study suggests that there were no clinical differences in insulin changes between the low-fat and low-carb groups.
This is just one study, and it’s hardly the final word. Somehow, though, every time we study this stuff, it seems as though it makes less and less difference what we eat. As near as I can tell, the bottom line is that if you want to lose weight, eat less. If you want to get healthier, exercise more. Beyond that, it’s hard to say with confidence that anything makes a very big difference. 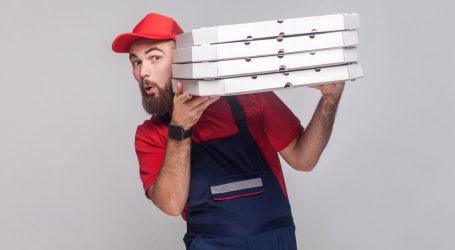 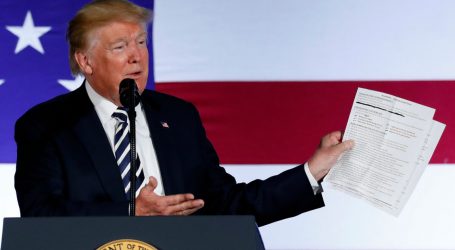 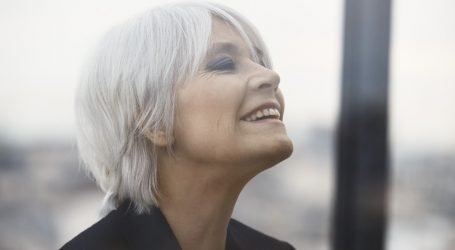