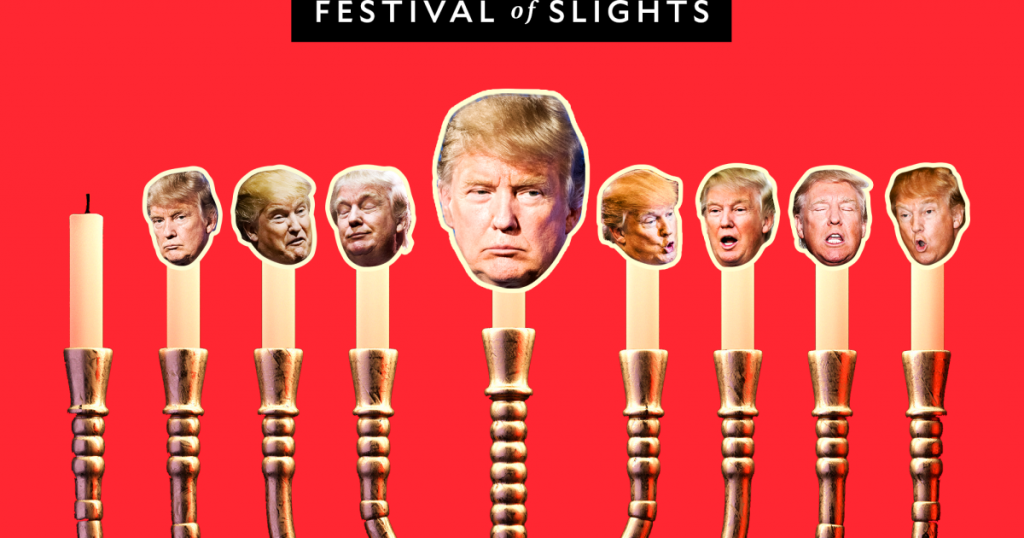 Happy Hanukkah! Mother Jones is celebrating this year’s festival of lights with a festival of slights. Specifically, President Donald Trump’s slights toward the Jewish people.
In its first year, the Trump administration has developed something of a reputation for making important words and phrases disappear. Mentions of “climate change” and “global warming” have vanished from government websites. Statistics about Puerto Rico and reports about tax reform have been deleted. Most recently, officials at the Centers for Disease Control have been told not to use some words and phrases, including “science-based” and “diversity.”
One of the earliest indicators of this pattern came just a week into Trump’s tenure as president, on January 27, 2017,  which is International Holocaust Remembrance Day. The president issued a statement marking the day that did not mention Jews or anti-Semitism. Here’s Trump’s statement in full:

It is with a heavy heart and somber mind that we remember and honor the victims, survivors, heroes of the Holocaust. It is impossible to fully fathom the depravity and horror inflicted on innocent people by Nazi terror.
Yet, we know that in the darkest hours of humanity, light shines the brightest.‎ As we remember those who died, we are deeply grateful to those who risked their lives to save the innocent.
In the name of the perished, I pledge to do everything in my power throughout my Presidency, and my life, to ensure that the forces of evil never again defeat the powers of good. Together, we will make love and tolerance prevalent throughout the world.

Holocaust Remembrance day marks the 1945 liberation of Auschwitz-Birkenau, the largest Nazi death camp, where about 1.1 million people were killed over the course of World War II. Previous statements from US presidents have explicitly mentioned the anti-Semitism that was central to the Nazis’ murderous regime. “We must continue to condemn the resurgence of anti-Semitism, that same virulent intolerance that led to the Holocaust,” President George W. Bush said in his 2007 statement. President Obama’s words in 2012 called on the nation to remember “the six million Jews and millions of others who were murdered at the hands of the Nazis.”
Trump’s failure to mention Jews sparked an immediate uproar. But rather than apologize, the White House claimed the omission was an intentional nod to the diversity of the Nazi regime’s victims.
“Despite what the media reports, we are an incredibly inclusive group and we took into account all of those who suffered,” administration spokeswoman Hope Hicks told CNN at the time.
Then-press secretary Sean Spicer defended the statement, accusing the press of “nitpicking” and justifying the statement by noting that it was written by a Jewish member of the administration who was the descendant of Holocaust survivors. (That official was later revealed to be Trump aide Boris Epshteyn.)
Whatever the White House’s intent, the result seemed to make bigots happy. An article on the neo-Nazi website the Daily Stormer cheered on the administration’s statement:

We previously reported that the White House released a statement on holohoax remembrance day that failed to mention Jews or anti-Semitism.
There is no way this was accidental, but all in all it was basically a subtle nod to us.
But something much more incredible is now happening; the White House staff, under attack by the Jews, are doubling down and saying it was completely intentional, and don’t regret it.

Meanwhile, several conservative Jewish organizations—including the Republican Jewish Coalition and the Zionist Organization of America, both backed by Republican megadonor Sheldon Adelson—expressed their dismay at the Trump’s omission of Jews. The Holocaust museum also issued a statement:
The Holocaust was the systematic, state-sponsored murder of six million Jews by Nazi Germany and its collaborators. Nazi ideology cast the world as a racial struggle, and the singular focus on the total destruction of every Jewish person was at its racist core. Millions of other innocent civilians were persecuted and murdered by the Nazis, but the elimination of Jews was central to Nazi policy. As Elie Wiesel said, “Not all victims were Jews, but all Jews were victims.”
A few days after the uproar, a Politico report revealed that, according to three anonymous sources familiar with the issue, the State Department Office of the Special Envoy on Holocaust Issues had prepared a statement for Holocaust Remembrance Day that did mention Jewish victims explicitly. But the White House declined to release it.
Read more from the Festival of Slights:
The 1st Night: Trump’s Book of Hitler Speeches
The 2nd Night: The Sheriff’s Star
The 3rd Night: “Holocaust Centers”
The 4th Night: “Short Guys That Wear Yarmulkes”
The 5th Night: Trump’s Closing Argument to Voters
The 6th Night: The Jew Counter
Image credit: Shutterstock; farakos/Getty 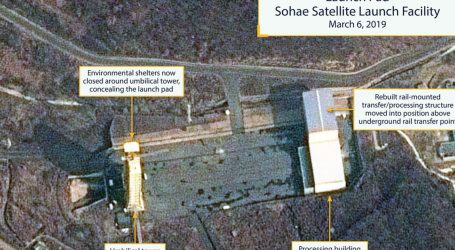 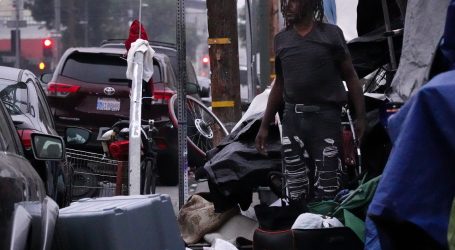 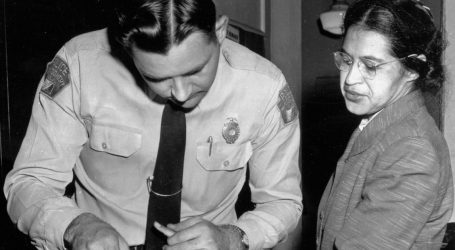