Tea party activist Amy Kremer’s bid for a suburban Atlanta congressional seat is in turmoil after her campaign manager and the rest of the staff resigned Friday because he said she can’t afford to pay her bills. Another ex-staffer who was staying at her home said he called the police to help him get his valuables out after she changed the locks.

Jack Melton said she has only raised about $2,500 and couldn’t pay him and at least a half-dozen other staffers who fanned out to homes across the district, which stretches from east Cobb to north DeKalb, pushing her campaign message.

“It’s very disappointing. It broke my heart,” said Melton. “We were doing great work. But you can only treat people like that for so long.”

Kremer spokeswoman Kathryn Serkes said Melton took “unauthorized liberties and conducted business in ways that Amy was not comfortable with,” forcing his departure. She described changing the locks at her home as part of routine “appropriate security measures after parting ways.”

“The campaign feels strongly that the people representing Amy and the campaign must reflect the highest standards and principles,” said Serkes.

Once the chief executive of the Tea Party Express, Kremer is one of 11 Republicans and 18 candidates overall in the April 18 special election to replace Tom Price. With Democrat Jon Ossoff’s emergence, Republicans increasingly acknowledge they’re warring over one spot in the likely June 20 runoff.

She tells Republican audiences she’s the candidate who is “not going to be scared” to fight for conservative values, and is a frequent presence on cable news. But she’s struggled to gain traction in a field with higher-profile Republicans and bigger campaign coffers.

Melton said he was hired in early February as her campaign manager to canvass neighborhoods and plot strategy, and that more than a dozen field staffers were handing out her leaflets to thousands of households across the district on some weekends.

But he said her paltry fundraising fast caught up to her, and that she refused to meet with a fundraising consultant he and another staffer hoped would help her raise more cash. He provided invoices detailing at least $22,000 in unpaid bills, and said he was torn up about his decision.

“We kept getting pushback and no pay. And we finally said we can’t do this anymore. We would submit an invoice but there was just no money being raised or had. We did everything we could,” he said. “We’ve just got move on from it.”

Cooper Mohr, 30, was on the campaign’s field team and was staying in Kremer’s east Cobb house with two other staffers. After he resigned from the campaign, he said Kremer changed the locks and wouldn’t let them get their belongings. Reached outside her house on Friday, he said he contacted the Cobb police for help.

Marco Rubio picks a side in Georgia’s Sixth District race 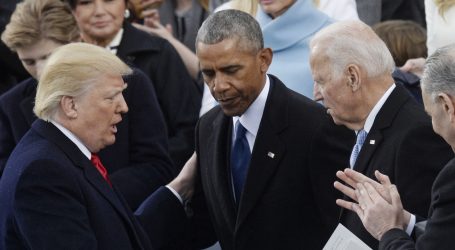