In a debate where there was no clear apparent winner, Carson did not stand out, and he and his second-place rival Donald Trump struggled at times. But Carson did not necessarily harm his new first place status; he simply did not fortify his position, as Senators Marco Rubio and Ted Cruz show signs of ascendancy.

The showdown in Milwaukee, which was sponsored by the Fox Business Network and the Wall Street Journal, was praised for covering more substantive issues by debate moderators, and less of the “gotcha” type of questioning marked by the previous CNBC debate in Boulder, Colorado, on October 28. This latest debate gave candidates an opportunity to speak more substantively on issues such as immigration and economics and distinguish themselves from their rivals.

A highlight for Carson came when he was asked if his campaign has been hurt by inconsistencies and exaggerations in his own life story, given that his brand has been built on trust. “First of all, thank you for not asking me what I did in the tenth grade,” Carson responded to audience laughter.

“The fact of the matter is we should vet all candidates. I have no problem with being vetted,” Carson added. “What I do have a problem with is being lied about and then putting it out there as truth. I don’t even mind that so much if they do it with everybody like people on the other side.”

Dr. Carson then turned things around by going after Democratic frontrunner Hillary Clinton: “When I look at somebody like Hillary Clinton, who sits there and tells her daughter and a government official that you know this was a terrorist attack, and then tells everybody else it was a video, where I came from they call that a lie,” Carson said. “I think that’s very different from somebody misinterpreting when I said that I was offered a scholarship to West Point.”

“We have to start treating [people] the same and start finding out what people really think and what they’re made of, and people who know me know I’m an honest person,” Carson said.

On the minimum wage, he expressed his opposition, claiming that “Every time we raise the minimum wage, the number of jobless people increases,” particularly in the black community. On the notion of a flat tax — which the candidate supports along the lines of Biblical tithing — moderator Neil Cavuto asked Ben Carson: between his and Trump’s proposals, “which tax plan would God endorse?” Carson offered that “if you put more money in people’s pockets, they will be more generous.”

When asked his opinion regarding President Obama’s actions in Syria and Iraq, Carson said, “I think in order to make them look like losers, we have to destroy their caliphate.”

Of some of the other candidates, Rubio and former Ohio Gov. John Kasich slammed Trump on immigration, though Kasich did not resonate with viewers, as he was perceived as too aggressive on debate night. “We need to control our border, just like people have to control who goes in and out of their house,” Kasich said. “But if people think that we are going to ship 11 million people who are law-abiding, who are in this country, and somehow pick them up at their house, and ship them out… to Mexico? Think about the families. Think about the children.”

“I don’t have to hear from this man,” Trump responded. “If you don’t think walls work, ask Israel.”

“The Democrats are laughing — because if Republicans join Democrats as the party of amnesty, we will lose,” Cruz said.

Rubio defended his expansion of child tax credits for low income families, arguing that a pro-family tax code is necessary, because the family is the most important institution in society. Rubio battled with Rand Paul on military spending, as Paul criticized his opponent as “not very conservative” for his plan to increase Pentagon spending by $1 trillion. “I know that the world is a safer and a better place when America is the strongest military power in the world,” Rubio said.

Jeb Bush had a stronger showing than previous debates, criticizing Trump on immigration and foreign policy. However, the former Florida governor needed to stand out and did not do that. It is uncertain whether his performance was sufficient to keep him going.

In the end, Ben Carson had an unremarkable showing at the debate but emerged relatively unscathed. “There is something special about this nation, and we must embrace it and never give it away for the sake of political correctness,” Carson said in his closing statement. 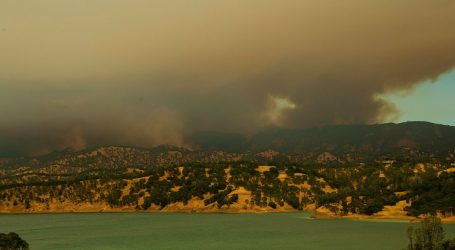 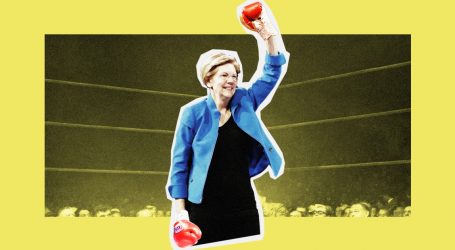