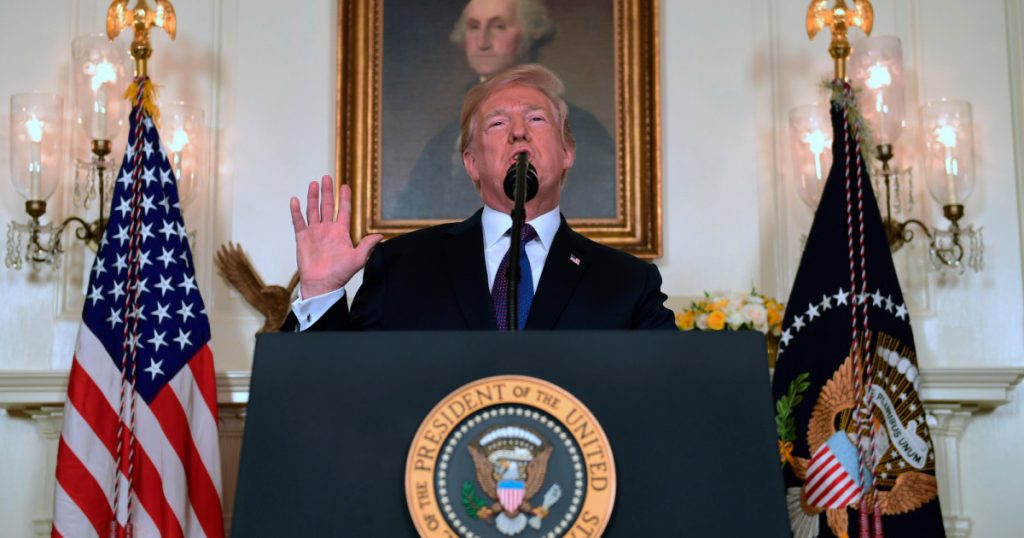 A perfectly executed strike last night. Thank you to France and the United Kingdom for their wisdom and the power of their fine Military. Could not have had a better result. Mission Accomplished!
— Donald J. Trump (@realDonaldTrump) April 14, 2018

The United States and allies launched missile strikes Friday night on Syrian targets in an effort to punish President Bashar al-Assad for a suspected chemical attack near Damascus last weekend that killed more than 40 people. Joseph Dunford Jr., chairman of the Joint Chiefs of Staff, said the attacks targeted a scientific research center near Damascus and a suspected chemical weapons storage facility and a storage facility, both near Homs.
In a televised address on May 1, 2003, abroad the aircraft carrier USS Abraham Lincoln, a few months after the invasion of Iraq, Bush emerged from a jet wearing a flight suit and gave a speech declaring that “in the battle of Iraq, the United States and our allies have prevailed.” A large banner with the words “Mission Accomplished” hung behind him. The speech drew extensive criticism as U.S. involvement in Iraq deepened over the next several year, and casualties mounted.
President George W. Bush in 2003.
J. Scott Applewhite / APTrump’s Saturday tweet came well before it was clear if the strikes had affected Assad’s ability or willingness to use chemical weapons. The U.S. had launched missile strikes against Syria in 2017 in a response to a prior suspected chemical attack.
As a candidate Trump generally claimed that he would avoid military entanglement in the Middle East and denounced Bush’s invasion of Iraq, claiming falsely to have opposed that war at the time. ADuring President Obama’s administration, Trump said he opposed U.S. military involvement in Syria. “We should stay the hell out of Syria,” he tweeted in 2013.
The strike on Syria is the latest sign of Trump’s shift toward the hawkish views favored by many former Bush advisers. He dismissed National Security Advisor H.R. McMaster in favor of John Bolton, who aggressively backed war with Iraq while serving under Bush, and who has urged preemptive attacks on Iran and North Korea. Trump ousted Secretary of State Rex Tillerson, who opposed ending a nuclear agreement with Iran, in favor of a more hawkish nominee, CIA chief Mike Pompeo.
Pentagon spokeswoman Dana White defended Trump’s tweet on Saturday. “It was mission accomplished,” White said. “We hit all our targets. It was a successful mission.” 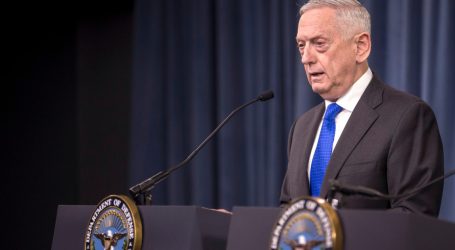 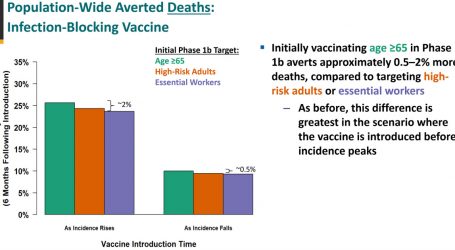 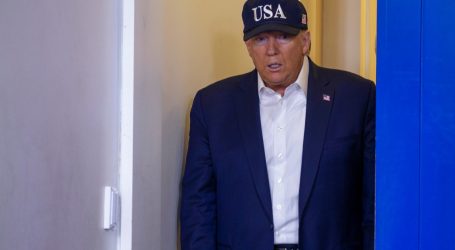