The gaping loopholes in Georgia’s “campus carry” law has left universities scrambling to figure out how to implement the new rules. On Wednesday’s “Political Rewind,” both Republicans and Democrats predicted a sweep of lawsuits aiming to block the legislation from taking effect in July because of murky language.

“It’s impossible to know where you can carry a gun and where you cannot, and if you choose to move forward with this implementation, you will be depriving people with due process,” said Democratic state Rep. Mary Margaret Oliver, outlining a potential legal strategy. “That’s my theory about what’s going to happen. It’s too big a mess.”

“It’s a bureaucratic morass. I think we are going to see litigation,” he said. “Obviously, I support expanded carry of the weapons myself, philosophically. But I’m not sure this bill is the perfect example of what we need to be doing.”

One example of the fuzzy language in the measure mentioned on the show: The bill exempts any areas designated for disciplinary hearings as gun free zones. Universities could declare vast sections of the campuses as places where such hearings are held, essentially nullifying the measure.

Listen to the entire show here:

Democratic strategist Steve Phillips gave House Minority Leader Stacey Abrams a ringing endorsement in a lengthy piece in The Nation supporting her strategy for the governor’s race – and encourages state Rep. Stacey Evans not to challenge her.

“What could be the possible point of urging other Democrats into the race other than to block Abrams’s path (resulting in the squandering of precious resources)?” he asks in the story, urging Evans to instead run for lieutenant governor.

Phillips, author of Brown Is the New White, contends that Georgia Democrats should embrace Abrams’ approach of mobilizing left-leaning voters who rarely or never cast ballots rather than trying to convince moderate-leaning white residents to flip from the GOP.

There are already rumblings that national progressive groups are reluctant to stand with Abrams’s campaign, and some donors and politicians are encouraging other, white, Democratic candidates to jump into the race. Names that have been mentioned include former deputy attorney general Sally Yates, who was fired by Trump, and state legislator Stacey Evans. (Yates announced this week that she is definitely not running for governor.)

An Atlanta Journal-Constitution article reported that the rationale for getting behind Evans is that she could perform better with white voters. That approach, however, was tried—and failed—in the last midterm election. In 2014, the Democratic nominees for governor and senator had two of the most famous last names in Georgia politics—Carter and Nunn. Jimmy Carter’s grandson Jason was the gubernatorial standard-bearer, and former Georgia Senator Sam Nunn’s daughter Michelle Nunn ran for the Senate.

They both lost by slightly more than 200,000 votes, receiving the standard 23 percent of the white vote that Democratic candidates in Georgia have received since 2008. Why would lesser-known candidates from less-beloved families do better? There is simply no empirical evidence that a Georgia Democrat can do much better than 23 percent of the white vote. The greatest upside and clearest path to victory in that state lies in expanding the number of voters of color—the most Democratic voters of all.

Secretary of State Brian Kemp’s campaign for governor brought him to Valdosta on Wednesday, where he continued a pro-Donald Trump string of populist themes.

The Daily Times reports he highlighted a crackdown on illegal immigration and a push for more rural broadband.

He wants to give rural Georgia the best and fastest Internet.

“That will open a lot of doors to a lot of problems in rural Georgia, like getting better paying jobs (and) more opportunities where people’s children can actually stay in their local community versus having to leave to go find a good paying job.”

Politifact Georgia ruled that a Democratic Congressional Campaign Committee ad that claimed Republican Karen Handel increased her office’s budget by 42 percent when she was secretary of state a “mostly false” rating. 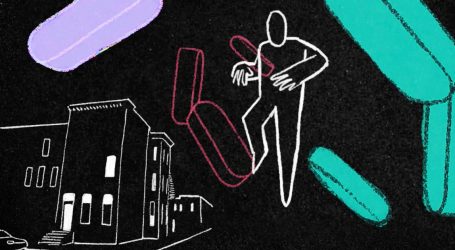