Yes, people who are 10 shades lighter than me run all of the committees. So are their consultants who receive big bucks to lose pivotal races like Tuesday’s special elections in Georgia and South Carolina.

The races were supposed to be referendums on Donald Trump and his policies, but only served to boost his already inflated ego. Check out the following tweets:

Democrats would do much better as a party if they got together with Republicans on Healthcare,Tax Cuts,Security. Obstruction doesn't work!

Well, the Special Elections are over and those that want to MAKE AMERICA GREAT AGAIN are 5 and O! All the Fake News, all the money spent = 0

Fact is, the country is becoming more diverse by the minute. Unless Democrats get in sync with the changing demographics and hire people who can tap into the diverse perspectives of voters, the party will continue to lose elections and its base of Blacks, Latinx, and the working class. In full disclosure, I’m a Black woman from the South and a registered Democrat. We lost Tuesday night and I’m not surprised.

Let me break it down: while over 30 percent of the people in the U.S. are of color, out of 535 federal legislative seats, there are only 49 Black people and 38 Latinx sitting in those seats. More specifically, the Senate only has one Black woman, Kamala Harris of California, and four Hispanics.

So Democrats are going to run a diverse bench to win 2018 elections, right? Well that should be the case, but Democrats do not have a deep bench of players to call into the game. You know who’s really good at investing in statewide and local races and building a bench AND winning? Republicans!

As a result, Democrats lost two races the party could have won. Democratic congressional candidate Jon Ossoff lost to longtime Republican Karen Handel in Georgia because, in a state that has one of the largest African-America voting populations in the country, most of the strategic advisers and staff were White.

Democrats spent over $30 million on the Georgia race–the most spent on a congressional race in recent U.S. history. In South Carolina, Republican Ralph Norman defeated Democrat Archie Parnell for a congressional seat because the party gave up on the state a long time ago. We figure it’s too red to attempt to flip. That’s obviously not true because Parnell lost only by 3 percent in a district where Democrats typically lose by 19 percent. Democrats criticize the Republican Party for being led by elite, White men, but Democrats have the same problem based on how it spends money.

We are losing because leaders prefer to invest in candidates who are White men, give their money to White consultants, hire White people to staff races, and play the short game of winning congressional races instead of investing in state legislative, mayoral, and city council seats to build a bench.

People of color are no longer interested in losing races by slim margins. Our families are sick, dying, and broke. We want to start winning. The demographics of this country are shifting and if the Democratic Party doesn’t shape up, its base is going to ship it out.

China Dickerson has worked in politics, government, and community organizing for over 10 years. The Charleston, South Carolina, native currently lives in Washington D.C., where she works as a political strategist, and executive director of D.C. Young Democrats. Follow her on Twitter at @MsChinaD 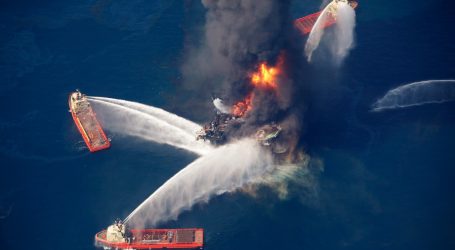 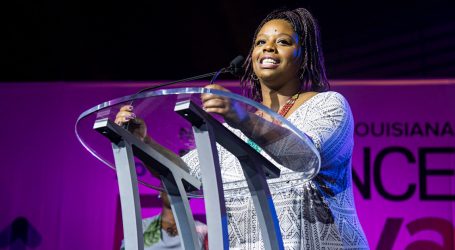