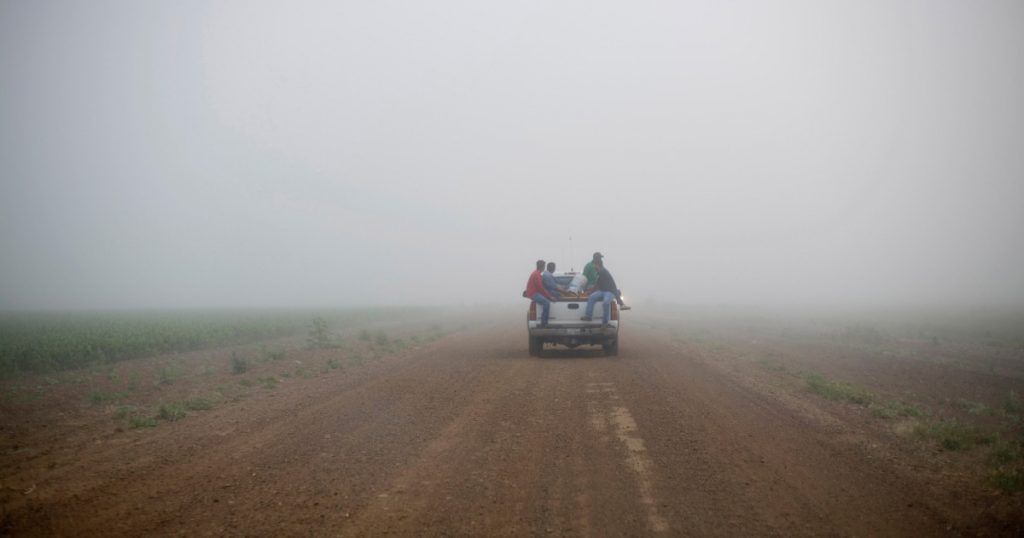 Every year in mid-March, thousands of men from all over Mexico show up in downtown Monterrey, the country’s third-biggest city, with big, rolling suitcases and folders full of documents. They huddle in groups outside of cheap hotels, waiting on their appointments at the US consulate so they can get the stamp on their passport that allows them to head north to work on farms across the United States.
In a typical year, more than 200,000 foreigners will get temporary permits, known as H-2A visas, to work in agriculture from Florida to Washington and everywhere in between. But after fears of the coronavirus pandemic soared in recent weeks, the United States government decided on Monday to close consulates like the one in Monterrey—leaving American farmers scrambling and Mexican workers stranded at one of the busiest times of the season.
“Without these workers, everything ceases to exist,” says Diane Kurrle, senior vice president of the US Apple Association. The agriculture sector, she notes, “has become increasingly dependent” on the H2-A program—so much so that it’s doubled in the last five years.
The indefinite closure of US consulates could have massive consequences for American growers and cause a shortage of fruits and vegetables for consumers. For decades, farms in the United States—from family-run operations to massive, industrial-scale growers—have contracted with Mexican laborers for months at a time to plant and harvest much of the produce we eat every day. In fiscal year 2019, the Department of Labor certified more than 257,000 H2-A requests from American farms. Once the Labor Department certifies those positions, farms are then allowed to recruit workers who go through the visa application process in US consulates. State Department data shows that last year it issued 204,801 H-2A visas to workers from around the world. More than 180,000 were from Mexico, and most of those visas were issued in the spring months: 32,159 in April, 24,268 in May. The US consulate in Monterrey issued 65 percent of those.

At least until the coronavirus hit. In response to this week’s consulate closures, the Agriculture Workforce Coalition—an industry group that includes the US Apple Association—wrote a letter to Secretary of State Mike Pompeo on Wednesday, expressing its “deep concern” with the suspension of visa processing at the US embassy in Mexico City and other consulates across the country because of the pandemic. While many crops, like apples, won’t be in peak harvest season for months, farms are already planting, pruning, and more, with workers arriving this month and staying through the harvest season. Farmers already have applications pending for hundreds or thousands of temporary workers.
“An interruption to the processing of agricultural worker visas will undoubtedly cause a significant disruption to the US food supply,” the Agriculture Workforce Coalition wrote in its letter to Pompeo. “The American people need a stable food supply to maintain healthy diets and strong immune systems, especially now during this national health crisis. The failure to take necessary action to protect our food supply will result in bare shelves in grocery store produce aisles, not from panic buying, but as the result of the federal government directly causing a shortage of critical labor.”
On Thursday morning, State Department officials told me that while they are suspending routine visa services in most countries worldwide, “they were reviewing all possible options” to prioritize H-2A applications, “given the significant economic importance of these workers for farmers and small businesses.” The agency said that it’s not issuing new H-2A visas, but workers who are eligible for an interview waiver (meaning they have received the visa in the past and showed up to in-person interviews in the last year) would be issued renewals without having to go to a visa appointment.
Meanwhile, thousands of workers from all over Mexico have started turning up in Monterrey with the expectation of working in the United States for much of 2020. For many of them, any delays or visa reductions could mean the difference between keeping their families afloat or plunging further into debt, something that worries advocates like Evy Peña with Centro de Derechos del Migrante (CDM), a nonprofit advocating the rights of migrant seasonal workers.
“We tend to think about the food we’re eating and not the people growing it,” Peña says. Beyond that, she is concerned that misinformation about the coronavirus and about the temporary cancellation of visa appointments will spread in Monterrey—and among workers who could fall victims to fraud. Peña and CDM have pushed for reforming the H2-A program to give workers more protections and to mandate more oversight for labor recruiters in Mexico and employers in the United States. She fears that the current situation could “exacerbate what already exists: fraud, illegal recruitment, unpaid reimbursement, and overcrowded living quarters.”
According to the State Department, consular offices are reviewing their capacity to process visa applications during this pandemic, hoping to exercise social distancing and renew workers’ visas. But even when they resume visa processing for some workers, even the slightest interruption in the supply of workers has the potential to disrupt food production in the United States.
Beyond that, the US Apple Association’s Kurrle says, rural communities whose economies rely on seasonal workers will also get squeezed. “It affects the folks who deliver the apples, the truck drivers, the sales marketing jobs for those companies, the people who produces the boxes and crates—they don’t have jobs either.”
Camille Squires contributed to this story. 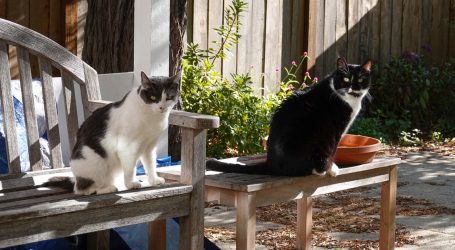