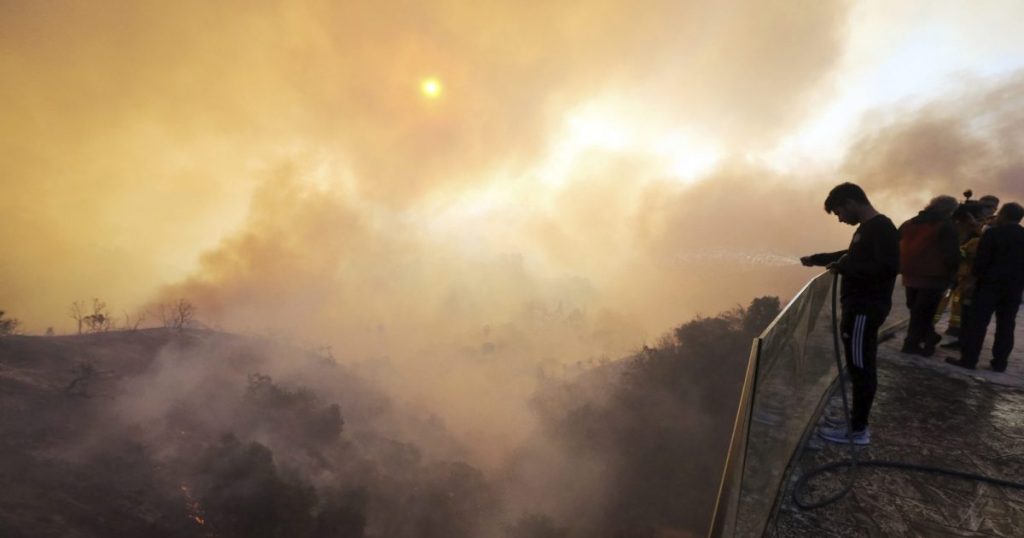 On Monday evening, a wildfire ignited in the foothills of a popular hiking spot in Ventura, California, northwest of Los Angeles. By late Tuesday, the Thomas Fire had jumped highways and burned through oil fields before eventually reaching the Pacific Ocean. Since then, multiple wildfires in and around Los Angeles County have charred more than 83,000 acres of land—and several of them are still growing. Governor Jerry Brown declared a state of emergency on Tuesday, which allows state funds, resources, and employees to join the disaster relief. As the Skirball brush fire in Los Angeles’ Bel Air neighborhood burned uncomfortably close to the 405 highway on Wednesday morning, commuters took to Twitter to show the grisly landscape:

Santa Ana winds are feeding on thick brush that’s especially dry this year and there’s no rain projected through Friday, making it harder for fire teams to contain the flames. We’ll be keeping an eye on the situation as it unfolds and updating this post. In the meantime, here’s what you need to know:
Where are the fires?
Ventura County’s Thomas Fire, the largest of the blazes, is 0 percent contained and has burned at least 65,000 acres and 150 buildings. Further east, Rye Fire and Creek Fire, both in Los Angeles County, erupted Tuesday morning and have burned at least 18,377 acres cumulatively. The Rye Fire is 5 percent contained and the Creek Fire is 0 percent contained. San Bernadino County’s Little Mountain Fire is 80 percent contained, and fire team hopes to have it completely contained before winds pick up tonight.
High-speed winds are still fueling new flames: A new brush fire nearby the Getty Museum, dubbed the Skirball Fire, ignited Wednesday morning near the 405 freeway and 25 miles per hour winds soon fanned the fire across 150 acres. Here’s an interactive map of the area’s active fires:

Who’s affected?
Nearly 200,000 people have been evacuated from their homes and travel in certain areas is still dangerous. Parts of the 405, 210 and 5 highways have closed, and more than 50 schools are closed across the affected areas. At least 150 structures, including a large apartment building and a mental health facility, have been scorched.
Some of the houses belong to the area’s many film and entertainment celebrities. The home of media mogul Rupert Murdoch reportedly burned to the ground on Wednesday, and residents in the village of Casitas Springs wondered if Johnny Cash’s historic home survived the fires.

At least five homes turned to rubble after #VenturaFire rolled through. A 360 view from just one street. This is a portion of Heidelberg ave. pic.twitter.com/DkGjw3N8Tp
— Sara Sidner (@sarasidnerCNN) December 5, 2017

The Skirball Fire, the most recent 150-acre brush fire, ignited near the Getty Center, a 20-year-old museum with a renowned art collection of both contemporary and historical pieces including Roman antiquities and Byzantine manuscripts. The neighboring Jewish cultural building on the 405 highway, the Skirball Cultural Center, closed on Wednesday until further notice.

A fast-moving brush fire near the #GettyCenter in Los Angeles forced evacuations and shut down a major freeway, as a series of devastating Southern California #wildfires continue into a 3rd day https://t.co/K8gBBTtzpw #SoCalFires #wildfire #CAWildfires #SkirballFire pic.twitter.com/1tIAzfJdH0
— Merced (@Merced_Calif) December 6, 2017

Is climate change causing these fires?
California’s wildfire season often extends into the fall, when high-speed winds fan parched forests and grasslands before the winter rains arrive. But an inferno this late in the year is unusual, Chief Daniel Berlant, assistant deputy director of Calfire, told the New York Times in response to this week’s blazes. “In the last decade we’ve had more and more fires in the nontraditional fire season months, which really emphasizes the changing climate that we have here in California,” he said.
My colleague Matt Tinoco explored the connection between climate change and wildfires when blazes erupted in Northern California in October, citing a study by bioclimatologist Park Williams. “Climate is really running the show in terms of what burns,” Williams wrote. “We should be getting ready for bigger fire years than those familiar to previous generations.”
Two-thirds of the state’s largest wildfires in the past century have occurred since 2002, according to Calfire.

Thick smoke is seen streaming from several fires, including the #CreekFire, in southern California in this @NASAEarth satellite view from this afternoon. Take a look: https://t.co/xXJl4Vx6mr pic.twitter.com/uz3dlB4FQv
— NASA (@NASA) December 5, 2017 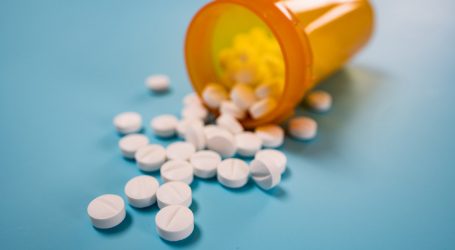