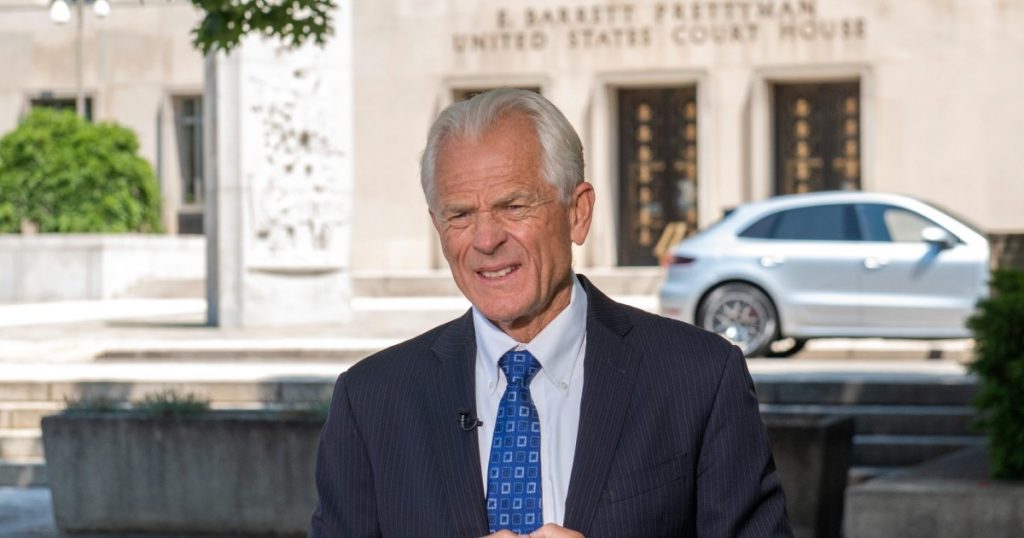 Peter Navarro outside federal court in Washington, DC on Tuesday, May 31, 2022.on Sachs/CNP via ZUMA

Facts matter: Sign up for the free Mother Jones Daily newsletter. Support our nonprofit reporting. Subscribe to our print magazine.Peter Navarro, a former adviser to Donald Trump facing contempt of Congress charges, ranted about United States government in a court hearing in DC on Friday, alleging that Congress conspired with the Justice Department to deprive him of his rights. “I am … disappointed in our republic,” Navarro told the judge.
On Saturday, Navarro was in New York, praising the New Federal State of China, a supposed government-in-waiting for Beijing launched in 2020 by Guo Wengui—also known as Miles Guo, an exiled Chinese businessman—and Steve Bannon, another former Trump aide. Navarro last year became “an international ambassador” for the group. It’s not clear what, if any, responsibilities that role entails. And Navarro has not responded to questions about what he may be paid.
“Yesterday about this time I was in a jail cell with leg irons and handcuffs on for standing up for an important constitutional principle in this country, but I would not let that stand in the way of coming to see you, the great Miles Guo, and to be here with my brother in arms Steve Bannon to talk really about the importance of freeing China form the Chinese Communist Party,” Navarro told a host who was interviewing him as part of the New Federal State’s second anniversary celebration.
Bannon, too, was indicted for contempt of Congress last year. Both men have refused to cooperate whatsoever with subpoenas from the select congressional committee investigating the January 6 attacks, which is seeking information about the advice they gave Donald Trump on his efforts to use false election-fraud claims to remain in office.
The anniversary event was held at the 3 Columbus Circle offices of Gettr, the conservative social media application Guo helped finance. Gettr’s CEO, former Trump spokesman Jason Miller, has claimed that Guo is merely an investor and does not own Gettr or take part in its day-to-day management. Miller also attended the event Saturday.
In February, I wrote in depth about the New Federal State of China for Mother Jones, after attending the organization’s first anniversary gala a year earlier.
It was the anniversary gala for the New Federal State of China, a supposed government in exile dedicated to the overthrow of the CCP, launched by Guo and Bannon at another surreal event one year before. On that occasion, Guo signed a declaration of principles in his own blood and, declaring “Love you,” planted a kiss on an uncomfortable-looking Bannon as planes dragged congratulatory banners overhead. The launch was held in New York harbor with the Statue of Liberty and the Lady May, Guo’s $28 million, 150-foot yacht, in the background. That is the same boat on which federal agents arrested Bannon later that summer on charges of defrauding donors in a quixotic campaign to fund border-wall construction…
The NFSC has no full-time staff and no website, and it is not even a legally incorporated entity. What funding it receives seems to flow from the Rule of Law Society and the Rule of Law Foundation, nonprofits launched by Guo and Bannon. The two organizations are part of a web of more than 60 commercial, nonprofit, and online groups that Guo controls—what the mogul and his far-right adviser call the “whistleblower movement.”
In summary, the organization is deeply strange and, in many respects, fake. Guo and Bannon claim it is poised to receive diplomatic recognition as the rightful government of China. That is ridiculous and false. But the assertion has helped Guo raise large amounts of money from supporters among the Chinese diaspora. The title of “ambassador” conveyed on Navarro, appears to be part of an effort to create the appearance that the organization is some sort of sovereign body.
What does it mean that Bannon and Navarro refused to cooperate with a congressional inquiry into the coup attempt they advised Trump on, and also work with Guo’s bizarre organization? It shows they are extremists, committed to promoting causes that are both bizarre and dangerous. 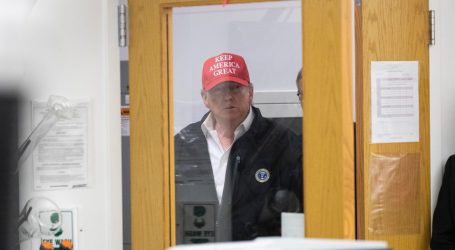