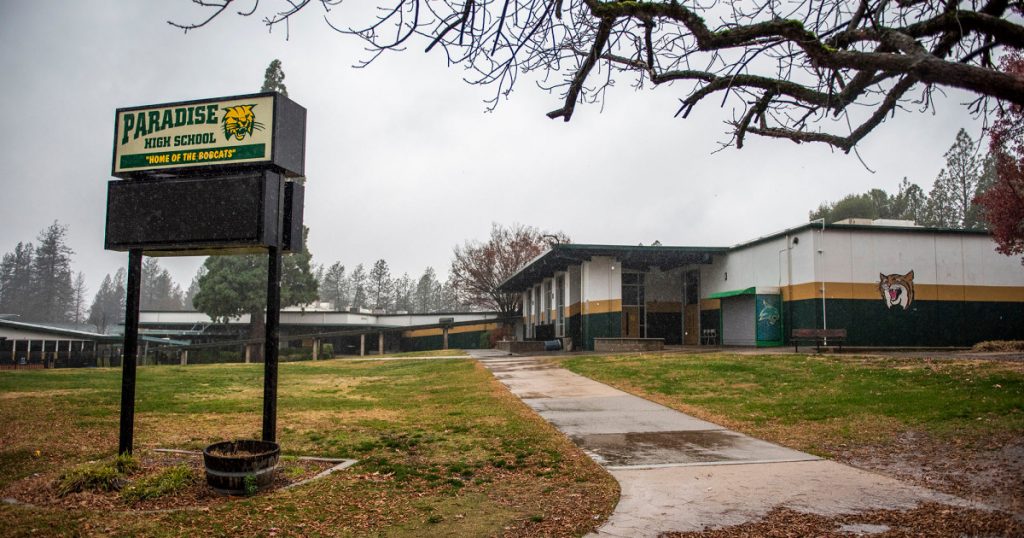 Early on a recent Thursday morning, in the middle of a still-dark mall in Chico, California, a handful of high school students sat in a converted LensCrafters and worked on assignments for the end of the semester. They came from the nearby town of Paradise, which had been devastated by the deadliest wildfire in state history just a month earlier. With most of the community’s schools destroyed, Paradise Unified School District had set up a drop-in learning center at the mall for kids to stop by, finish up their remaining work, and meet with teachers whenever they needed help.

As the stores opened up for business and shoppers started to pour through the mall, Christmas music blaring through the central speakers, the Paradise High kids came and went. Some hung out on reclinable chairs next to the learning center’s entrance, while others huddled at tables in the food court. At times, teachers outnumbered students.

That morning, English teacher Virginia Partain set out some canvasses and brushes for a pop-up painting class. She’d been working at the learning center since it first opened on December 3 and had decided that the students needed something different to help them take their mind off the Camp Fire and the countless-related stresses. Painting had served as a form of therapy for the 64-year-old Partain since her husband died of cancer in 2013. “For that moment in time, you are engrossed in what you are doing,” Partain said. “It’s meditative for me.”

Paradise High English teacher Virginia Partain lost her home in the Camp Fire. Like her students, she is learning how to cope with her loss.
Rosa Furneaux/Mother JonesA few minutes before the first bell rang, teachers were called into a meeting and told school had been canceled for the day—and that they needed to evacuate. Soon, parents scrambled to pick up their kids. At around 8:30 a.m., Partain rushed home and grabbed her cats, Nirvana and Tranquil, along with a blanket and her students’ college application essays. “You think of your kids first, then yourself,” she says. Partain made her way out of Paradise and later found out from a former student that her teal house had gone up in flames. Her prized possessions were gone: the paintings she made, a quilt made from her husband’s shirts, her Buddha, the stone peace sign sculpture her husband bought her the time she was in the hospital.

In the weeks following the fire, Paradise teachers received training on how to interact with students who are dealing with trauma. Who better, Partain reasoned, to help students deal with their trauma than their teachers, who were also going through the same experience of loss? “We’ve had counselors available, but the kids want to talk to the teachers,” she said. “They know we know them. They have a relationship with us. So a lot of times the kids will come in and want to tell their story.”

Paradise Elementary School was destroyed by the Camp Fire. Many students are now attending classes in nearby towns. Rosa Furneaux/Mother Jones.And for many students, the fire was just the latest hardship. At Paradise High, for example, more than half of kids qualify for free and reduced meals. Among all households in Butte County, 30 percent of adults reported having been exposed to at least four traumatic experiences in childhood—like emotional neglect, physical abuse, or exposure to drugs and addiction—the highest such rate in the state. “We’ve had a lot of kids who have had traumatic experiences,” Partain said. “They are pretty darn resilient, though.”

That afternoon, Harmony Von Stockhausen and her mother, Jennifer, came by Partain’s makeshift art studio to paint. The petite 17-year-old senior with curly brown hair and camouflage cargo pants sat alongside 15 or so students and teachers from Paradise High to re-create their school’s mascot, a bobcat. Harmony, who was named homecoming queen a few months ago, had occasionally stopped by the learning center over the past few weeks to meet with counselors, but she missed seeing her teachers—including Partain, who told me she had known Harmony since she was a freshman and “a little bit feisty”—in class every day.

“Kids keep coming,” Partain said. “They keep coming in to see us, to get the hug, to see that I’m still here. I’m still Mrs. Partain. I still care.”

Harmony recently had been focusing on helping her mom find a new place for them to live, reconnecting with her friends, and submitting her college applications. Unlike many of her classmates, she said she hadn’t changed her college essays to tell the story of the Camp Fire. Instead, she had written about what happened before the fire, when her mom’s marriage fell apart and they spent some time without a home. Harmony stayed with friends and Jennifer’s sister and rarely got to see her mother. “It was a bad situation,” Jennifer said.

Then, a few months ago, they managed to find a mobile home less than a mile from the high school—so close that her mother could hear the bell ring. “She’d tell me, ‘Harmony, you’re late. I hear the bell go off,’” Harmony said. The morning of the fire, she went outside around 8 a.m. and noticed embers falling from the sky. She headed to school, but a few boys she encountered told her to turn back. “You need to leave,” they told her. “You need to get out.”

Harmony Von Stockhausen, 17, is attending classes at a makeshift school in the Chico Mall. She and her mom are staying with strangers; Harmony’s new bedroom belonged to a baseball fan. The Paradise High senior prefers cheerleading. Rosa Furneaux/Mother JonesShe and her mother fled to her grandparents’ house, just a few minutes away, to make sure they were okay. Her grandfather wanted to stay to protect his home, where he lived for most of his life and where, Harmony said, he thought he’d die. She and Jennifer drove to her house and grabbed whatever possessions they could. “My mom grabbed my homecoming crown instead of her medication,” Harmony said with a chuckle. They couldn’t leave Paradise until the afternoon when the sky was as dark as night and propane tanks boomed in the distance. As she left town, she saw her best friend’s house was destroyed, among many others. She could feel the heat inside her mother’s car.

“I just couldn’t believe that the town I was born in was burning in front of my eyes. I never thought this was going to happen,” Harmony said. “We had just finally found a new home. We were just starting up again, so it was hard to have it taken right back away.”

With her two best friends now in Davis and San Jose, Harmony said she’d lately been feeling a bit stuck in Chico. But while she once dreamed of escaping to San Diego or San Francisco after high school, she told me back at the mall that she now wants to go to California State University-Chico, where’s she’s been going a couple of times a week to take Advanced Placement courses until the new version of Paradise High was up and running. She said she wants to get a degree in biology and eventually go to medical school to help others.

We were chatting outside the learning center, after the painting class had wrapped up. Jennifer held up her daughter’s finished bobcat painting, and Harmony laughed. “It looks scary,” she said. Of course, that was beside the point: When Harmony eventually discussed the class with Partain, she told her, “That was really cool. I didn’t think about anything.”

Paradise Elementary School was destroyed by the Camp Fire. Many students are now attending classes in nearby towns. Rosa Furneaux/Mother Jones 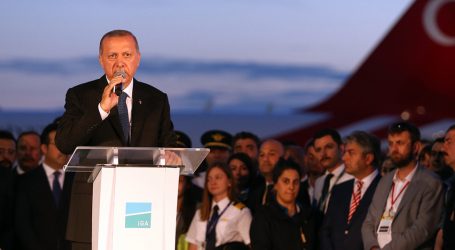 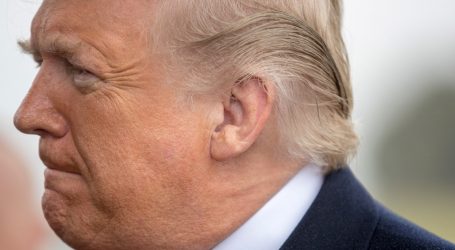