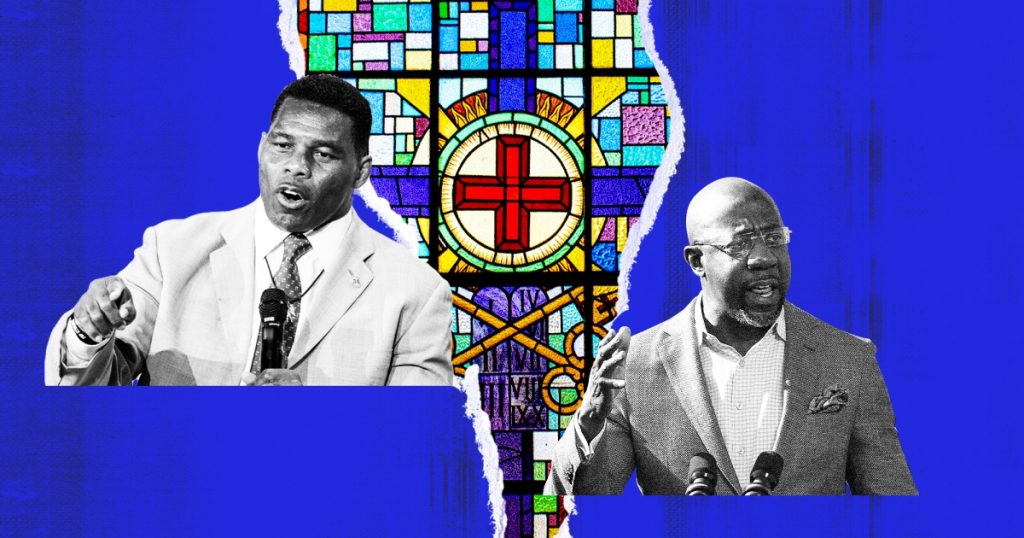 Fight disinformation: Sign up for the free Mother Jones Daily newsletter and follow the news that matters.So. Much. Prayer.
Kicking off debates, woven into speeches, and emanating from pulpits serving as campaign pit stops, God is everywhere in the Senate runoff between Democratic incumbent Sen. Raphael Warnock and his Trump-backed challenger Herschel Walker. I grew up in the Southern Bible Belt, and even I’m blown away by the sheer amount of Jesus inundating the campaign as the final vote draws near.
Voters are already turning out in record-setting numbers ahead of December 6 to help determine if Democrats, who clinched the narrowest of Senate victories again in November’s midterm elections, can enjoy a certain measure of legislative breathing room, including more control of Senate committees, as a counterweight to the new Republican House majority.
But if one listens to the mood of the campaigns, the stakes have become, for wont of another word, apocalyptic.
During recent trips to Georgia to visit family and friends, it became clear that in addition to voting red or blue, voters also will be choosing between two wildly different visions of Christianity itself, as embodied by these two dramatically contrasting candidates: One, whose religious lineage traces directly from Dr. Martin Luther King, Jr. and the civil rights movement; the other, who preaches the gospel of right-wing Christian nationalism, where the waters between church and state are muddy and the topics of conversation revolve around incendiary culture war politics. Mother Jones readers don’t need me to point out which is which.
Christianity itself, in other words, is on the ballot in Georgia.

In this new video—my first for Mother Jones—I speak to two religious leaders who are outspoken about this divide, to try to understand the political stakes. But I’m also trying to delve deeper into the religious dynamics of this battle for Georgia’s soul in my conversations with Derek Berry, the senior pastor of the Tabernacle Baptist Church, in Hiram, Georgia, and Rev. Dr. Neichelle Guidry, the dean of Spelman College’s Sisters Chapel in Atlanta.
While Walker-backing Berry wants to rewrite the nation’s laws in God’s image—”I don’t believe the false narrative of the separation of church and state,” he told me—Guidry, a Warnock supporter, sees faith as a vehicle for inclusion.
“I think that he is someone who has not weaponized his faith, but, rather, sees his faith as a vehicle for doing good things,” she said. “Doing justice, love mercy, walking humbly.” 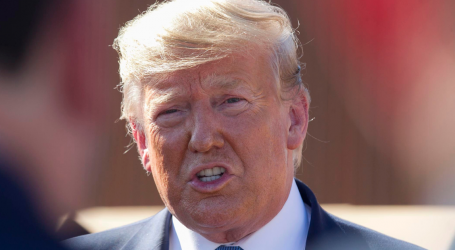 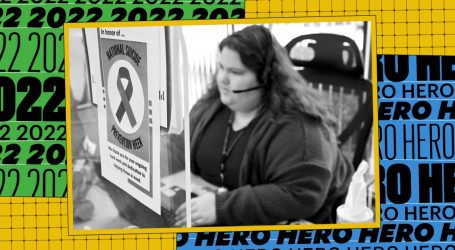