Developers have big plans for the land surrounding Turner Field and work is scheduled to begin this year.

Carter, an Atlanta firm, released renderings Tuesday of what they hope will be a live, work, play redevelopment of approximately 70 acres in partnership with Georgia State University.

GSU officially closed on the property January 5 and will start transforming the former home of the Braves into a football stadium next month.

The land includes the former Fulton County Stadium site, which served as the Braves ballpark from 1966 to 1996. Turner Field was built to host events for the 1996 Olympic games in Atlanta and the Braves started playing there in 1997.

Becker said the project will preserve and add to that rich tradition. The university plans to rebuild a baseball stadium in the footprint of the 1966 ballpark.

Scott Taylor, President of Carter, said the company will break ground by the end of 2017 on a private dormitory and a multi-family housing development, which will both include retail on the ground floors.

“We’d love to see neighborhood businesses,” said Taylor. “We really want to see that local influence to where shop owners and restauranturs can really bring their passion and their skill and have a great, local, authentic feel.”

Eventually, Taylor would like to see corporate development and public transit join the mix.

Overall, the project represents millions of dollars of redevelopment in an area often seen as a wasteland of parking lots.

Georgia State projects the stadium project will cost about $100 million, far less than some stadium renovations across the country. According to GSU, the money will not come from increased student tuition or fees, but private fundraising and “institutional resources.”

Naming rights for the stadium are available for $2.5 million per year.

The Panthers are scheduled to play their home games at the redeveloped stadium this fall. The final renovations will be completed in time for the 2018 football season. 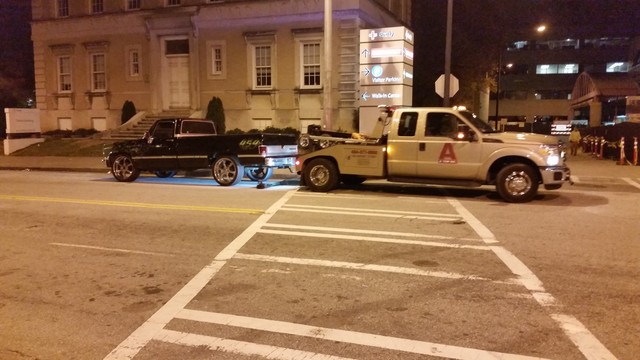