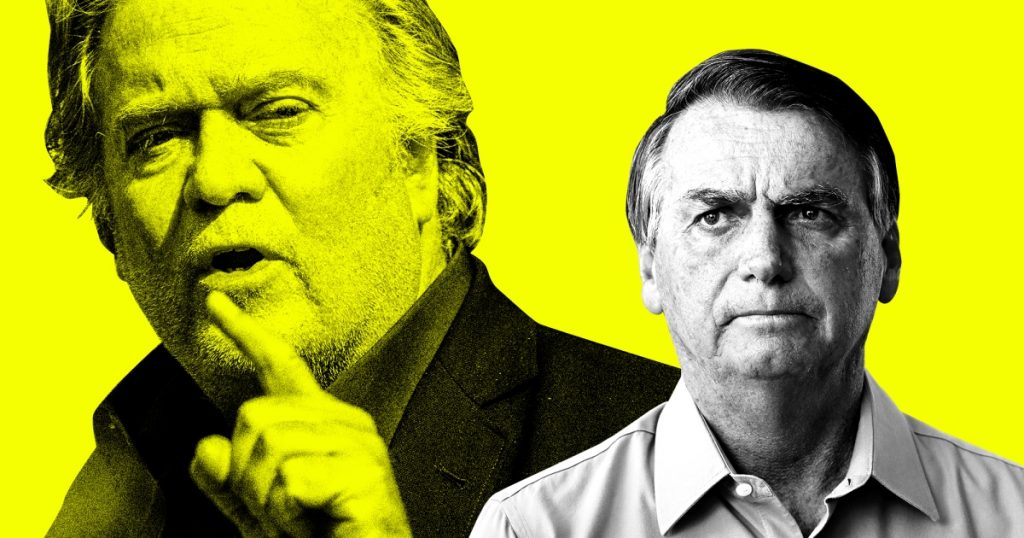 Fight disinformation: Sign up for the free Mother Jones Daily newsletter and follow the news that matters.Top purveyors of former President Donald Trump’s election fraud lies are now calling for Brazil’s far-right President Jair Bolsonaro to follow Trump’s lead and refuse to admit defeat.
“Bolsonaro can’t concede,” Trump adviser Steve Bannon, who in 2020 helped Trump carry out a plan to convince backers that he had not lost, said on Sunday. Bannon spoke shortly after Brazil’s electoral authority announced that voters had narrowly elected leftist former President Luiz Inácio Lula da Silva, known as Lula, ousting Bolsonaro after one term.
A populist sometimes called the “Trump of the Tropics,” Bolsonaro offered Trump his endorsement in 2020 and received Trump’s support this year. Like Trump in 2020, the Brazilian president has worked to lay the groundwork for contesting an election defeat by questioning the validity of voting machines in Brazil, which has a fully electronic voting system. He has insisted that he could only lose through fraud and suggested he would not concede, ominously declaring in August: “I have three alternatives for my future: being arrested, killed, or victory.”
Bolsonaro remained silent on Monday—he is expected to address his nation on Tuesday. But his American fans quickly raced ahead of him. “Take to the streets, brothers of Brazil!” Ali Alexander, a far-right activist who organized “Stop the Steal” events after Trump’s defeat, including one on January 6, wrote on Trump’s social media app, Truth Social. “Military standby. Peacefully and patriotically!”
Bannon on Monday peppered his account on another right leaning social media app, Gettr, with vague claims that anomalies in voting patterns suggested Brazil’s election “was rigged and stolen.”
Both men latched onto a Foreign Policy article describing diplomatic efforts by the Biden administration to “head off any efforts by Bolsonaro to subvert the results of the country’s heated presidential elections.” They portrayed the article, which described efforts to prevent a coup, as evidence that Biden was helping Lula execute one.
The MAGA claims about Brazil, that is, are ridiculous. Alexander and Bannon are lying on Bolsonaro’s behalf, but not working too hard at it. They are not actually trying to prove Bolsonaro won. Instead, as with the ornate conspiracy theories Trump and his supporters pushed in 2020, the goal is to motivate followers already primed to accept any fraud claim.
Bannon notably is using his allegation of fraud in Brazil to push Trump’s followers to vote in the America’s November midterms, arguing that they need to overcome Democratic cheating.
The quick voter-fraud claims from Big Lie backers show that they are uncowed by any legal consequences they might face from promoting Trump’s fraudulent bid to remain in power. Bannon is free on appeal after a judge sentenced him to four months in prison for contempt of Congress for refusing to comply with a subpoena from the January 6 House Select Committee. Alexander is not facing criminal charges, but he has been sued by Capitol Police officers for his role in organizing events that preceded the attack on Congress.
The far right’s eagerness to lie for Bolsonaro is no surprise. As my colleague Isabela Dias recently noted, Bolsonaro is part of “an increasingly globalized right-wing nationalist movement in Italy, Hungary, and, less successfully, France,” a loose alliance of reactionary demagogues that Bannon has loudly promoted.
Still, the brazen irresponsibility of these efforts is worth noting. GOP election fraud claims have helped to endanger democracy and the peaceful transition of power even in the world’s oldest constitutional democracy. Brazil escaped a military dictatorship only in 1985. Trump’s acolytes, behind a pretense of populism, are messing with potentially fragile democratic institutions, at home and abroad. 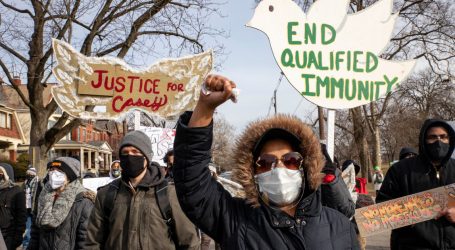 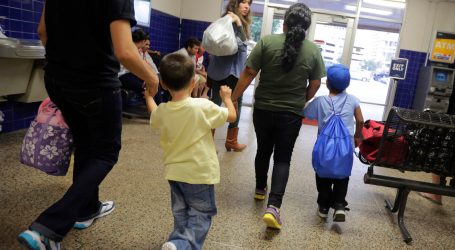