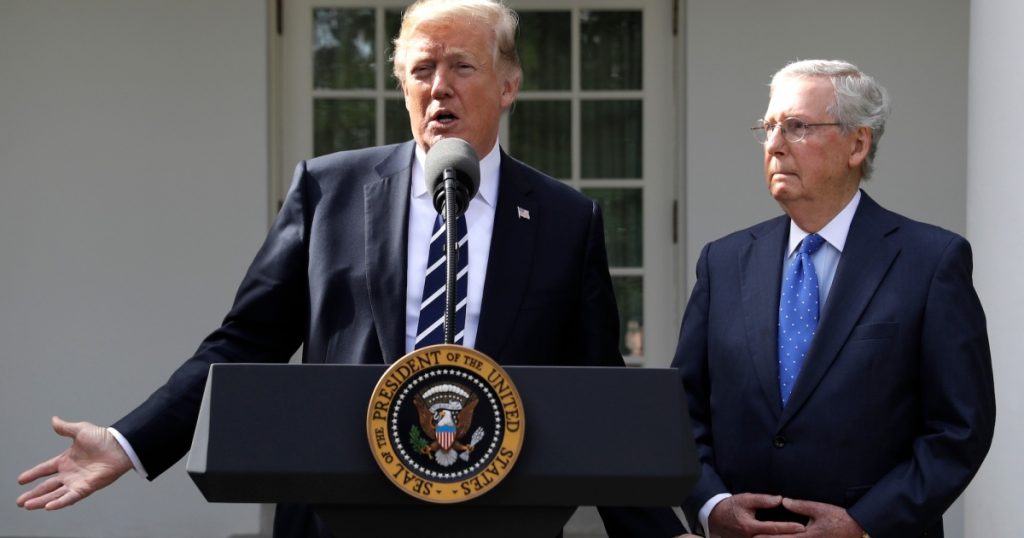 Fight disinformation: Sign up for the free Mother Jones Daily newsletter and follow the news that matters.This weekend, former president Donald Trump did his best to remind us why he is banned from major social media platforms. In a post on Truth Social targeting Majority Leader Mitch McConnell, Trump declared, “He has a DEATH WISH.” He then pivoted to a racist attack on McConnell’s wife, Trump’s former Transportation Secretary Elaine Chao, who was born in Taiwan.
On Meet The Press, Chuck Todd called Trump’s tweet a “death threat,” adding that he didn’t know what else to call it.

WATCH: Fmr. President Trump implies a “death threat” to Sen. Mitch McConnell and posts a racist attack on his wife, fmr. Transportation Sec. Elaine Chao.@SusanPage: “In this climate where many members of Congress are getting death threats … it’s especially not humorous.” pic.twitter.com/NwYuACPZst
— Meet the Press (@MeetThePress) October 2, 2022

The same day as Trump’s post appeared, the New York Times published a major story on the disturbing surge of threats and in-person confrontations that members of Congress have faced in the wake of January 6. “I wouldn’t be surprised if a senator or House member were killed,” Sen. Susan Collins (R-Maine) told the Times. “What started with abusive phone calls is now translating into active threats of violence and real violence.”
In Collins’ case, a yet-to-be-identified assailant smashed a window at her home. Across the country, a man showed up outside Rep. Pramila Jayapal’s (R-Wash.) Seattle home carrying a loaded pistol. Rep. Alexandria Ocasio-Cortez (D-NY) has sometimes taken to changing where she sleeps as a result of seemingly never-ending threats.
Members of both parties have been threatened, but there’s an obvious asymmetry in who promotes such behavior. The Times reports the number of documented threats against members of Congress increased more than tenfold in the five years after Trump was elected. There were 9,625 such threats last year, according to the Capitol Police. The Capitol Police, however, have only arrested “several dozen” people over the past three years. “The goal is to de-escalate this behavior,” a spokesman told the paper. “Most of the time getting mental health treatment may be more successful than jail in order to keep everyone safe.”
The seeming lack of action has led many members of Congress, particularly representatives of color, to start paying for their own protection. Cori Bush (D-Mo.), a Black representative who has faced many death threats, has spent nearly $400,000 on security—more than anyone else in the House. That was surpassed by the almost $900,000 Raphael Warnock (D-Ga.)—one of three Black Senators—has spent on his security. (Sen. Ted Cruz, the little loved Texas Republican, came in second.) Ocasio-Cortez told the Times it took two-and-a-half years to finally get additional security. “You are now extra tasked with providing and coming up with your own financial resources for your own safety,” she said.
This summer, the top law enforcement official in the House announced that members would each get an additional $10,000 to secure their homes. But that money is not much help once they step outside.
After mentioning McConnell’s supposed “DEATH WISH,” Trump ended his post with the racism that sustains him. “Must immediately seek help,” Trump wrote about the majority leader, “and advise [sic] from his China loving, Coco Chow!”
On Sunday, CNN’s Dana Bash asked Rick Scott, the Florida Senator who is in charge of the National Republican Senatorial Committee, about the violence and racism of Trump’s post. “As you know, the president likes to give people nicknames,” Scott replied. “You can ask him how he came up with the nickname. I’m sure he has a nickname for me.”

Then he pivoted to inflation before returning to alluding to a former president he didn’t name. His anodyne conclusion? “I don’t condone violence,” Scott said, “and I hope no one else condones violence.” 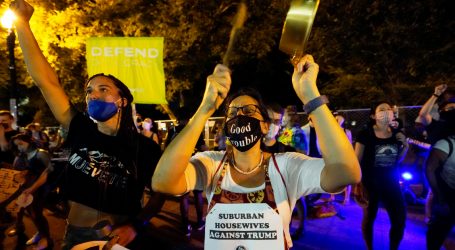