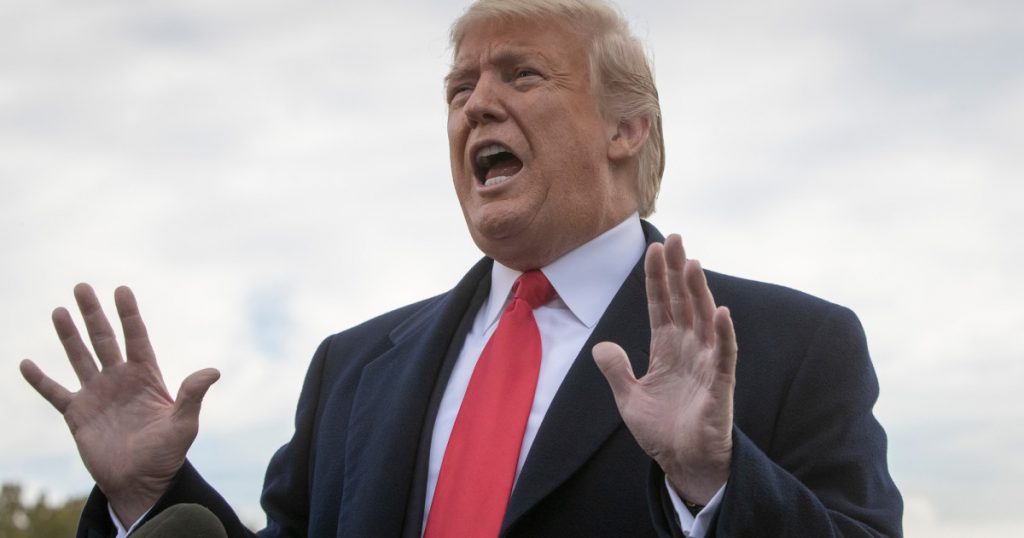 President Donald Trump talks to reporters before he travels to Fort Myers, Fla., for a campaign rally on Oct. 31, 2018. J. Scott Applewhite/AP

At a campaign rally for Florida Republican candidates on Wednesday night, President Donald Trump redoubled his attacks on the media, again claiming the “far-left media” is responsible for creating divisive rhetoric in the wake of pipe bomb attacks that targeted Trump’s critics and a massacre at a Pittsburgh synagogue that left 11 dead.
“The left-wing media doesn’t want to solve problems,” Trump told the crowd. “They want to stoke resentment.”
Fort Meyers was the latest stop on the president’s campaign swing across the country to rally his base for vulnerable GOP candidates locked in tight races, such as Florida Senate candidate Rick Scott and gubernatorial candidate Ron DeSantis. But before he sang the praises of “Rick and Ron,” the president criticized the “far-left media” for telling “terrible lies” about his response to the synagogue shooting.
The president began by saying he’d traveled to Pittsburgh yesterday—against the wishes of the city’s elected officials—to meet with the synagogue victim’s families. The president said the purpose of his visit was to “affirm our unbreakable solidarity with the Jewish people,” but he then claimed the media had mischaracterized his visit and used “tragedy to sow anger and division.” Trump also pointedly mentioned the move of the US embassy from Tel Aviv to Jerusalem earlier this year as evidence that he supports the Jewish people.
At one point during the president’s remarks, the crowd chanted “CNN sucks,” a favorite refrain of Trump’s supporters. CNN was among those who received pipe bombs from a Florida-based Trump supporter last week.
Both Scott and DeSantis addressed the crowd as well, matching Trump’s tone. DeSantis used his stage time to criticize his opponent, Tallahassee mayor Andrew Gillum, and his remarks were met with chants of “Lock him up,” an echo of the chant once reserved for Secretary of State Hillary Clinton during the 2016 election at Trump’s “Make America Great Again” rallies.
Trump also reiterated his recent attacks on “automatic birthright citizenship” provided to immigrant babies born on US soil, calling it a “crazy policy” that allows children to become US citizens to undocumented parents who have been in the country “for only a matter of seconds.” He again attacked the media while he lingered on the subject, accusing journalists of falsely reporting that the 14th amendment provides this protection.
“The constitution doesn’t require it,” he said. “I say this to the media: ‘Read it.’” 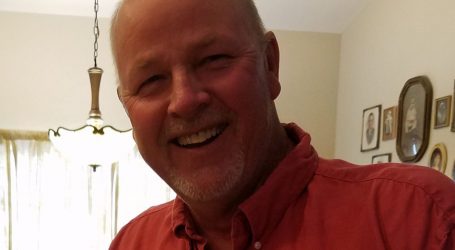 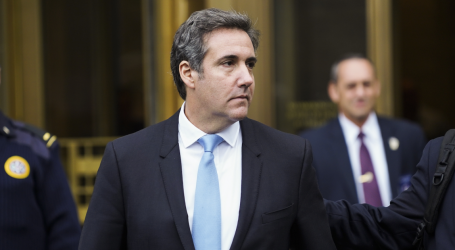 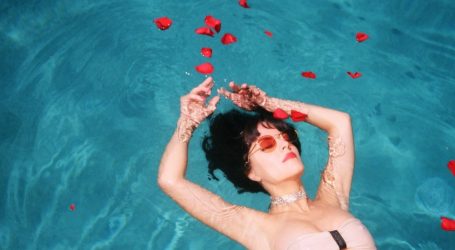