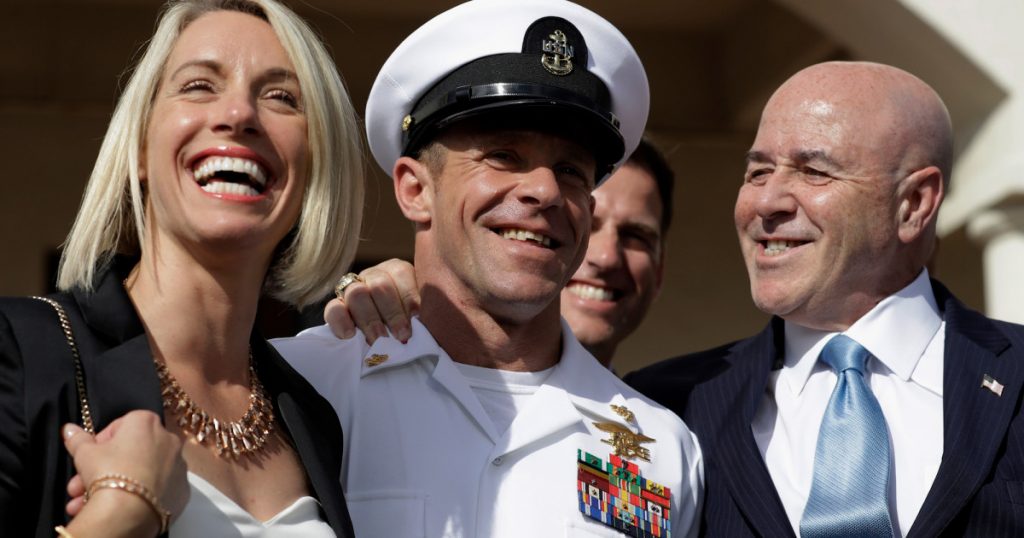 Top military officials have threatened to resign if President Donald Trump blocks their effort to expel a Navy commando accused of murdering civilians and a captive ISIS fighter.
It’s the first time that high-ranking military leaders have openly pushed back against Trump, who earlier this month pardoned two Army officers convicted of murdering civilians in Afghanistan. The latest controversy involves Chief Petty Officer Edward Gallagher of the Navy SEALs, an elite military unit that claims, among other successes, the killing of Osama bin Laden. He was acquitted of the murder charges in July in a military court but was convicted of a lesser crime, for posing for a trophy photo with a dead teenage captive, and demoted. Earlier this month, Trump reversed his demotion at the same time that he pardoned the two Army officers. All of their cases had been championed by Fox News hosts, and their families had called for Trump to intervene.
The Navy is trying to oust Gallagher, who was turned in by members of his own unit who were disturbed by his behavior. But Gallagher has become a cause célèbre of the right, and Trump has taken a personal interest in his case and threatened to intervene again should the military try to oust Gallagher.

The Navy will NOT be taking away Warfighter and Navy Seal Eddie Gallagher’s Trident Pin. This case was handled very badly from the beginning. Get back to business!
— Donald J. Trump (@realDonaldTrump) November 21, 2019

The New York Times reports that Navy Secretary Richard V. Spencer and Rear Adm. Collin Green, who leads the SEALs, plan to move forward with efforts to boot Gallagher from the SEALs, and that Trump administration officials said the two have threatened to quit if Trump meddles in the case again. Spencer denied threatening to quit during a speech in Nova Scotia, but the Times reports that the administration is trying to find a face-saving way out of the mess for Trump that wouldn’t trigger mass resignations. The military has been upset with Trump’s involvement in its judicial proceedings and his pardoning people who are considered war criminals.
Some rank-and-file members also seem unhappy with Trump’s pardons and his reversing of Gallagher’s demotion. From the Times:

One of the jurors who convicted Chief Gallagher expressed dismay at the president’s actions in an interview on Friday, noting that the all-military jury had given Chief Gallagher the maximum punishment allowable under the law because it found his behavior so reprehensible. He spoke out for the first time to defend the decision of the jury.
“People keep saying all he did is pose in a photo and there were lots of other guys in the photo,” said the juror, who asked that his name not be used to protect the privacy of the deliberations. “But he was the senior enlisted guy there, the oldest, the most experienced. He should have set an example for good order and discipline. He should have ensured stuff like that wasn’t happening. And he didn’t. He doesn’t deserve to wear chief’s anchors.” 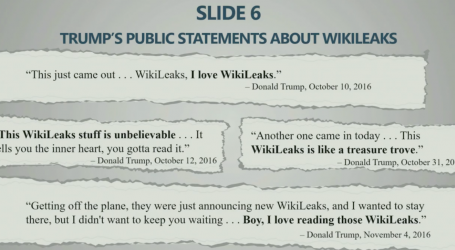