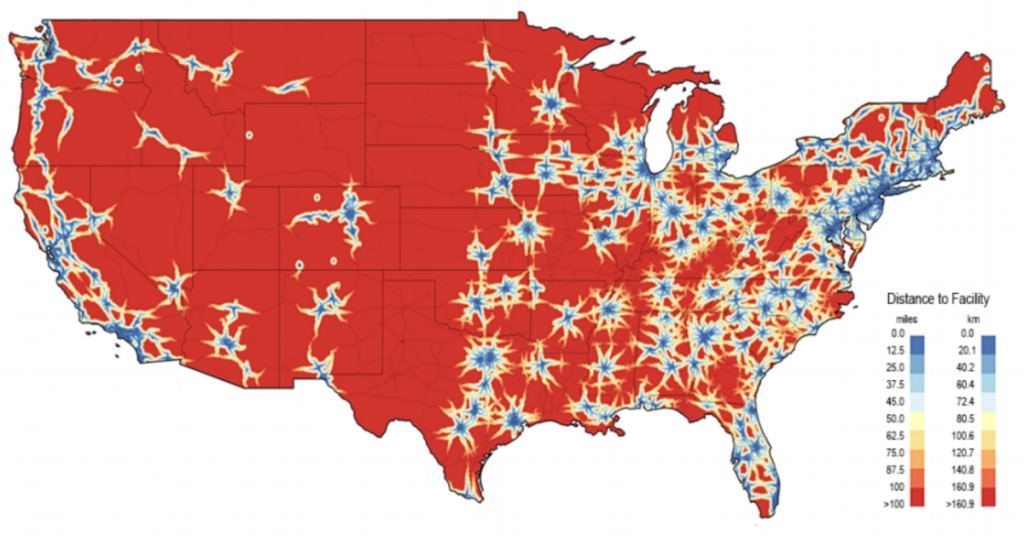 It’s not just rural women who must travel long distances to get an abortion. Researchers mapped out 780 abortion facilities across America in a new study out Monday and found that 27 major cities are 100 miles or more from their nearest abortion provider. The South and the Midwest have the largest “abortion deserts,” according to the study.
For instance, residents of Kentucky, Mississippi, Missouri, North Dakota, South Dakota, and West Virginia are all limited to one in-state abortion facility, researchers from UC Berkeley and UC San Francisco found. The 27 “abortion deserts”—defined as major cities with populations over 50,000 where residents would have to travel 100 miles or more to get an abortion—include places like Chattanooga, Tenn.; Green Bay, Wisc.; and Springfield, Mo.
The worst major city for abortion access is Rapid City, South Dakota, where women must travel 318 miles to get an abortion.
Distance to nearest abortion facility in the US
UCSF, UC BerkeleyThe study, published in the Journal of Medical Internet Research, is certainly bleak, but the results are far from unexpected. Between 2011 and 2014, the number of abortion clinics in the US dropped by 22 percent in the Midwest, 13 percent in the South, and six percent nationwide. Currently, about 90 percent of US counties lack an abortion provider.
“We were able to see what the average person sees when they set out to seek abortion care,” Ushma Upadhyay, an associate professor of Obstetrics, Gynecology, and Reproductive Sciences at UC San Francisco, and an author on the study, tells Mother Jones in an email. “There are huge parts of the country where the distance to the closest provider poses a massive barrier to getting an abortion.”
In California, the team counted 152 abortion facilities, the largest number of any state in the US. Maine had the greatest access per person, at one clinic for every 13,905 women. By contrast, Missouri, which is already known for its restrictive abortion laws, has the worst abortion access of any continental state, at about 1.4 million women per facility.
“Access to transportation is a barrier for people seeking all types of health care, in both urban and rural settings,” the authors write. “Lower-income women who are unable to access a car or money for gas may have to travel by bus, train, or other forms of transportation, which also becomes more difficult the farther they have to travel.”
There’s no clear solution on the horizon.
“As states continue to pass, implement, and defend restrictions on abortion,” the authors write, “it is possible that the number of abortion facilities will continue to decrease in those states with the most restrictions.” 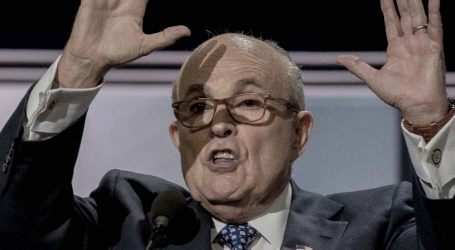 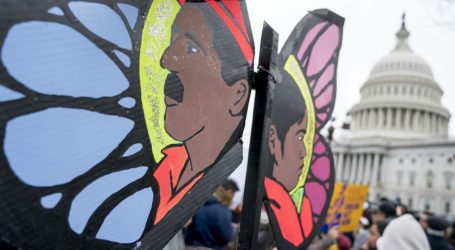