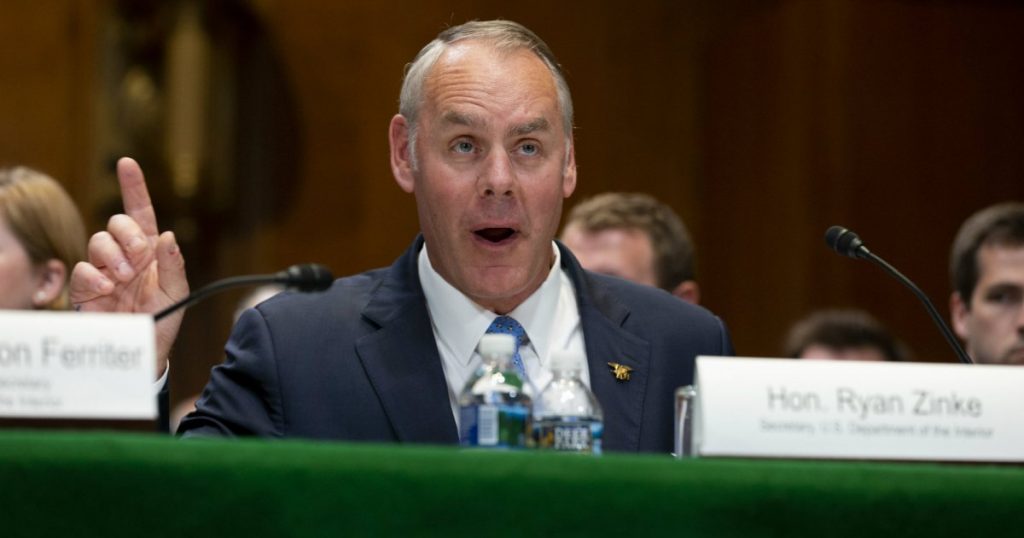 Interior Secretary Ryan Zinke has not attempted to acquire a Chik-fil-A franchise for his wife, asked personal aides to buy a used mattress, or spent $1,560 on 12 fancy pens as has EPA administrator Scott Pruitt, who is the subject of 12 separate investigations. But Democrats have not ignored some questionable behavior in Zinke’s agency and described some of their concerns in a recent pair of open letters.
The first letter, from June 5 and signed by 12 Democratic senators, rips into the secretary for charging a political appointee with the task of reviewing any grant applications that exceed a $50,000 threshold. His senior adviser Steven Howke, a political appointee who attended kindergarten with Zinke, should not have been inserted into the bureaucratic role, the letter stated. The senators wrote that his presence “weakens confidence in the integrity of the DOI review process and at the very least, creates the appearance of improper political interference in program decisions that should always be merit-based.”
Sen. Tammy Duckworth (D-Ill.), one of the letter’s co-authors, went even further in excoriating Zinke during an interview with Yahoo News.
“Taxpayer-funded federal grants should be awarded on merit, not politics,” she said. “Secretary Zinke’s decision to hire a childhood friend with no relevant experience to oversee the grant review process raises serious ethical questions that DOI needs to address.”
The Department of the Interior has not issued a public response to the letter, which goes on to ask Zinke to identify “a detailed list of all financial assistance programs administered by the Department,” the “percentage of grants” subject to this new process, in addition to a series of other demands.
Howke’s position is one more example of the shift of power into the hands of political appointees that aligns with a general attitude of distrust across the Trump administration toward so-called “Obama holdovers”—career public servants whose experience in government generally extends through multiple administrations.
Zinke, a former one-term congressman from Montana, has been especially suspicious of the bureaucrats in his department. In a wide-ranging story in the New Yorker last month, reporter Evan Osnos described the way Zinke approached managing career government officials:
“I got thirty per cent of the crew that’s not loyal to the flag,” he said, in September, to an advisory board dominated by oil and gas executives. He likened his leadership of the department to capturing a ship at sea, and vowed to prevail over resistant employees. Zinke’s comment drew a rebuke from fifteen former Interior appointees, in Republican and Democratic Administrations, who appealed to him to let public servants “do their jobs without fear of retaliation on political grounds.”
Grant reviews are not the only area that Democrats have criticized in the management of the Interior Department this week. On Wednesday, all 18 Democratic members of the House Natural Resources Committee wrote to Chairman Rob Bishop (R-Utah) requesting a hearing into sexual harassment at DOI.
Their letter comes on the heels of a report issued by Democratic committee members that found 1 in 10 DOI employees reported experiencing sexual harassment in the past year.
“Nearly one year ago, I asked Chairman Bishop for a hearing on this important issue,” Rep. A. Donald McEachin (D-Va.) said in a statement. “Now here we are still in search of answers about what Secretary Zinke and other leaders at the Department of Interior plan to do to address the pervasive sexual harassment culture.”
Reports of harassment and other forms of sexual misconduct across DOI and the National Park Service predate Zinke’s tenure and include highly-publicized allegations at Grand Canyon National Park, which were revealed in a report filed by the department’s Inspector General in January 2016.
The top-ranking official at the NPS, P. Daniel Smith, was later investigated in March after reports emerged of him “making a gesture involving his genitalia in the hallways” of DOI headquarters.
Zinke vowed to curb the department’s culture of sexual harassment and has introduced a series of reforms in recent months, but committee Democrats requested “strong anti-harassment” policies across each of the department’s bureaus in addition to bulked-up staff trainings and increased resources toward addressing complaints. 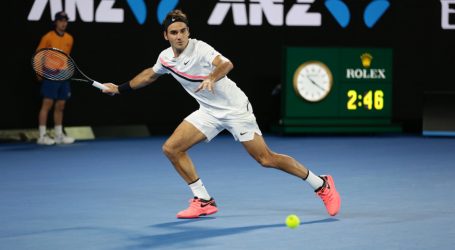