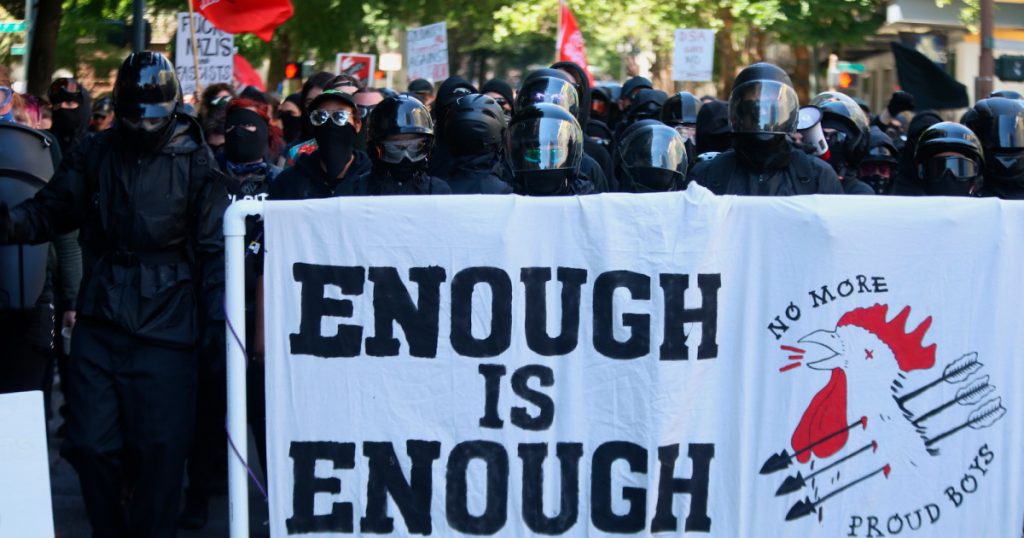 The city of Portland, Oregon, has been bracing itself for showdown on Saturday between the Proud Boys, an all-male far-right group, and self-described anti-fascists, known collectively as Antifa. The face-off is expected at the “End Domestic Terrorism” rally, a far-right gathering with a stated purpose of getting Antifa declared as a domestic terrorist organization.
In a tweet an hour before the rally was expected to begin, President Donald Trump weighed in, noting that he was giving “major consideration” to naming Antifa an “organization of terror.”

Major consideration is being given to naming ANTIFA an “ORGANIZATION OF TERROR.” Portland is being watched very closely. Hopefully the Mayor will be able to properly do his job!
— Donald J. Trump (@realDonaldTrump) August 17, 2019

It was a curious decision, to say the least. The Proud Boys, a self-described “Western chauvinist” organization, has been designated as a general hate group by the Southern Poverty Law Center. It has organized a number of rallies in Portland over the last three years, and each of them have come with their attendant threats of—and at times, realized—violence: For example, several people were injured when the Proud Boys clashed with activists commemorating Pride Month in the city in June. Portland, a liberal bastion known for its progressivism, has been the chosen site for these clashes thanks in part to Rose City Antifa, the country’s oldest anti-fascism group.
This Saturday’s planned “End Domestic Terrorism” rally promised to be no different. Joe Biggs—a Florida-based Proud Boy, former staffer of the far-right conspiracy theorist site Infowars, and organizer of the rally, wrote “DEATH TO ANTIFA!!!!!!” in a since-deleted tweet. He also told his followers, “Get a gun. Get ammo. Get your gun license. Get training,” in another.

Antifa is a diffuse group of leftists and anarchists who promote using violence to combat racist or fascist ideas. In confrontations with right-wing groups, its followers often wear masks, helmets, and other protective gear.

This isn’t the first time the president has threatened this designation against Antifa. In July, Trump tweeted something similar, stating that Antifa was made up of “Radical Left Wack Jobs.” On August 7, just three days after nine people died in a massacre in Dayton, Ohio, Trump wrote that the shooter “had a history” of supporting Antifa, as well as 2020 Democratic hopefuls Elizabeth Warren and Bernie Sanders. CNN reported that a Twitter account that appears to belong to Betts retweeted tweets supporting Antifa protesters.

“Meanwhile, the Dayton, Ohio, shooter had a history of supporting political figures like Bernie Sanders, Elizabeth Warren, and ANTIFA.” @OANN I hope other news outlets will report this as opposed to Fake News. Thank you!
— Donald J. Trump (@realDonaldTrump) August 7, 2019

Besides far-right activists, naming Antifa a domestic terrorism organization has been the stated goal of a number of Republican lawmakers. Sens. Ted Cruz (R-Texas) and Bill Cassidy (R-La.), have introduced a congressional resolution to that effect. 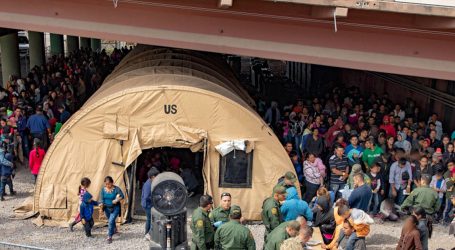 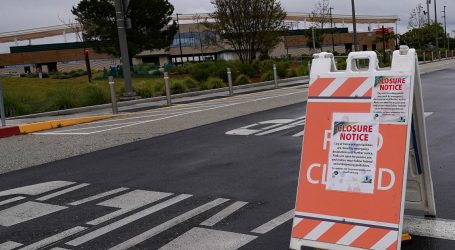