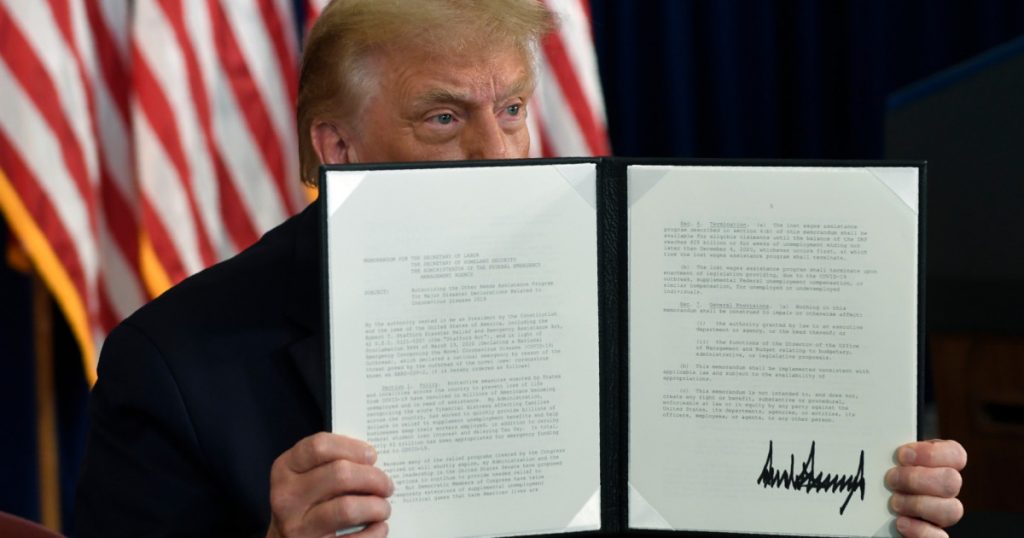 For indispensable reporting on the coronavirus crisis and more, subscribe to Mother Jones’ newsletters.It has been over a week since key provisions of Congress’s coronavirus aid package expired. Unemployed people are no longer getting a $600 check on top of their state insurance payments—putting them and the entire economy at risk. Congressional negotiations to extend the benefit and pass more economic relief have stalled, with Senator Mitch McConnell (R-Ky.) delaying any extensions, penny-pinching, and loading up provisions to protect businesses.
Last night, President Donald Trump stepped in with a series of self-serving, likely unconstitutional executive orders that experts worry will only aid the lawyers who try to untangle the legal mess he’s made. On top of that, Trump squeezed in something that wasn’t on most congressional Republicans’ wish list: suspending payroll taxes for people making less than $100,000, cutting funding for Social Security and Medicare.
Don’t worry, though. Today White House Economic Advisor Larry Kudlow told CNN that Social Security and Medicare are safe because Trump does not mean to stop the payroll tax permanently (which he has repeatedly said he wants to do). Instead, he only wants to keep the cut until the end of 2020. “He did not mean that he was eliminating the Social Security tax,” Kudlow continued.

“I think what he was saying is that the deferral of the payroll tax to the end of the year will be made permanent…the tax is not going away,” WH economic adviser Larry Kudlow says Pres. Trump’s promise to cut payroll taxes permanently will not impact Social Security or Medicare. pic.twitter.com/IYTpfW2IRi
— State of the Union (@CNNSotu) August 9, 2020

In the whiplash, Trump’s real policy plan has been laid bare once again. He will say whatever it seems like people want him to say and then declare victory. Whether for bad (border wall!) or good (aid during a pandemic!), it’s just flailing toward a solution to win the news cycle.
In an unofficial campaign rally at one of his golf courses last night, Trump announced that he’d sign executive orders that freeze the payroll tax, put a moratorium on evictions, and give a $400-a-week unemployment benefits to those laid off. The fine print: The eviction moratorium isn’t binding (it only encourages landlords not to throw people out of their homes) and the $400-a-week aid must be paid 25 percent by states with an unclear policy on how that will work. Plus, all of it could be illegal because only Congress can approve federal spending!
Again, don’t worry. “I’m confident,” said White House trade advisor Peter Navarro on Meet The Press this morning. The executive orders, he insisted, “will stand up in court.”
A few Republicans, as usual, have waved their fingers, with varying degrees of effort, at the president’s latest attempt at executive overreach. Sen. Ben Sasse (R-Neb.) went furthest, saying that Trump’s actions were unconstitutional.

GOP Sen. Ben Sasse (Neb.) says Trump is violating the Constitution:
“President Trump does not have the power to unilaterally rewrite the payroll tax law. Under the Constitution, that power belongs to the American people acting through their members of Congress.” pic.twitter.com/6voOJSMNzs
— Aaron Blake (@AaronBlake) August 9, 2020

Sen. Lindsey Graham (R-S.C.) and Sen. Lamar Alexander (R-Tenn.) added perfunctory tweets of concern.
Still, Trump has seized the narrative as a great reliever. The do-nothing Democrats and his own party block the aid; he frees it. It does not matter, really, to him that it’s legally dubious to use an executive order to take these actions. (Just imagine if President Barack Obama had—oh, never mind.) Because, now, he can claim he’s the only one to ride to the rescue of millions of Americans. 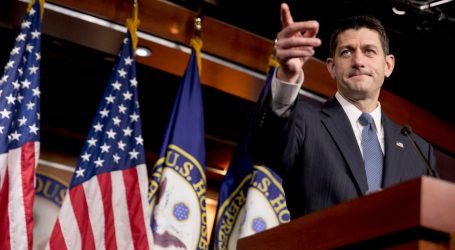 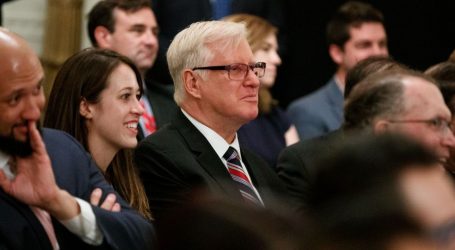 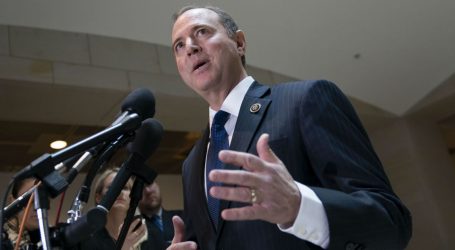