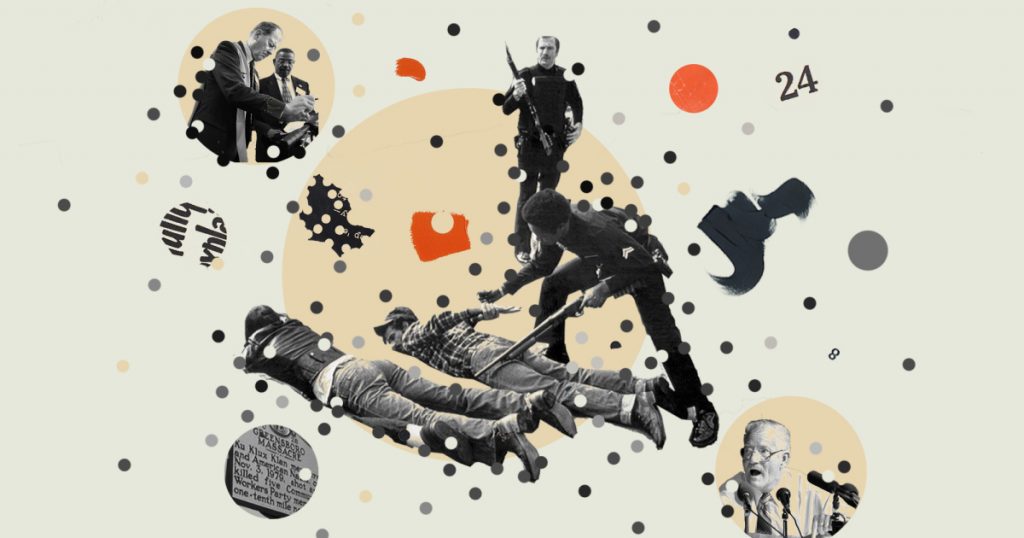 Truth: Evidence regarding concentration camps is presented at the Nuremberg Trials.
Corbis/GettyRetribution: U.S. military authorities prepare to hang Rudolf Heinrich Suttrop, convicted of transmitting German concentration camp execution orders.
Robert Clover/AP
In the United States, Albert Eglash, a Midwestern psychologist, started to develop an alternative model. In the 1950s, Eglash worked extensively with prisoners, encouraging them to make amends. And he developed a philosophy called “restorative justice,” which posed alternative questions about crime: Who has been hurt? And how can we bring together offenders and victims to acknowledge and repair the damage?
Eventually, Howard Zehr, a Mennonite criminologist who did his own grassroots work helping prisoners in the late ’70s, expanded and popularized Eglash’s ideas. Zehr promoted restorative justice—as opposed to punishment—as a way of making “those who have a stake in a specific offense…address harms, needs, and obligations, in order to heal and put things as right as possible.” Through research, books, and events in more than two dozen countries, Zehr moved the concept from theory into international practice. Restorative justice proved enormously attractive to criminal justice reformers and peacebuilders in both America and Europe, not least because it overlapped with the theology of reconciliation affirmed by many church-based human rights activists who opposed repressive regimes around the globe.
Beginning in the 1980s, as military dictatorships across Latin America fell, the Cold War ended, and conflicts around Africa started burning out, a new generation of leaders turned to investigative inquiries to reckon with past abuses and remake their terrorized societies. In 1990, Chile launched the first national inquest to call itself a commission for “truth and reconciliation.” The country’s newly elected president, Patricio Aylwin, had put an end to 17 years of military rule but was severely limited in what he could do to correct human rights abuses. (For one thing, his predecessor, the brutal Augusto Pinochet, was still commander in chief of the army.) So Aylwin tried to steer a practicable course, promising “the whole truth, and justice insofar as it is possible.” The Chilean commission thoroughly investigated deaths and disappearances, and made it possible for victims to be paid benefits, but did not name specific perpetrators.
“Reparation and prevention were defined as the objectives of the policy,” wrote José Zalaquett, a human rights lawyer and member of the TRC, in the Chilean commission’s report. “Truth and justice would be the primary means to achieve such objectives. The result, it was expected, would be to achieve a reconciliation of the divided Chilean family and a lasting social peace.”

San Salvador, 1980. A student demonstration against El Salvador’s military dictatorship ends in a gunfight, leaving 20 dead.
Michel Philippot/Sygma/Corbis/GettyEl Mozote, El Salvador, 1992. Forensic anthropologist Claudia Bernard brushes dirt from human remains. A postwar truth commission concluded that the army massacred at least 500 people here and in surrounding villages over three days in December 1981.
Michael Stravato/AP
In 1995, after the end of apartheid, South Africa took TRCs to the next level, forming a commission that fully embraced the idea of reconciliation through truth and became an example for the rest of the world. Like the commissions that had come before, the country empowered its TRC to dig into human rights violations, gather testimony, and build a record of the past. Its model, however, included a significant new twist: The TRC also had the power to grant amnesty to anyone who fully disclosed their political crimes.
Politically, the approach was a compromise between Black Africans who wanted their former leaders charged with crimes and apartheid supporters who wanted indemnity. Ideologically, it fulfilled the vision of its chair, the Anglican Archbishop Desmond Tutu. Through his long career, Tutu promoted ubuntu, or humanity through others, and he intended the TRC to be its vehicle. As the South African commission took more than 20,000 statements and held more than two years of televised public hearings, viewers in South Africa and around the globe saw Tutu lead a process, authorized by the legendary Nelson Mandela, that gave voice to formerly powerless citizens and encouraged abusers to personally apologize.
Here, in theory, was a third way, navigating between Nuremberg and amnesty, between tribunal and confessional, neither wholly a court nor solely a healing ceremony: a framework for enemies to meet face to face and repair their relations through the power of personal witness. And it became a prototype for what’s known as “transitional justice.” In the decade after 1996, when the televised TRC hearings began in South Africa, nearly two dozen nations, from Fiji to Nigeria to the former Yugoslavia, established similar commissions.
TRC advocates assumed that commissions could generate enough credible information to change the attitudes and relationships of citizens. Those transformed individuals, in turn, would transform society. In truth, each link in that chain is based on particular views about human nature, and each is open to challenge. Consider ubuntu. “You and I are made for interdependence,” Tutu has said. “You have gifts that I don’t have, I have gifts that you don’t have. And you might almost see God rubbing God’s hands in glee—‘Voila! That is exactly why I created you: that you should know your need for the other.’”
That’s powerful stuff—but not everyone shares that vision, or the particular values behind it. For one thing, as political scientist Michal Ben-Josef Hirsch, a longtime analyst of truth and reconciliation processes, points out, “The idea of a confessional path for liberation, that’s a Christian notion.” Nor does everyone believe that a public organization should impose those values on perpetrators and victim—or that if one does, it will bring about wholesale reconciliation. These are articles of faith.

Duduza township, South Africa, 1985. Boys dance around a car of a suspected police informer.
Gideon Mendel / AFP/GettyJohannesburg, South Africa, 1997: South African Foreign Minister Pik Botha (right) shakes hands with Archbishop Desmond Tutu at the TRC hearings.
Odd Andersen/AFP/Getty
Or look at how much Zalaquett was assuming in his expectation that truth will achieve reparation and reconciliation. For that conclusion to follow, citizens must agree about whose actions and experiences, whose truth, should be part of a new historical record. They must share a view of what a healed community would look like. And they must have a willingness to move beyond the short-term conflict and pain that uncovering truth often triggers. It may be possible for a TRC to establish or develop such common ground, but it’s hardly inevitable.
As early as 1996, Michael Ignatieff, the Canadian author and politician, expressed doubts about where the whole enterprise would lead. At most, he wrote, TRCs could only “reduce the number of lies that can be circulated unchallenged in public discourse.” But few others debated the question of whether truth inevitably leads to reconciliation. Fewer still considered what might happen when irreconcilable parties can’t bargain their way to an understanding of what’s actually true. And begging those questions meant truth and reconciliation commissions were destined to have problems even when judged on their own terms.
As TRCs became more common, “transitional justice” branched into its own sector of the nonprofit world, supported by foundations, advised by consultants, researched by professors. The field generated more than 1,000 academic articles, books, and book chapters in the 1990s, up from a total of just 150 in the ’70s and ’80s combined. And it powered growth at nonprofits, led by the International Center for Transitional Justice, a New York–based group that launched in 2001. Dedicated to helping communities seek “accountability for past mass atrocity,” the ICTJ quickly became the gold standard in the field, expanding from four full-time employees to more than 40 in 2004, and then to more than 100 in 2006. 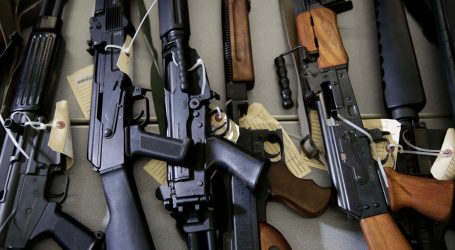 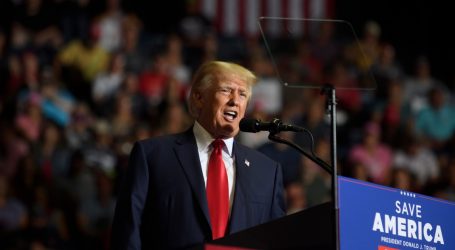 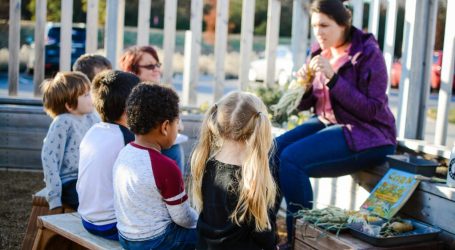