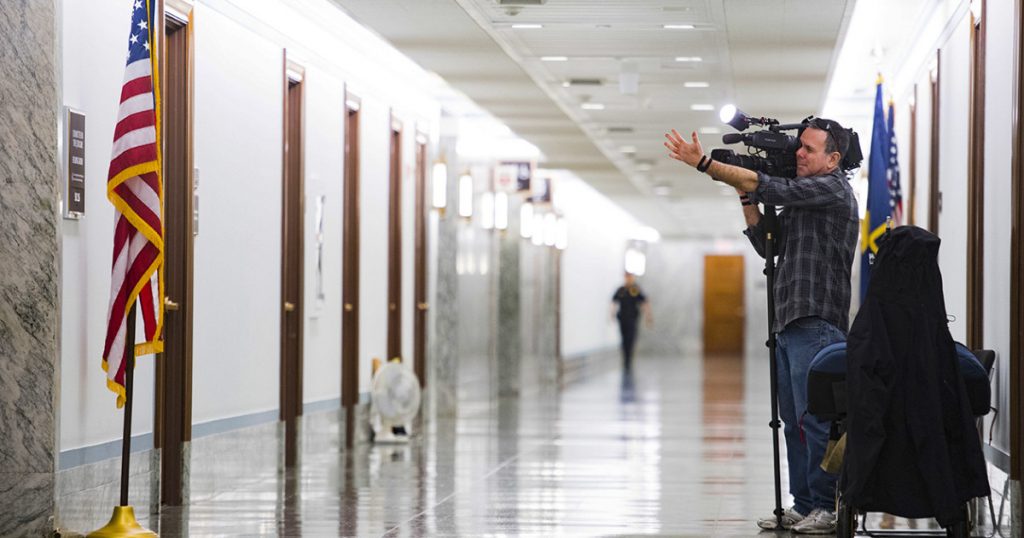 A cameraman stakes out the Senate Judiciary Committee office hoping that someone will pop out with a copy of the Mueller report. But it never happened.Tom Williams/Congressional Quarterly/Newscom via ZUMA

The spin machine is in full gear today. Instead of simply releasing Mueller’s summary of the Mueller report, Attorney General William Barr has decided to release his own summary. I can’t think of any good reason for doing this aside from the possibility that Mueller’s own summary contains some conclusions that Barr and his boss would just as soon not reach the public ear.¹ Apropos of my warning yesterday, then, you should consider Barr’s summary to be the rosiest possible interpretation of the Mueller report.
But even taken on its own terms, the Barr summary is a little odd. Here’s what he has to say about Russian interference in the 2016 election:
The Special Counsel’s investigation determined that there were two main Russian efforts to influence the 2016 election. The first involved attempts by a Russian organization, the Internet Research Agency (IRA), to conduct disinformation and social media operations in the United States designed to sow social discord….The second element involved the Russian government’s efforts to conduct computer hacking operations designed to gather and disseminate information to influence the election.
That’s it? But I don’t think anyone has ever seriously suspected that Trump (or his staff) was directly involved with the IRA disinformation campaign or the Russian hacking operations. The suspicions of coordination have mainly revolved around more personal contacts: Manafort’s friends in high places; the Trump Tower meeting with Don Jr. and others; the Carter Page weirdness; the Moscow real estate deal that went south; and so forth. It’s possible, of course, that Mueller concluded in his report that none of this amounted to collusion in any criminal sense, but surely he at least addressed this stuff? So why doesn’t Barr mention it?
On the subject of obstruction of justice, Mueller punted. “While this report does not conclude that the President committed a crime,” he says, “it also does not exonerate him.” Needless to say, this did not stop Trump from tweeting his take on “does not exonerate”:

As usual, this is a lie aimed at his followers, who will not read the Barr summary and will instead rely on outlets like Fox News and Breitbart for their news. I think we can safely assume that the conservative media will ignore Mueller’s words and will instead promote Barr’s conclusion that there was no obstruction. However, since Barr was hired specifically to come to this conclusion no matter what, it’s hard to take it very seriously.
Anyway, I am now more eager than ever to see the Mueller report. I never thought that Trump was directly connected with Russian hacking, so Mueller’s conclusion on that front doesn’t surprise me. Nonetheless, if even Barr’s summary was forced to tiptoe so conspicuously around Mueller’s conclusions, I think we can assume that the Mueller report itself is at least moderately damning. Let’s see it.
¹It’s true that the Mueller report probably needs to be redacted here and there, but surely the report’s summary could be redacted pretty quickly? 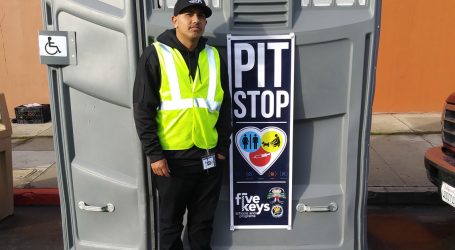 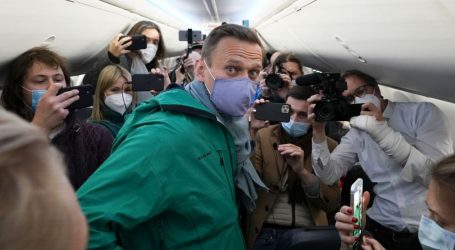