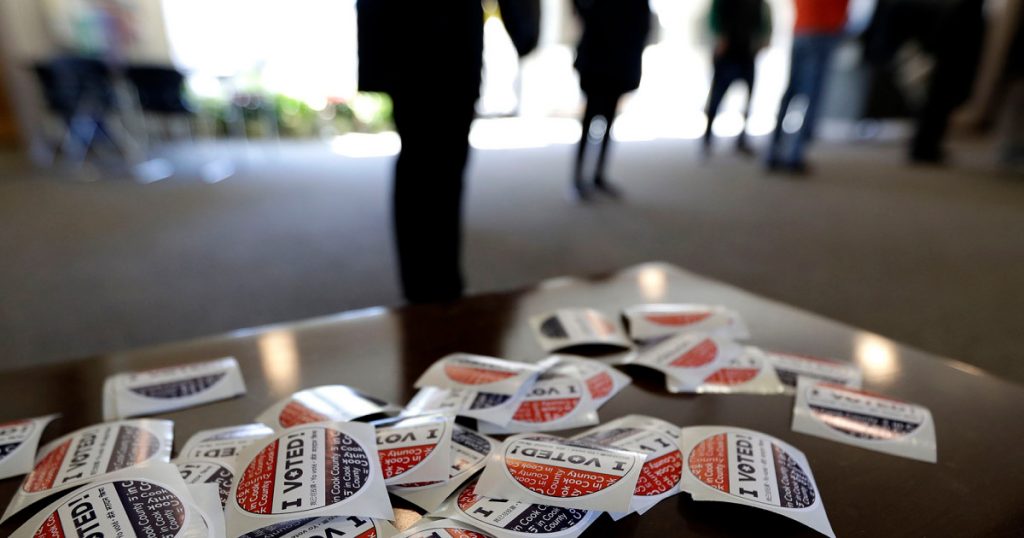 Joe Biden won Tuesday’s Democratic primaries in Florida, Illinois, and Arizona. Of course he did—that was never really in question. The former vice president is the overwhelming favorite in the Democratic presidential race, with a hundred-plus-delegate lead that Sen. Bernie Sanders has little chance of making up in the remaining states. With the win in Arizona, a heavily Latino Western state, Biden demonstrated the strength of his coalition in the kinds of places Sanders has previously done well.
In his victory remarks, Biden struck a diplomatic note. He praised Sanders and his supporters for having “shifted the fundamental conversation in this country,” and told them, “I hear you.”
But the biggest story on Tuesday isn’t that Biden won the primaries, it’s that the primaries happened at all. Or, to be clear, three out of the four scheduled for Tuesday did. The Ohio primary, in which Biden was expected to do well, was postponed, after a last minute back-and-forth between Gov. Mike DeWine and state courts. DeWine argued that holding an election during a national pandemic would put voters in danger, and that the results of such an election might not be considered “legitimate” by voters.
In delaying its election, Ohio joined a procession of other upcoming states that have postponed their elections or dramatically altered the way they’re conducted. Maryland moved its April 28 primary to June. Kansas Democrats, who run their state’s primary, announced it would now be mailing ballots to voters. Georgia, Kentucky, and Louisiana have all moved to postpone voting. On Tuesday, Democratic National Committee chairman Tom Perez released a statement calling for upcoming states to keep to their set schedule, but to adopt more flexible vote-by-mail procedures.
In forging ahead, Illinois did its best to show why other states had pressed pause. The Chicago Board of Elections feuded publicly during the day with Gov. J.B. Pritzker, as local elections officials continued to argue that the vote should be postponed. Dozens of polling locations were changed at the last minute, in order to move voters away from at-risk locations like nursing homes, creating widespread confusion and frustration. One site in Chicago didn’t open until the early afternoon, hours after polls were supposed to start welcoming voters. Turnout in Chicago and other parts of the state fell off sharply from the 2016 primary. (Turnout actually appeared steady if not up in both Arizona and Florida, both states with more early voters and votes-by-mail.)
Logistical issues happen in every election, of course, but the pandemic offered a different kind of problem for voters. The Sanders campaign took the unusual step of announcing that it would forego all get-out-the-vote activities on Tuesday and would not even encourage supporters to vote. Instead, it would simply recommend they comply with the Centers for Disease Control and Prevention guidelines and make a “personal decision” about what’s best for them.

It’s hard to square those CDC recommendations with showing up to vote. It recommends putting “distance between yourself and other people if COVID-19 is spreading in your community.” (It’s currently in all 50 states.) The agency discourages gatherings of 50 people or more, and in places where the virus is particularly prevalent, businesses have shuttered, schools have closed, and residents have been instructed to stay home and practice social distancing—which means minimizing interactions with anyone outside your household.
As one Chicago Tribune columnist put it, “On one hand, state officials are telling people to stay at home from restaurants and bars, and at the same time, they’re saying it’s OK to go to the polls.” Or just look at this way: When cable news networks began breaking down the usual demographic data during Tuesday’s returns, the numbers they relied on came from phone surveys. Why? They considered it too dangerous to conduct in-person exit polls.
National vote-by-mail can’t come fast enough. 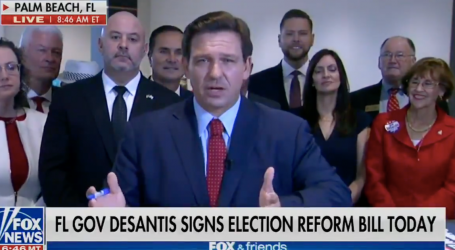 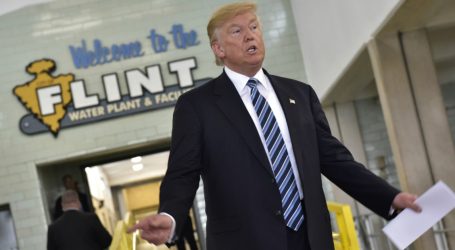