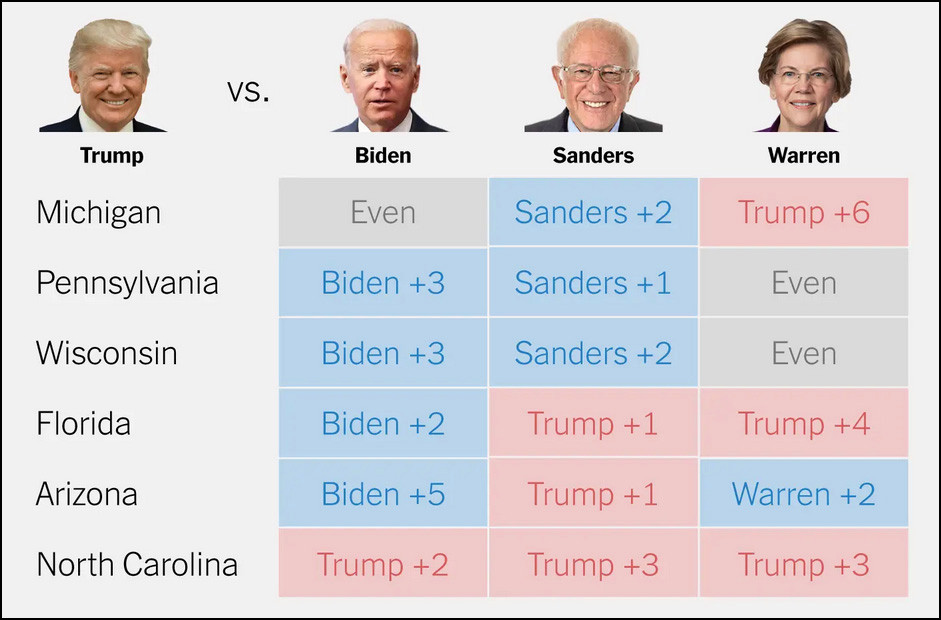 The New York Times is a few days late with this, but here’s their Halloween scare for Democrats:
Yep, they report that President Trump remains competitive in the states that gave him victory in 2016. Jonathan Chait is irate:

In 2018, Democratic candidates waded into hostile territory and flipped 40 House districts…by avoiding controversial positions, and focusing obsessively on Republican weaknesses.
….The Democratic presidential field has largely abandoned that model. Working from the premise that the country largely agrees with them on everything, or that agreeing with the majority of voters on issues is not necessary to win, the campaign has proceeded in blissful unawareness of the extremely high chance that Trump will win again.

There is something to this. An awful lot of progressives are suffering these days from poll literalism, a fatal disease that takes the form of “the country agrees with us on all the issues!” And sure, the country does. Sort of. Generally speaking, majorities support most progressive ideas, but that support tends to be paper thin outside of the progressive base. Health care for all? Sure, that sounds great! But wait. Long lines and higher taxes and shortages of medication? Let’s put that on hold.
What’s that, you say? None of that is true? It’s just scare talk? You’re right! And it works great at scaring people. Gripe all you want, but the fact remains that the opposition gets to fight back, and progressives don’t get to decide what the opposition says.
So don’t get too wrapped up in the idea that everyone loves Medicare for All. If it were that easy, we’d already have it. As always, the election will turn on voters in the middle. 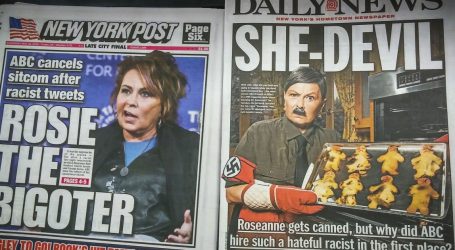 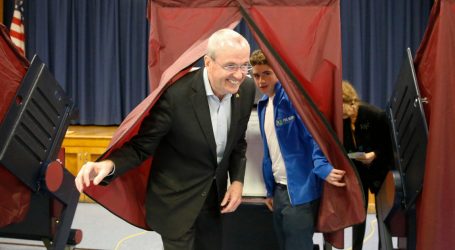 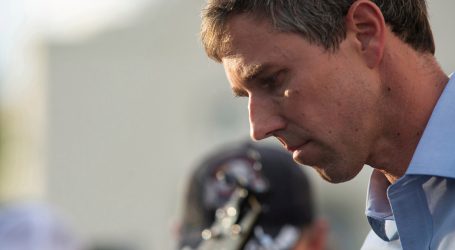