In June, the average price of gas in the US surpassed $5 for the first time in history. That grim milestone wreaked havoc on household budgets—and not just because car owners were now stuck paying more than ever to commute. Skyrocketing gas prices affect everyone, regardless of driving habits, because they’ve led companies that produce goods to inflate their own prices to cover higher shipping and transportation costs, passing on the higher expenses to their customers.

The first factor is the rising price of crude oil. It is a key component in the production of the gas we use to power cars, and its price has been climbing during the pandemic. Early in 2020, oil prices fell dramatically as lockdowns led to meager travel and energy usage. Those prices have steadily risen as the world has opened up, with people returning to offices and travel.
But oil companies have been reluctant to produce more oil to meet demand, lest that bring down the price—and thus, their profits. They’re contributing to keeping prices artificially high in order to reward their executives and shareholders. Gas prices rise accordingly.
Between April and June of this year, for example, revenue at ExxonMobil, the largest US gas producer, hit $115.68 billion, up from $67.74 billion during the same quarter in 2021. The company also booked an “unprecedented” $17.85 billion profit. Chevron, another major gas producer, also saw a record profit of $11.62 billion.
Russia’s invasion of Ukraine is yet another culprit behind high gas prices. Although the US doesn’t import much of its oil from Russia, other countries, particularly in Europe, were quite dependent on Russia’s oil before the country launched its war on Ukraine in February. Europe and other countries have now imposed sanctions to ban the import of Russian oil, in an effort to weaken the country and stop its war. The result, then, is that the global supply of oil available to all countries has dwindled—driving up the price everywhere, including the US.

The CPI report shows dairy is up 14.9 percent since last July and fruits and veggies have jumped 9.3 percent. If you want a croissant or some Frosted Flakes, be prepared to fork (or spoon) over some cash: cereal and bakery products are up 15 percent.

The Ukraine-Russia conflict plays an outsized role in the grocery hikes. Together, the countries are normally responsible for more than half of the world’s vegetable oil exports and more than a third of the global wheat supply, but exports have fallen steadily due to the war. Sanctions against Russia have also impacted the supply chain, collectively culminating in food price increases across the globe.
Additionally, Brazil produces at least four-fifth’s of the world’s orange juice and a third of its soy, sugar, and coffee—in normal weather conditions. The past few years have been anything but: Last year, the country’s southern region faced its worst drought in a century, while its north has seen an increase in disease due to too much rain. These weather conditions have consequences. Between April 2020 and December 2021, the global price for soybeans jumped more than 50 percent, while coffee beans surged more 70 percent, according to a February New York Times analysis.
If weather and war are causes of inflation, the companies themselves might be part of the problem too. The price of meat, poultry, and eggs has increased 10.9 percent since July 2021. Like other industries, meat processors have also faced supply chain and labor struggles, but there is also evidence some are raising prices far above their increased costs. Tyson, one of the world’s largest meat processors, estimated in the second quarter of 2022 that it responded to a $1.5 billion operating cost increases by raising prices roughly $2 billion. Tyson’s 12-month gross profit margin is 15.6 percent, according to market research platform Finbox, while its median gross profit margin for fiscal years 2017-2021 were 13.4 percent.
Grocery stores themselves are holding fairly steady profit margins despite the sticker shock you’re experiencing at checkout lines.
The 12-month gross profit margin average at Kroger Co., which also owns grocery chains King Soopers and Harris Teeter, is 22.4 percent, slightly below its 22.8 percent median gross profit margin between fiscal years ending February 2018 to 2022.

The cost of electricity is up more than 15 percent compared to the same time a year ago, according the Bureau of Labor Statistics.

That increase is due almost entirely to rising gas prices, because gas is used to power the turbines that create 38 percent of America’s electricity. So your electric bill is higher for some of the same reasons that it is making it pricier to drive your car. An inflation double whammy!
And much like their cousins in the gas industry, electricity providers are also seeing record profits. California’s Pacific Gas and Electric, the largest US electric utility, made $4.16 billion in revenue from electricity operations between January and March of 2022, an increase of nearly 25 percent compared to the same time period in 2021. Overall, the company made $475 million in profit—nearly triple what it earned a year before.

Airline prices don’t seem higher because you’ve forgotten what they cost during pandemic lockdowns—flights really are at record highs. In a year, the price of airfare has jumped more than 50 percent.

Thanks to high oil and gas costs, the price of jet fuel has increased almost 150 percent in the last year. Airlines have passed on that extra cost to their customers.
The situation is exacerbated by the fact that travel demand has soared after more than two years of the Covid pandemic, but airplane seat capacity is still 17 percent lower compared to pre-pandemic levels. That’s in part because airlines are still scrambling to hire enough flight staff and pilots after many were laid off or took buyouts when so much travel was grounded at the height of the pandemic.

Restaurants are feeling the same panic at the checkout line that you are. Year over year, restaurant-prepared meals have risen 7.6 percent, according to the latest CPI report. Profit margins from some of the largest restaurant groups don’t indicate that restaurants are cashing in on the economic circumstances to increase prices far beyond the amount that is required to keep up with inflation.

Many restaurants are still digging themselves out of the red from months-long pandemic closures in 2020, while also combatting nationwide labor shortages and far higher prices on essentials from cooking oil and eggs to takeout containers and wine glasses.
There isn’t much evidence to suggest restaurant groups are price gouging.
For example, Darden Restaurants—the group behind national chains such as Olive Garden, Longhorn Steakhouse, and others—has seen its gross profit margin decrease from just under 24 percent in the three-month period ending May 2021 to roughly 21 percent in the same period this year, according to Finbox.

New vehicles cost 10 percent more than they did a year ago.

Scarcity of a key part that has been exacerbated by the global supply chain and trade policies initiated by Donald Trump when he was president.
Last fall, the number of new cars available in the US had dropped by 75 percent from pre-pandemic levels. That’s because automakers have been forced to make fewer cars thanks to a severe shortage of the semiconductor chips used in vehicles.
Those computer chips continue to be in short supply, and likely will be until well into 2023. During the pandemic, demand for all sorts of appliances that use these chips, from computer equipment to smartphones, soared as people were stuck at home dependent on the internet for entertainment, work, and human connection. Trade policies are also not helping the shortage: Trump imposed new tariffs on chips and computer parts imported into the US from China, making the process of acquiring these chips more expensive for automakers.
The shortage is so severe that some automakers are earning less as they’re unable to make and sell enough cars: Between April and June of this year, General Motors saw a 39 percent drop in profits compared to the same period a year ago.

While home prices are dropping—the median sales price of new houses fell 12 percent between April and June 2022—rent costs remain elevated for a couple of reasons: Purchasing a home is still beyond reach for many renters—especially as mortgage rates rise due to inflation. This increases demand for rentals. Additionally, some landlords are trying to make up for losses endured during the pandemic, when people exited expensive urban areas en masse to work remotely, or fell behind on rent that they never fully paid back.
That doesn’t mean that apartment companies are feasting on a profits bonanza. Mid-America Apartments, one of the nation’s largest rental companies, increased its rent by an average of 18 percent for new residents and 16.5 percent for renewing residents for leases effective during the second quarter of 2022 compared to their prior leases, according to a company earnings release. But the rental company’s profit margins have remained fairly consistent over time: Its 12-month gross profit margin is 60.1 percent, according to Finbox, versus a median of 59.1 percent between fiscal years 2017-2021.
But no matter the cause, rent hikes have a huge impact on overall inflation. Excluding the volatile categories of food and energy, the year over year inflationary rate was 5.9 percent—with shelter accounting for 40 percent of this total increase.
And more rent increases are expected still. “Rents haven’t peaked. They’re going to continue to increase in the next few months,” says Sweet. “That could keep inflation elevated going forward.” 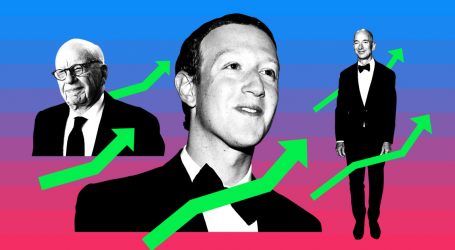 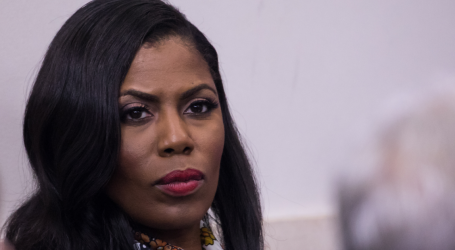