A Brookhaven sergeant is lucky to be alive after a man opened fire on him during a robbery investigation.

Brookhaven Police Sergeant Lonnie Napier was doing some paperwork in front of a restaurant at the intersection of Briarcliff Road and North Druid Hills. Late Tuesday, around 11:30 p.m., a person approached him saying there was an armed robbery taking place in the back of the strip mall.

Napier went to investigate and found a victim trying to escape the robbery. The victim told Napier the gunman, who fired at two people, ran into an apartment complex next door.

Sergeant Napier drove to the apartment complex and pulled alongside a black Mustang that was leaving the complex. The Sergeant asked the driver if he saw a person running, and the guy said “yes.”

Suspicious that the driver in the Mustang was the robber he was looking for, Sergeant Napier tried to get his tag. That’s when the driver pulled a gun and fired a shot.

The bullet shattered the squad’s rear driver’s side window, missing the officer’s head by inches. The cage deflected it away from the Segregant’s head.

Napier said the mustang then fled north of Briarcliff.

Officers tried to chase after the driver, but he lost them by turning off his lights. The driver took a right a couple miles up the road on to Briarlyn Court. According to police, when the road bent to the left, he lost control and flipped. The driver then kicked out the window and ran away, according to police.

Police called out K9 units and a helicopter, but couldn’t find the gunman.

Sergeant Napier wasn’t injured, but said about a half hour after the shooting he realized how close he came to death. 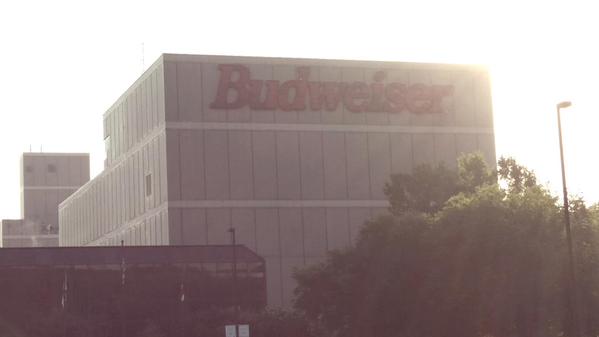