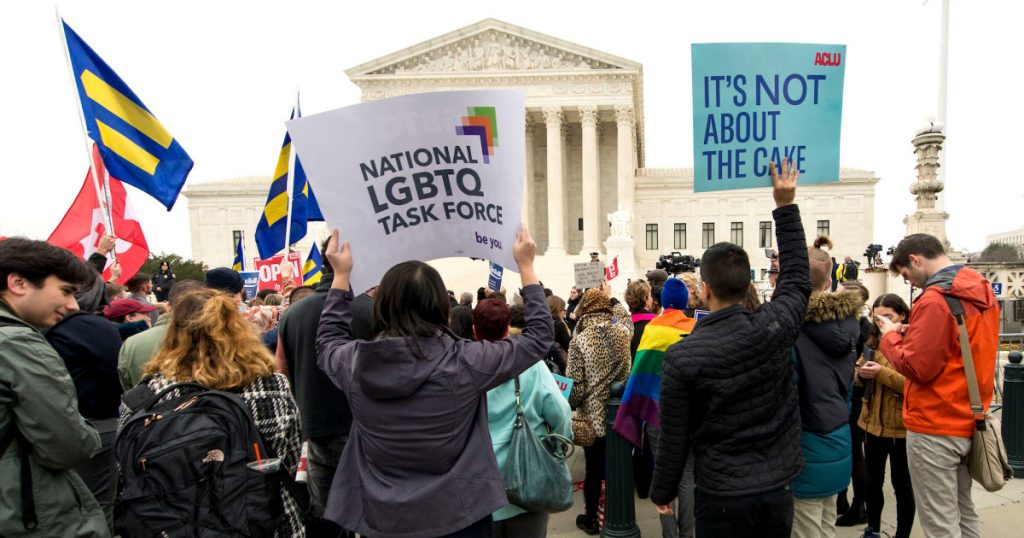 People demonstrate outside the Supreme Court on the morning of oral arguments in Masterpiece Cakeshop v. Colorado Civil Rights Commission in December.Brian Cahn/ZUMA

The Supreme Court ruled on Monday in favor of Jack Phillips, a Colorado baker who had refused to make a cake for a same-sex wedding.
In the 7-2 decision in Masterpiece Cakeshop v. Colorado Civil Rights Commission, the majority consisted of the court’s conservatives plus liberal justices Elena Kagan and Stephen Breyer. The court found that the Colorado commission, which had ruled in favor of the gay couple, had been hostile to Phillips’ “sincere religious beliefs” and didn’t provide him with a fair hearing when the case came before it, thus violating the Free Exercise Clause of the Constitution.
The case got its start in 2012, when Phillips refused on religious grounds to make a custom wedding cake for David Mullins and Charlie Craig, who were getting married in Massachusetts, one of the few states where same-sex marriage was legal at the time. The couple was planning a reception in Colorado, where they lived and wanted to celebrate. Phillips claimed that making the cake would violate his religious beliefs. The couple sued and prevailed at every level in Colorado courts, which found that baking a gay wedding cake would not violate Phillips’ free speech or religious freedom rights, but that refusing to make one would constitute illegal discrimination based on sexual orientation.
Anthony Kennedy, the court’s perennial swing vote, has previously expressed sympathy for gay rights, including his vote to legalize same-sex marriage nationwide, suggesting he might be sympathetic to Mullins and Craig. But during oral arguments in the case, Kennedy seemed peeved at the behavior of the Colorado Civil Rights Commission. He said during one exchange, “It seems to me that the state, in its position here, has been neither tolerant nor respectful of Mr. Phillips’ religious beliefs.” Kennedy also noted that one of the members of the commission had stated, “Freedom of religion…has been used to justify all kinds of discrimination throughout history, whether it be slavery, whether it be the [H]olocaust…and to me it is one of the most despicable pieces of rhetoric that people can use…to hurt others.”
Kennedy wrote the majority opinion in Monday’s ruling, and his concerns about the commission’s hostility to religion form the heart on his opinion, which is narrowly written in a way that seems designed to preserve historic civil rights protections. LGBT and civil rights activists had feared that a broader ruling could have been used to allow people to invoke religious freedom to avoid complying with anti-discrimination laws of all sorts. The court also did not declare wedding cakes a form of expression that must be protected by the First Amendment, as Phillip’s lawyers had requested.
Monday’s decision is essentially limited to the conduct of the Colorado Civil Rights Commission, meaning that it won’t set a broad precedent for other cases involving anti-gay discrimination. Kennedy writes:

Our society has come to the recognition that gay persons and gay couples cannot be treated as social outcasts or as inferior in dignity and worth. For that reason the laws and the Constitution can, and in some instances must, protect them in the exercise of their civil rights. The exercise of their freedom on terms equal to others must be given great weight and respect by the courts. At the same time, the religious and philosophical objections to gay marriage are protected views and in some instances protected forms of expression…Phillips was entitled to the neutral and respectful consideration of his claims in all the circumstances of the case.

Liberal justices Ruth Bader Ginsburg and Sonia Sotomayor both dissented from Kennedy’s decision. But Ginsburg’s dissent is much milder than some other recent ones she has issued. She agrees with much of the majority’s opinion, she writes, but she takes issue with the idea that a couple of comments from a commissioner about the nature of religion could be a greater offense than the original discrimination. She writes, “I see no reason why the comments of one or two Commissioners should be taken to overcome Phillips’ refusal to sell a wedding cake to Craig and Mullins.” 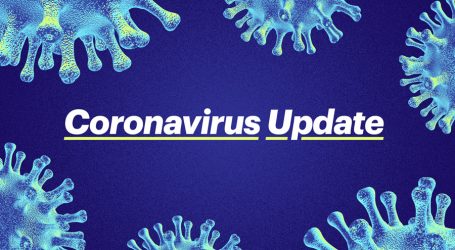 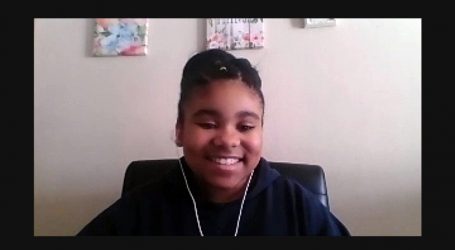