Rep. Stacey Abrams says she has what it takes to usher in a new era in Georgia politics.

Abrams, 43, announced that she would be running for governor earlier this month. If Abrams is elected next year, she will become the first African-American female governor in American history, which makes her campaign monumental.

“I’m running right now because Georgia is changing,” Abrams told theGrio in an exclusive interview. “It is a state that is one of the most diverse in the nation. And that diversity can either be a powerful engine for us or it can cripple our ability to think about ourselves on the broadest and boldest terms.”

“Stacey Abrams represents the Gen Xer so she represents a younger generation of black Georgia Democrats who are running and starting to become very prominent in statewide politics,” Gillespie told theGrio.

“What people like Stacey Abrams are saying is if the state party demographics are changing, and if minorities are the base constituency of the Democratic Party, then it’s important for blacks to be represented amongst the candidates and be represented prominently.”

– True Story: Tishaura Jones On Why Losing the Race for STL Mayor Only Made Her Stronger

This won’t be the first time Abrams has sought to make historic strides in politics. She is the first woman to lead either party in the Georgia General Assembly and the first African-American to lead in the House of Representatives.

Growing up one of six children in a working class family in southern Mississippi, Abrams learned first-hand the importance of public service from her parents. And although Abrams’ parents struggled to make ends meet they still took the time to work in the nonprofit sector, in addition to working full-time jobs. Abrams says watching her parents serve other people’s families inspired her to get involved in politics.

“I wanted to be someone who helped deliver justice through the laws that we had on the books, who answered questions and solved problems,” Abrams said.

Before becoming a politician, Abrams interned at the White House in the Office of Management and Budget, worked on environmental racism at the EPA, and worked for the city of Atlanta as a Deputy City Attorney.

“My life has been about trying to overcome barriers and understanding and proving again and again that difference can never be a barrier to achievement,” says Abrams.

Outside of politics, Abrams is an entrepreneur, an award-winning romance novelist (her pen name is “Selena Montgomery”). She holds three degrees: a J.D. from Yale Law School, a master’s degree in Public Policy from the University of Texas at Austin and a B.A. from Spelman College.

Abrams says she has sometimes been unfairly criticized and stereotyped not only as a black woman but also because she is southern.

“I am a proud black woman but that only tells you the beginning of my story. It doesn’t tell you everything about me,” Abrams said. “My responsibility is that I make sure that I rebut those presumptions [critics have]. More importantly, that I show [the critics] the complexity and the diversity that exists in black women […].”

Gillespie said that she expects Abrams to run an inclusive campaign and that she won’t shy away from her gender.

“I think there is something to be said about having somebody who is dynamic as she is, who is smart,” Gillespie said. “What’s so inspirational about it is the fact that she’s seizing on opportunities and she’s confident in her ability and what she’s been able to accomplish thus far.”

For Abrams, the motivation to succeed politically comes from trying to make sure she uses the platform and vision that she has to help others.

“I’ve had a specific focus on cultivating women of color in leadership positions within my campaign, within my staff. And in everything I do making sure I never lose sight of having been given opportunities and making sure I’m always extending those opportunities to others.”

Jasmine M. Ellis (@JasmineMonet_) is a multimedia journalist and an alumna of the Medill School of Journalism and Spelman College. 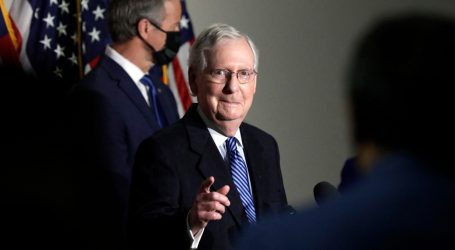 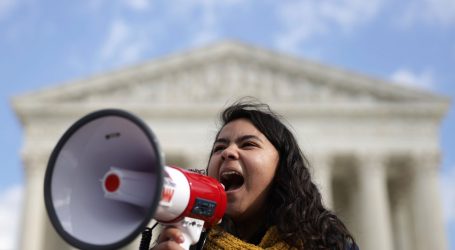