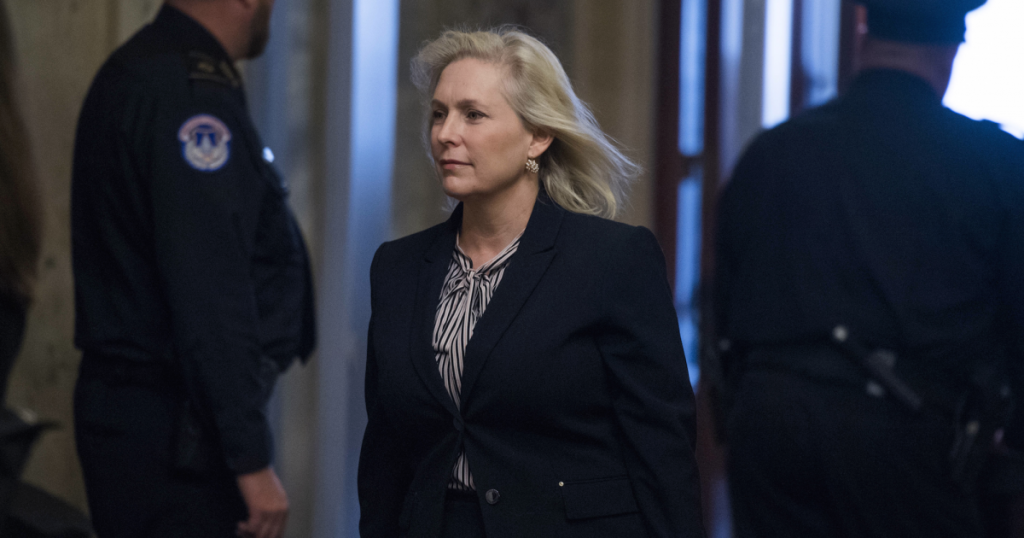 Sen. Kirsten Gillibrand (D-N.Y.) on Monday called on President Donald Trump to immediately resign over the allegations of sexual misconduct that first emerged during the election against him, describing the claims as both “credible” and “heartbreaking.”
“These allegations are credible, they are numerous,” Gillibrand told CNN’s Christiane Amanpour. “I’ve heard these women’s testimony and many of them are heartbreaking and President Donald Trump should resign his position.”
While acknowledging that there was scant possibility that Trump would bow to such demands—he has denied all of the allegations and previously threatened to sue his accusers–the New York senator said that Congress should then open an investigation.
“Whether he will ever hold himself accountable is something you really can’t hold your breath for, so Congress should have hearings,” Gillibrand continued. “They should do their investigation, they should have appropriate investigations of his behavior and hold him accountable.”

Her remarks came just hours after three women who had previously accused the president of inappropriate sexual behavior demanded a congressional probe into the matter. The women said that they were renewing their stories in light of the national conversation surrounding sexual harassment in recent months in hopes that lawmakers and the public would take their allegations more seriously this time around.
Last week, Gillibrand was the first senator to demand Sen. Al Franken resign over his own sexual misconduct allegations. Speaking from the Senate floor Thursday, Franken announced that he would step down in the coming weeks, but pointed out the “irony” in the fact that “a man who has bragged on tape about his history of sexual assault” is still in the White House.