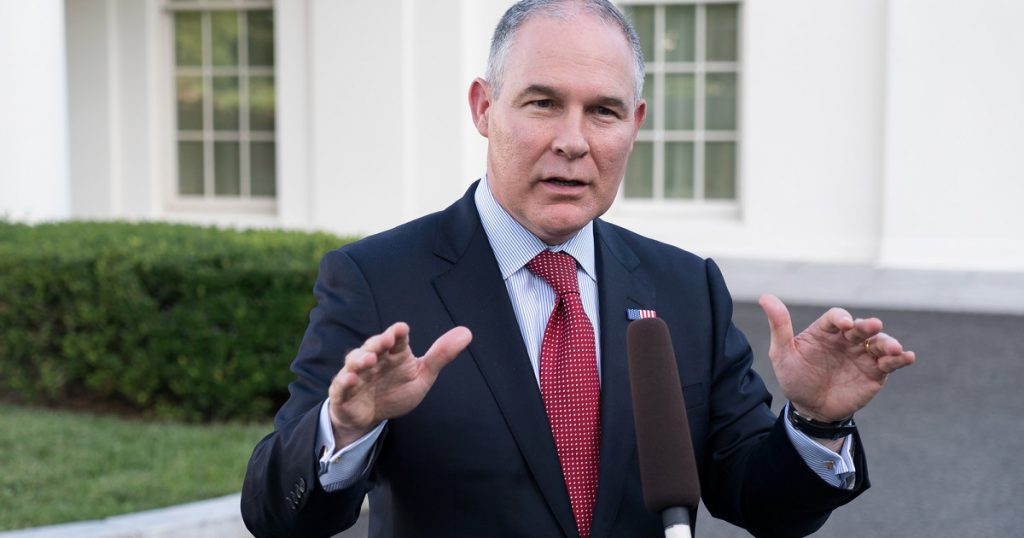 This story was originally published by The HuffPost and appears here as part of the Climate Desk collaboration.

In 1999, Scott Pruitt, then an Oklahoma state senator, introduced a bill to grant men “property rights” over unborn fetuses, requiring women to obtain the would-be father’s permission before aborting a pregnancy.

Pruitt, now the embattled administrator of the Environmental Protection Agency, submitted the legislation again in 2005.

The bill, which did not pass either time, faded from Pruitt’s political legacy. But the legislation merits new examination as the EPA chief faces down an avalanche of corruption accusations. As HuffPost previously reported, Pruitt’s support from right-wing evangelical Christians, a group that largely opposes abortion, has helped him keep his job amid calls from droves of Democrats and a handful of Republicans to fire the administrator.

And while his current role atop the EPA does not give him any official control over abortion policy, he has appeared alongside President Donald Trump in meetings with evangelical leaders, and his draconian history on the issue is of a piece with the administration. In one of Trump’s first acts after taking office, he reinstated and expanded the Reagan-era “global gag rule,” withholding federal funding from charities and aid organizations that counsel women on family planning options that include abortion. Last week, the White House proposed a new “domestic gag rule” that would strip Planned Parenthood of funding.

“It’s not surprising that another member of Trump’s inner circle is hostile to women, but framing a fetus as a man’s property is a new low.”

“It’s not surprising that another member of Trump’s inner circle is hostile to women,” said Dawn Huckelbridge, a senior director at the progressive super PAC American Bridge, which opposes Pruitt and supports abortion rights. “But framing a fetus as a man’s property is a new low.”

American Bridge resurfaced the legislation and shared it with HuffPost. The EPA did not respond to a request for comment.

Pruitt has spent his 15 months at the EPA pushing to keep government out of the private sector. He’s sought to radically deregulate the fossil fuel and chemical industries, clear the way for companies to produce more asthma-triggering pollution, allow deadly chemicals to remain on the market, and revise restrictions on teenage workers handling dangerous pesticides.

By contrast, the bill from his time as a state legislator stated that “it is the responsibility of the state to ensure that no person shall be deprived of life, liberty, or property, without due process of law,” referring to a “fetus” as “property” that has been “jointly created by both father and mother.”

The legislation would have barred doctors from performing abortions without signed statements of permission from the father, or evidence that the man could not be located “after diligent effort.” If the pregnancy resulted from rape, the woman would be required to show “such assault has been reported to a law enforcement agency having the requisite jurisdiction.”

Doctors who performed the procedure without that documentation would have risked losing their medical licenses, been “civilly liable to the father of the aborted child for any damages caused thereby,” and had to pay punitive fines of $5,000.

In a statement to The Associated Press in 1999, Pruitt said a pregnant woman who were to obtain an abortion without meeting the bill’s criteria would face legal consequences. “She’ll be held accountable for it,” Pruitt said.

Pruitt also sought to restrict abortion in other ways. In 2001, when the Legislature was considering a bill to require that pregnant minors show parental permission before obtaining an abortion, he introduced an amendment to define a “fetus” as “any individual human organism from fertilization until birth.”

The timing of the bills came nearly a decade after the Supreme Court issued its landmark decision in Planned Parenthood v. Casey, in which it ruled that provisions requiring a woman to obtain her husband’s permission for an abortion were unconstitutional.

“He doesn’t agree with the court’s not viewing women as property and also doesn’t believe in the intellectual concept that women should have agency over their own reproductive choices.”

“He doesn’t agree with the court’s not viewing women as property and also doesn’t believe in the intellectual concept that women should have agency over their own reproductive choices,” said Leslie McGorman, deputy director at the advocacy group NARAL Pro-Choice America. “Frankly there’s not a whole lot more to tell except that he is the guy who his record indicates he is.”

“He carries that lack of concern for the greater good throughout all of the things he’s done in his career,” she added, referring to his rollback of environmental safeguards.

Until 2017, Pruitt served on the board of trustees at the Southern Baptist Theological Seminary in Louisville, Kentucky, an institution that has said “a wife is to submit herself graciously” to her husband. Around the time he first introduced the abortion bill, in 1999, Pruitt served on the board of the MEND Medical Clinic and Pregnancy Resource Center. Its current executive director, Forrest Cowan, has said unwed mothers have been “failed” by a “boyfriend, who values his own selfish gratification over responsibility, and her father, who should have had her back.”

Pruitt’s crusade against abortion rights continued after he left the state Senate to become Oklahoma’s attorney general. When a district court found a law requiring women to undergo an ultrasound before an abortion to be unconstitutional, Pruitt appealed the decision to the Oklahoma Supreme Court. After losing there, he unsuccessfully petitioned the U.S. Supreme Court to take the case.

In 2012, The Tulsa World excoriated Pruitt in an editorial for wasting “more taxpayer money … on this misguided effort to control doctor-patient interaction and the practice of medicine ― but only when women are concerned.” 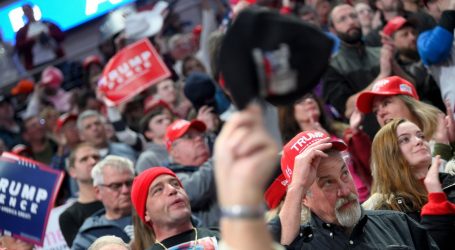 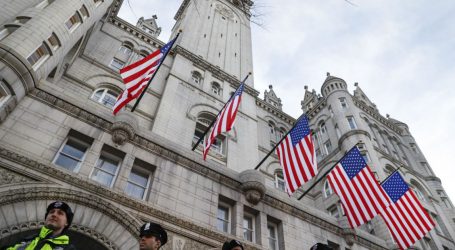