The recent problems at the pump may soon be over.

Colonial Pipeline announced Wednesday they have completed construction and testing of a bypass line at the site of an Alabama spill. Earlier this month, a mine inspector detected a fuel smell near the pipeline and Colonial Pipeline was forced to shut down operations.

“Colonial Pipeline projects that Line 1 will be restarted this evening,” the company said in a news release.

Governor Nathan Deal addressed the ongoing issues after an event at the state Capitol.

“The pipeline that has been diverted around the spillage area should be operating today and by tomorrow,” said Deal. “But because this is a pipeline that serves many states up and down the eastern seaboard, the Federal Department of Energy has set a quota that each state can draw down because otherwise a few states might be able to gobble up the entire supply.”

The Department of Energy did not immediately return requests for information about quota amounts.

As of Wednesday evening, the Attorney General’s Office reported consumers had filed 196 complaints of allege price gouging from Roswell to Acworth to Douglasville.

“I feel sure they are going to investigate all of those complaints and if they think that price gouging actually has taken place, then I’m sure they will take the appropriate action,” said Governor Deal.

If you feel a station has raised its prices unnecessarily, you can file a complaint with the Georgia Department of Law’s Consumer Protection Unit: http://consumer.ga.gov/form/price-gouging/step1/price-gouging-form. 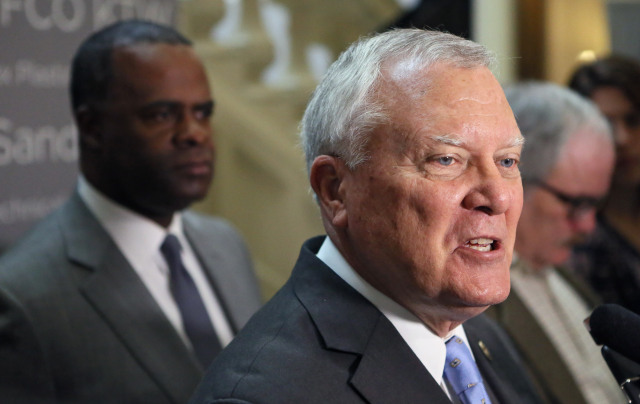