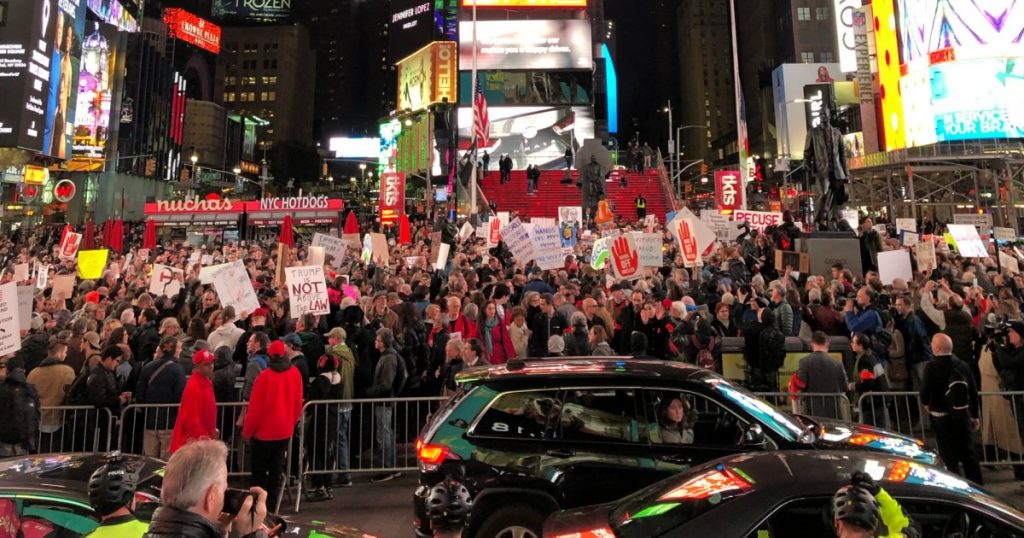 Large crowds gathered in New York’s Times Square Thursday night to call for protections for Special Counsel Robert Mueller’s investigation into Russian interference in the 2016 election. Protesters later seemed to shut down traffic as they marched south down Broadway. Other rallies are also happening nationwide.
The protests, organized by MoveOn.org, come just a day after Jeff Sessions was ousted as attorney general, with Matthew Whitaker, his chief of staff, taking his place in the interim.
For a sense of the size of the New York rally, check out this aerial shot:

Mother Jones’ Mark Helenowski and Sam Van Pykeren were also on the ground in New York, capturing the most powerful moments and, let’s say, colorful protesters:

RIGHT NOW: Protesters converging on Times Square with a message to #ProtectMueller the day after a massive shakeup in the Justice Dept.@samvanpee and I are on the ground for @MotherJones—follow along on Twitter and Instagram. pic.twitter.com/oBrLn9VDsM
— 🎥 Mark Helenowski (@MarkHelenowski) November 8, 2018

Sheiva Rezvani, 35: “The sign says ‘ENOUGH’. My partner and I took this sign to Washington DC after Trump got elected. The slogan is still apt.” pic.twitter.com/8CwvGO916z
— 🎥 Mark Helenowski (@MarkHelenowski) November 8, 2018

📢“What do we want?”🗣”Justice!”📢 “When do we want it?”🗣”Now!”
Full-throated cheers from the front of the #ProtectMueller rally as they near Union Square. pic.twitter.com/RxuuhylGXF
— 🎥 Mark Helenowski (@MarkHelenowski) November 9, 2018

After marchers in New York made it down into Union Square, various speakers roused the crowds:

“I lost my voice—but I am going to speak up tonight!”
Patricia Okoumou, who climbed the Statue of Liberty in protest this Fourth of July, rallied the crowd.
“We are here as a people to stand against Donald J Trump!” pic.twitter.com/h6GGf8j9zW
— 🎥 Mark Helenowski (@MarkHelenowski) November 9, 2018

Carlos Jesus Calzadilla-Paladin, 21, at NYC’s #ProtectMueller rally: “What future do we want? People will look back and ask us: What did we do? Did we stay at home? Did we stay silent? Or did we speak out?” pic.twitter.com/CqOU3gLvKT
— Mother Jones (@MotherJones) November 9, 2018

Protests also took place in other cities, including Washington, DC …

This growing crowd outside the White House has joined thousands of people nationwide to demand that our government #ProtectMueller. Donald Trump cannot be allowed to thwart this investigation. pic.twitter.com/TzV8akL0vi
— NWLC (@nwlc) November 8, 2018 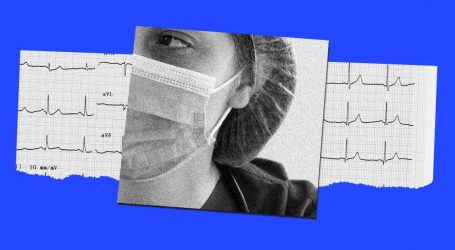 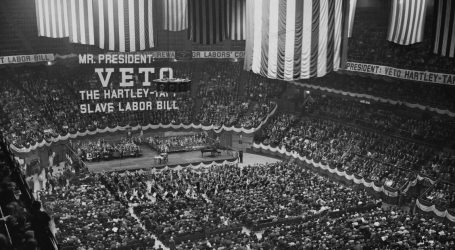 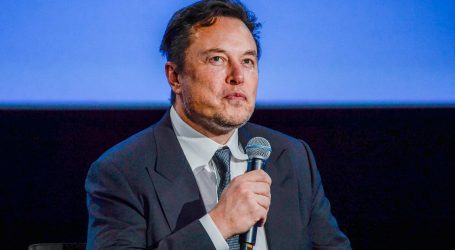