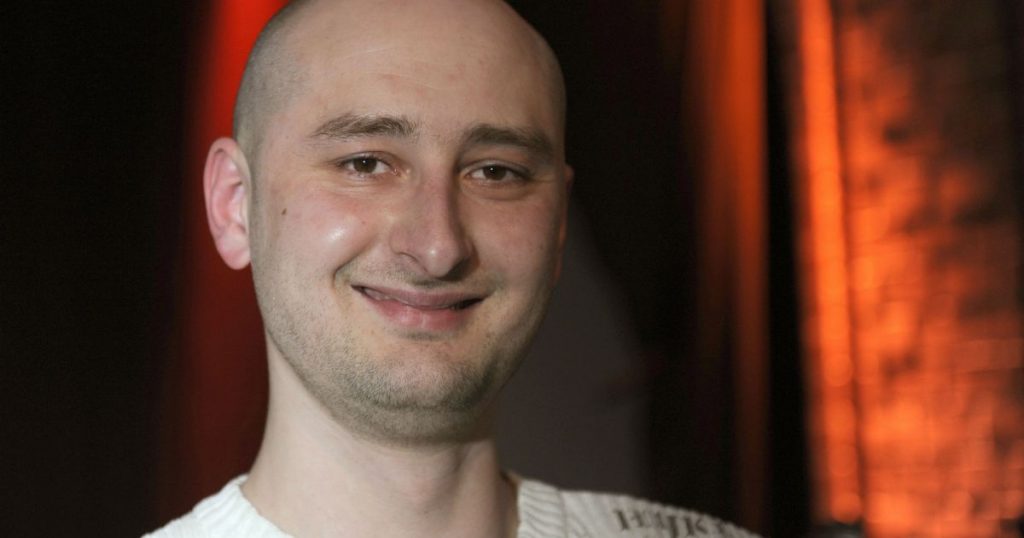 Arkady Babchenko, a prominent Russian journalist, author, and a longtime Putin detractor who fled Russia in February 2017, was fatally shot outside his apartment on Tuesday in Kiev, Ukraine. The wounded Babchenko was found by his wife and died in an ambulance on the way to the hospital.
Kiev Police Chief Andrei Krishchenko told the press that “the first and most obvious” possible motive for the killing was Babchenko’s work that’s long been critical of the Russian president. Ukrainian Prime Minister Volodymyr Groysman, in comments posted to his Facebook page, also implied involvement by Putin’s government in Babchenko’s death.
Babchenko is one of at least a dozen Kremlin critics who’ve been murdered or died under mysterious circumstances over the past decade. A Moscow native, he first rose to prominence in Russia in the early aughts, following the publication of One Soldier’s War, a memoir about his time fighting with the Russian army in its war with Chechnya  and an indictment of how Russia treats its own—the young men conscripted into its army, as well as the Chechens living on Russian land. The book led to work as a war correspondent for a number of Russian newspapers, reporting on the country’s involvement in one nearby conflict after another: the Second Chechen War, the 2008 invasion of Georgia, and 2010 ethnic clashes in Kyrgystan.
In early 2017, after spending years fearing he would be arrested, beaten, or worse, Babchenko left Russia. The final straw, he wrote in a Facebook post later reprinted by the Guardian, came just a few months before he fled, following his December 2016 post after the crash of a Russian military plane in the Black Sea. The incident killed all 92 passengers on board, including the members of a renowned Russian military choir and several staffers for state news agencies. Babchenko wrote that while he felt no joy over the passenger’s deaths, he also felt no sympathy for those killed because they were pawns of Russian state operations. The Kremlin’s response to the post was explosive; soon Russian lawmakers and state media were calling for Babchenko’s fining, prosecution, and deportation.
This past March, Babchenko spoke at “Putincon” in New York City, a conference featuring a number of Putin critics on the eve of the 2018 presidential election in Russia. In a 10-minute speech delivered in Russian, Babchenko talked about the 1999 bombings of four apartment buildings, acknowledging a theory out loud that is despised by the Putin administration: That the bombings were not, as the Kremlin claimed, the work of Chechen terrorists, but rather that they were a government operation, orchestrated by Putin to justify the Chechen war and help him ascend to power.
Babchenko also spoke about his time fighting in Chechnya, describing the philosophy of hate that he and his fellow soldiers were exposed to—that all Chechen men age 10-60 were enemies that Russian soldiers should “Kill, kill, kill.” The propaganda of hate, Babchenko said, has been pushed by the Kremlin for years, targeting one group after another: Chechens, then immigrants, LGBT people, Georgians, Ukrainians, and others. The propaganda’s latest target? The United States.
“Now in Russia, the most important enemy is the United States,” Babchenko added. “Now, for the most part, the people that Russians hate—it’s all of you.”
At the event, he also shared his fears prior to leaving Russia, comments that would prove to be eerily prescient given Tuesday’s shooting outside his home: “For years I thought I’d be arrested,” Babchenko said then. “For years I was afraid to go into the entryway, because I thought that someone would beat me over the head.”
You can watch the original speech here:

Even since leaving Russia, it seems something had Babchenko concerned for his safety. The day before his murder, he tweeted a link to a since-deleted 2014 Facebook post in which he described a veiled threat issued by a Putin aide who’d called on the Chechen president to invite Babchenko “for tea”—echoing the manner in which ex-Russian spy Alexander Litvinenko was famously poisoned, allegedly by Kremlin operatives. Babchenko inexplicably linked back to this episode in a tweet on Monday, with the comment, “When the president’s representative openly posts an offer to have you killed.” 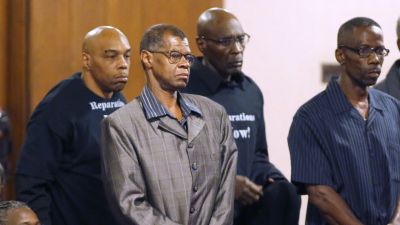 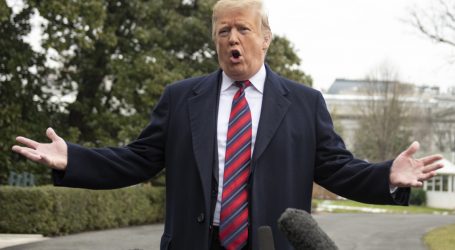 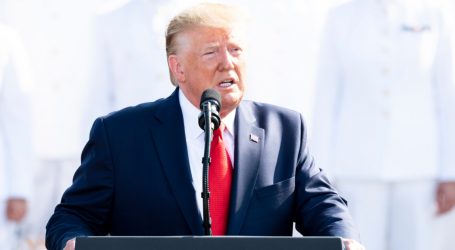