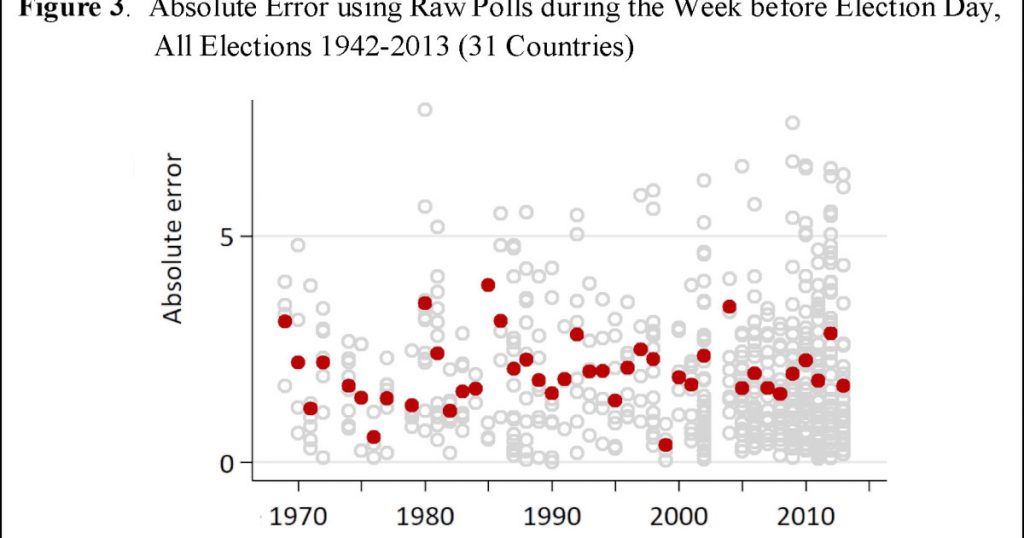 Are political polls getting worse over time? Nate Silver says no:

Not to say there aren’t challenges; declining response rates are a big issue. But if you’re citing Brexit or 11/8/16 as examples of failure—when polls were off by only a few points, well within theoretical and empirical margins of error—you may not know what you’re talking about.
— Nate Silver (@NateSilver538) March 13, 2018

He cites an exhaustive new study by Will Jennings and Christopher Wlezien, who say this: “Our analysis draws on more than 30,000 national polls from 351 general elections in 45 countries between 1942 and 2017….We find that, contrary to conventional wisdom, the recent performance of polls has not been outside the ordinary.” Here’s an excerpt from the money chart:
This doesn’t show the 2016 presidential election, which was off by about two percentage points—well within the normal range. Too bad about that Electoral College nonsense, eh? 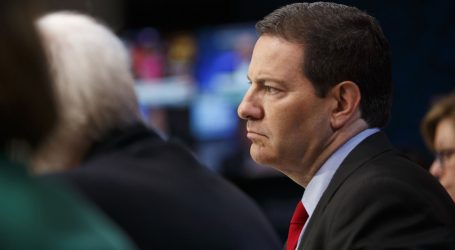 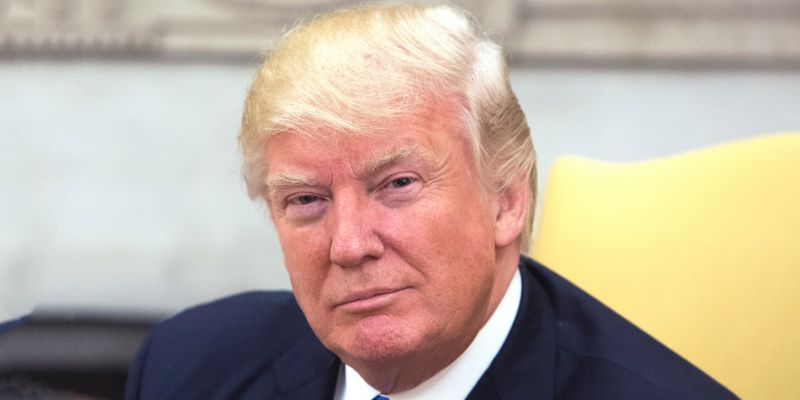 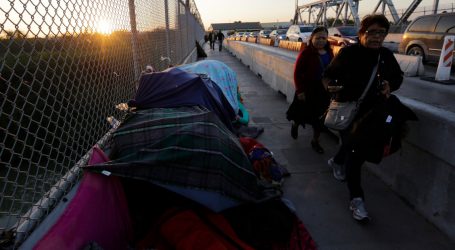