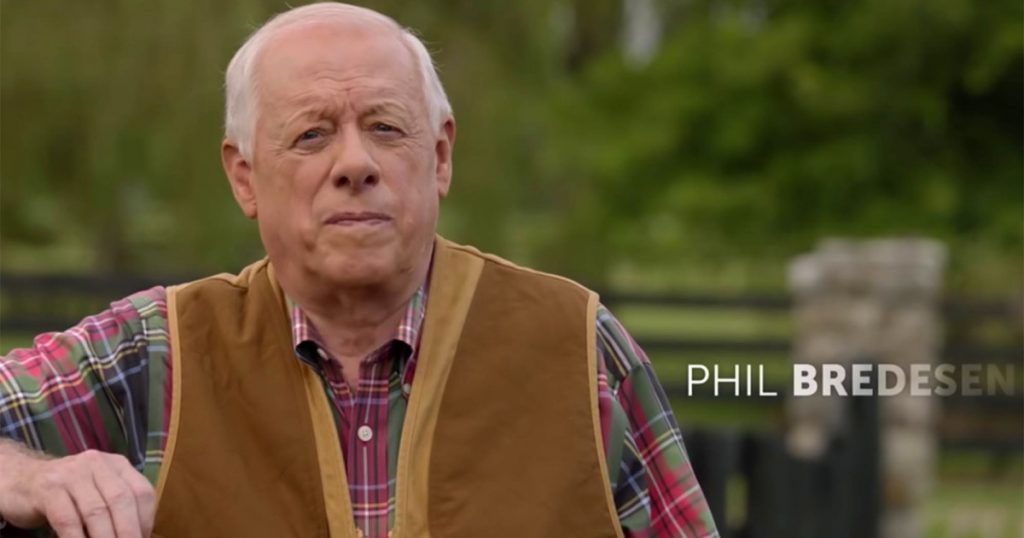 As his party has continued to move farther to the left, Phil Bredesen has had an increasingly uneasy relationship with it, despite being one of Tennessee’s most famous Democrats. But when the former governor and current Senate hopeful issued a statement recently that said he would vote to confirm Brett Kavanaugh if he were a sitting US senator, he made it much, much more complicated.
“It felt like a slap in the face,” says Francie Hunt, who serves as the executive director for Tennessee Advocates for Planned Parenthood and the event coordinator for Power Together Tennessee, the state’s arm of the Women’s March. “We were working really hard to get our folks to make sure they were writing and calling in to the senators here in Tennessee to oppose Kavanaugh.”
“It’s one thing to get attacked by an enemy; it’s another to get attacked by a friend,” she adds.
Bredesen has run a reliably consistent campaign for the seat being vacated by his close friend, Republican Bob Corker, digging his heels into the middle of the road as a staunch centrist—someone who tries to avoid partisan infighting, criticizing both parties, pissing off both parties, and arguing he’s doing what’s best for the constituency as a whole.
That sentiment was clear when he announced his support for Kavanaugh’s ascension to the Supreme Court on October 5, saying though he considers Christine Blasey Ford, who accused the nominee of sexual assault, a “heroine,” he feels that “a Senator’s responsibility to ‘advise and consent’ is not a license to indulge in partisanship, but should focus on the qualifications of the nominee, their ethics and their temperament.”
“It’s one thing to get attacked by an enemy; it’s another to get attacked by a friend.”More often than not, Bredesen reads as conservative to progressive voters—there’s a running joke among Tennessee politicos that Bredesen is the best Republican governor the state ever had. Truly, the running line from his Republican rival Rep. Marsha Blackburn that Bredesen is “bought and paid for by Chuck Schumer” and national Democrats can seem almost comical amid Bredesen’s Kavanaugh statement and the political ad where he totes a rifle into the woods to shoot clay pigeons and talks about his support for the Second Amendment and his A rating from the NRA as governor.
He has also been critical of Democrats throughout his candidacy, calling them “elitist” and disapproving of their focus on social issues through “demographic partitioning.” What’s more, a local Indivisible leader tells Mother Jones that when the group reached out to Bredesen’s campaign to ask if he had interest in an endorsement, they responded by asking for a closed-door meeting. The leader says Indivisible turned the meeting down because of its dedication to transparency.
“I believe that if this race is a race between me and Congresswoman Blackburn, I win,” Bredesen told the Associated Press last month. “If it’s a race between Democrats and Republicans, I lose.”
Still, even if Bredesen isn’t publicly embracing  them, progressive groups across the state were excited this year about the prospect of actually electing a Democrat to office—and keeping Blackburn, best known for her stalwart loyalty to President Trump and her crusade to take down Planned Parenthood for its alleged sale of “baby parts,” out of office. The race also has national significance, as its a prime target for Democrats looking to gain a majority in the Senate. For progressives in the state, that has meant accepting much of Bredesen’s moderate platform as a means to an end. But in the Me Too era, in a state that has faced the bad behavior of several male legislators, his decision to support Kavanaugh was either uncomfortable or simply unacceptable.
In an interview with Fox News after Bredesen released his statement on Kavanaugh, Sen. Corker predicted it would have a lasting effect. “I told Senator Schumer after the Kavanaugh episode that just for what it’s worth, I felt it had been very detrimental to Governor Bredesen and very beneficial to Marsha,” Corker said. “I had so many people in Tennessee that might have been open to thinking about [Bredesen] and it just consolidated the race.”
Sarah Herron, who founded Indivisible’s East Tennessee chapter, tells Mother Jones she knows of several Bredesen campaign volunteers who had stopped working for him in early October, and she knew of people who were returning their yard signs to campaign offices to express their anger and disappointment. A recent report from Politico echoes Herron’s anecdote: Volunteers have been calling in to cancel door-knocking and phone-banking shifts for Bredesen since the statement was released, and at least 22 have reached out to the campaign directly to express their anger at Bredesen’s decision.
Herron also says that after Bredesen’s announcement, eight Indivisible members had plans to attend a Blackburn event in Blount County with the state’s other Republican senator, Lamar Alexander. Herron notes her team was so upset by Bredesen’s statement, they weren’t really up for their assignment; only one actually attended—the rest went to a bar. “They called and said, ‘You know, I’m just so upset, I can’t go do this right now,’” Herron remembers.
Meanwhile, Bob Mendes, a Nashville city councilmember, tweeted that his teenage daughter pulled up their Bredesen for US Senate yard sign.

The verdict with permission:
1. Intensity of position driven by being bothered by grab-them-by-the-p**** politics
2. If old enough, she’d vote for him as “least bad of 3 options”
3. No sign – that would indicate active support, which is not how she feels.
— Bob Mendes (@mendesbob) October 9, 2018

Bredesen’s statement has also cost him potential campaign dollars. Shortly after his campaign released it, Priorities USA Action, which has spent more than $13 million so far to boost Democratic candidates in the midterms (though none in the Tennessee race), said it would not support Bredesen’s campaign.
Even so, it’s not quite clear how this will—or if—it will translate to the polls. The fact is, many people don’t feel like they have another choice and the lingering impact of the statement was somewhat blunted given that, within a week, Bredesen earned the endorsement of megastar and famously apolitical Taylor Swift. Swift’s endorsement also appears to have created a get-out-the-vote success story that is likely to benefit Bredesen; Vote.org, the site Swift directed her fans toward, saw 65,000 voter registrations in the 24 hours after her Instagram post, BuzzFeed News reported. A Vote.com spokeswoman said 2,144 voters in Tennessee specifically were registered in the 36 hours prior to the BuzzFeed story. (It’s also worth noting the Swift’s post was made as the registration deadline was closing in, which is likely in part also responsible for the surge in registrations.)
“The bottom line is, we have to elect Bredesen, because the alternative is just a nightmare,” Hunt says. “As frustrated as we are—it’s kind of like with family, they drive you crazy. Phil is family.”
The Monday after the Kavanaugh announcement, Indivisible East Tennessee posted a poll to their Facebook page, which was shared statewide across regional chapters, asking members to weigh in on the statement. The results of the poll were shared with Mother Jones. Out of 445 participants, 27 said they were still undecided about how it would impact their vote, while just 10 said they would not vote for Bredesen; the rest remained firmly committed to voting for him, but many of that group expressed deep disappointment and anger over the statement. On the group’s Facebook page, one user wrote that Bredesen “should walk back” his statement, calling it “stupid and misogynistic.” Another said that while she was “furious” when she saw the statement, he still had her vote; yet another suggested that Bredesen should “should show some leadership around gender equality and sexual assault legislation” as a mea culpa to his female voters.
“Most people who are undecided, those people are talking about being survivors [of sexual violence],” Herron says. “That’s a consistent theme.”
Just before the statement, Fox News released a poll that showed Blackburn ahead of Bredesen—she had 48 percent of the voters surveyed, while he had 43 percent, but Bredesen led the female vote by five points. Then last week, a CBS poll showed Blackburn’s lead had surged—putting her up eight points, and leading the female vote by five points. In that CBS poll, only 8 percent of Bredesen’s support is coming from voters who identify as Republican; 38 percent comes from Independent voters, and a whopping 93 percent of those polled who said they were planning to vote for Bredesen are Democrats.
Bredesen’s campaign did not respond to multiple requests for comment from Mother Jones.
“As frustrated as we are—it’s kind of like with family, they drive you crazy. Phil is family.”So while it’s likely that the vast majority of progressives in the state will ultimately still vote for Bredesen, what is clear is that their most enthusiastic support is being funneled into down-ballot races—for Democratic candidates such as Mariah Phillips, who is running against incumbent Republican Rep. Scott DesJarlais in District 4, and Renee Hoyos, who is challenging Republican Tim Burchett in the state’s 2nd congressional district.
Emily Phelps, the national spokeswoman for Indivisible, says the energy in Tennessee is not to be underestimated. She points out that in 2014, 64 of the 117 seats up in the Tennessee legislature were uncontested—now, only seven seats are unchallenged. The group cites Jackie Hill’s campaign as one of its biggest victories so far; in August, Hill became the first black woman to be elected to the Blount County Commission.
“Tennessee’s Indivisible groups have outperformed against huge challenges,” Phelps said, citing the state’s historically low voter turnout. “They have really set the standard for how red-state organizing can look.”
“Phil Bredesen is missing out,” she adds.
While both Herron and Hunt say they will, without a doubt, vote for Bredesen, they’re already shifting to find ways to put pressure on him should he win.
“We know that when he is elected and we hope he is, we will have our work cut out for us,” says Herron. “We’re looking at a very exhausting six years—I’m gonna need a good stock of Tylenol in my medicine cabinet.” 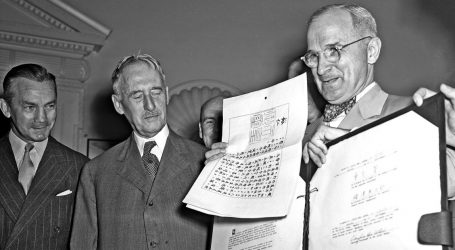 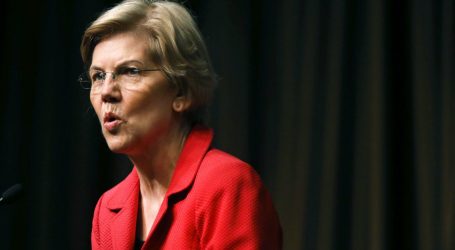