WASHINGTON (AP) — The head of one of the largest African-American civil rights organization told Congress on Wednesday that Sen. Jeff Sessions is “unfit to serve” as attorney general as a 1986 letter from the widow of Martin Luther King Jr., surfaced strongly expressing opposition to the Alabama senator.

Cornell Brooks, the head of the NAACP, said the organization “firmly believes” that Sessions is unfit to serve as attorney general in the incoming Trump administration. Brooks joined supporters and opponents of Sessions on the second day of confirmation hearings.

The Alabama Republican was rejected by the Senate Judiciary Committee in 1986 for a federal judgeship amid accusations that he had called a black attorney “boy” — which he denied — and the NAACP and ACLU “un-American.”

“We take no pleasure in stating that, in the view of the NAACP, Senator Sessions’ record conclusively demonstrates that he lacks the judgment and temperament to serve effectively as Attorney General of the United States,” Brooks said, saying the senator “evinces a clear disregard, disrespect, and even disdain for the civil and human rights of racial and ethnic minorities, women, the disabled, and others who suffer from discrimination in this country. ”

On Tuesday, the NAACP released a letter from Coretta Scott King, wife of the civil rights leader, in which she said that Sessions’ actions as a federal prosecutor were “reprehensible” and that he used his office “in a shabby attempt to intimidate and frighten elderly black voters.”

“Mr. Sessions has used the awesome power of his office to chill the free exercise of the vote by black citizens in the district he now seeks to serve as a federal judge,” Mrs. King wrote. She said he lacked the “temperament, fairness and judgment” to be a federal judge. Mrs. King died in 2006.

Later in the day, Sessions’ Senate colleague, Democrat Sen. Cory Booker of New Jersey, will testify against him. Booker is black, and his testimony underscores Democratic unease with the Alabama Republican.

Sessions has solid support from the Senate’s Republican majority and from some Democrats in conservative-leaning states, and is expected to easily win confirmation. Still, he faces a challenge persuading skeptical Democrats that he’ll be fair and committed to civil rights, a chief priority of the Justice Department during the Obama administration, as the country’s top law enforcement official.

Republicans on the panel have defended Sessions, with Texas Sen. Ted Cruz describing how he helped secure convictions in a 1981 murder of a black teenager when he was a federal prosecutor. Two Ku Klux Klan members, Henry Hays and James Knowles, were arrested and convicted.

“I know we need to do better, we can never go back,” Sessions said. “I am totally committed to maintaining the freedom and equality that this country has to provide to every citizen, I can assure you.”

Booker calls his opposition “a call to conscience” and said he didn’t make the decision to speak at the hearing lightly.

“The attorney general is responsible for ensuring the fair administration of justice, and based on his record, I lack confidence that Senator Sessions can honor this duty,” Booker said.

Senate officials searched and could find no other case in the country’s history when a sitting senator testified against a colleague picked for a Cabinet post.

Copyright 2017 The Associated Press. All rights reserved. This material may not be published, broadcast, rewritten or redistributed. 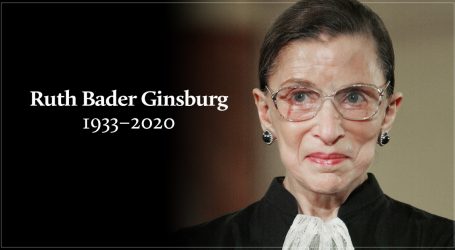