More than half of Republicans think Obama is a Muslim, according to new poll http://t.co/ZgCkiNHSNA pic.twitter.com/GLKBcxMfwK

During a visit to his father’s native Nairobi, Kenya this summer, President Barack Obama thumbed his nose at the so-called birther movement: people who believe he was not born in the United States.

“I suspect that some of my critics back home are suspecting that I’m back here to look for my birth certificate,” he joked while delivering a toast at a state dinner hosted by Kenyan President Uhuru Kenyatta. “That is not the case.”

But a new poll released Tuesday conducted by Public Policy Polling shows that a large swath of Republicans who are regular primary voters actually believe that President Obama is indeed Muslim and was born outside of the United States.

And Republican presidential front-runner Donald Trump’s xenophobic rhetoric, most notably against Mexican immigrants, is playing well among his party’s voters, who also believe that children of undocumented immigrants should be deported, the results show.

“Donald Trump’s saying things out on the campaign trail that a lot of people think, but that have generally been seen as not appropriate to talk about in public,” Dean Debnam, president of Public Policy Polling said in a statement (pdf). “So it’s not surprising that people who hold those kinds of beliefs are gravitating towards him.” Via Poll results from Public Policy Polling:

66% of Trump’s supporters believe that Obama is a Muslim to just 12% that grant he’s a Christian. 61% think Obama was not born in the United States to only 21% who accept that he was. And 63% want to amend the Constitution to eliminate birthright citizenship, to only 20% who want to keep things the way they are….

Trump, the real estate mogul and reality television star, is an early proponent of the birther movement, which started in 2008 when then-Illinois Senator Obama made his first run for president. While running for his second term, President Obama released his long-form birth certificate in April 2011, after Trump propelled speculation that he was born outside of the U.S.

But the birth certificate still has not convinced Trump that the president is a native-born U.S. citizen, he said in July during an interview with CNN’s Anderson Cooper.

“I don’t know,” Trump told CNN when asked whether he thought Obama was born in the U.S. “I really don’t know. I don’t know why he wouldn’t release his records.”

The poll results show that Trump’s supporters aren’t the only ones who hold these views:

Bush, who was the apparent Republican presidential front-runner before the summer of Trump, has not been able to rise in popularity because of an inability to attract primary voters who hold the same beliefs as those who favor Trump, the poll shows. SMDH.

On Wednesday, New Hampshire’s Manchester Union Leader published an op-ed by Democratic presidential front-runner Hillary Clinton that outlines her policy plan to combat the epidemic of drug and alcohol addiction:

Today I’m releasing a strategy to confront the drug and alcohol addiction crisis. My plan sets five goals: empower communities to prevent drug use among teenagers; ensure every person suffering from addiction can obtain comprehensive treatment; ensure that all first responders carry naloxone, which can stop overdoses from becoming fatal; require health care providers to receive training in recognizing substance use disorders and to consult a prescription drug monitoring program before prescribing controlled substances; and prioritize treatment over prison for low-level and nonviolent drug offenders, so we can end the era of mass incarceration.

Achieving these goals won’t be easy. It will take commitment from all corners — law enforcement, doctors, insurance companies and government at every level. That’s why my plan starts by partnering with states and communities across America to meet these goals and substantially expand access to treatment. We’ll ask states to design ambitious plans using the programs that make most sense for their communities’ needs. In return for strong proposals to address the substance abuse crisis, the federal government will draw on a new $7.5 billion fund to help states meet their goals.

Congratulations to Clinton for addressing and recognizing a big problem in America. We look forward to hearing from other candidates about how they will contest this issue. What about you? Sound off in the comments…

While 2016 Candidates Point Fingers On Cause Of TV News Shooting, A Real Mental Health Crisis Brews 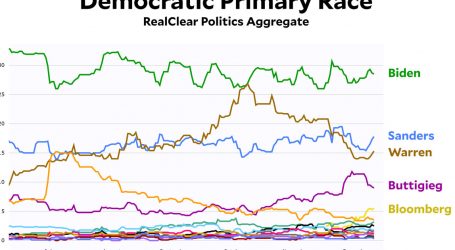 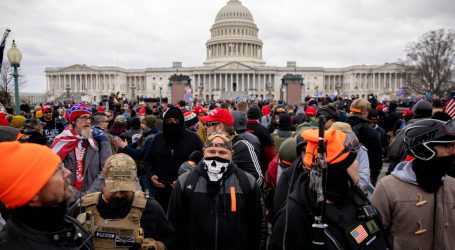 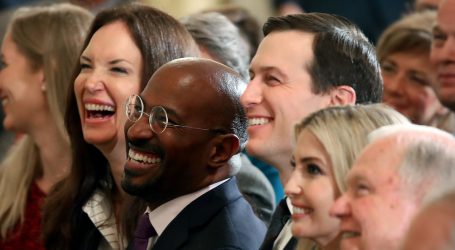