Police arrested a man they said burglarized his former employer and then asked for his job back.

At 8am: Police need your help finding 2 men involved in a burglary at Southlake Mall. They have the third suspect in jail @FOX5Atlanta pic.twitter.com/tliPLRwEQo

Officers with the Morrow Police Department were waiting for Elijah Ahmad Thompson, 21, when he reported to work at the Kid’s World store inside Southlake Mall Wednesday.

According to police, Thompson and two other men broke into the mall before it opened on December 19 and went straight for the children’s clothing store where they took off with the safe.

Mall security discovered someone had broken in and called police, but they could not determine what was missing until the Kid’s World manager came in that day to discover the safe gone.

Investigators said Thompson abruptly quit his job at the store and went home to Illinois for a short time.

“He then called the manager back to find out if he could come back to the location to work again and of course, the manager, not knowing anything, he was like, ‘Well, yeah. Come back,'” explained Morrow Police Sgt. Q. Lumpkin. “At that point we had video and we knew who we were looking for, but we did not know that that person was an employee until after we recovered files from the store of employees that worked there and those photos matched perfectly. There’s no doubt that that’s who that was that went inside the store and took the safe.”

Officers took Thompson into custody and charged him with commercial burglary, criminal trespassing and possession of tools during the commission of a crime.

WATCH: Take a good look at this video to see if you recognize these men

Lumpkin said Thompson has refused to identify his two accomplices and she asked anyone who recognizes the men to call Crime Stoppers or the Morrow Police Department. 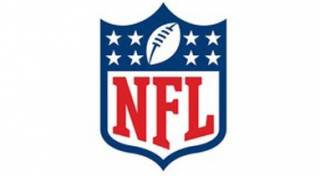