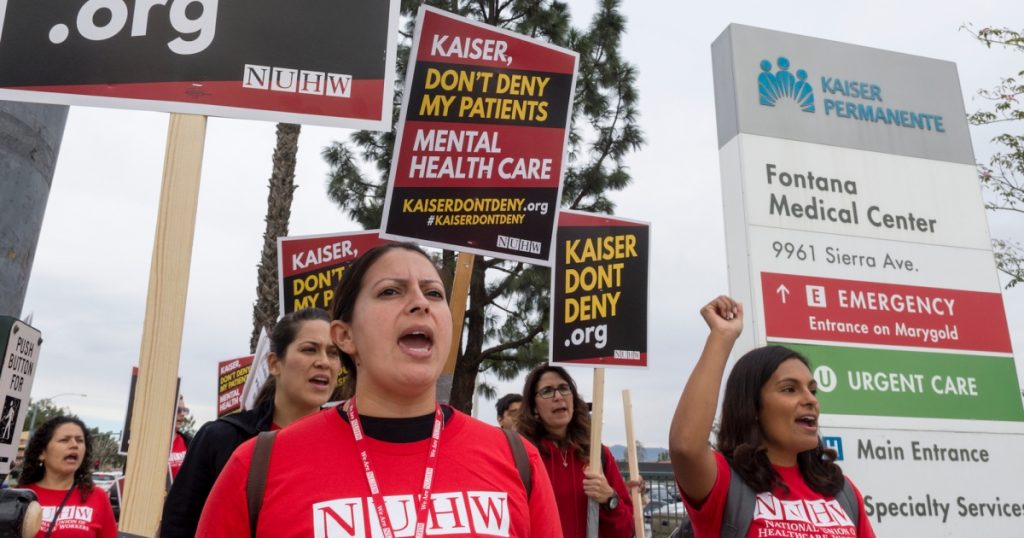 Fight disinformation. Get a daily recap of the facts that matter. Sign up for the free Mother Jones newsletter.More than 30,000 Kaiser Permanente workers plan to strike on November 15 if contract negotiations with the health network do not improve. Workers are fighting a proposal from Kaiser that would cut pay for future hires.
The decision to provide Kaiser with the 10-day notice required by federal labor law is a major escalation in what could soon become one of the largest health care strikes in recent history. It comes after Kaiser workers from unions across the country voted overwhelmingly last month to give union leaders the authority to call a strike. Roughly 20,000 workers are already on strike at major companies like Kellogg’s and John Deere as part of what was dubbed Striketober.
The workers who plan to strike on November 15 are members of the the United Nurses Associations of California/Union of Health Care Professionals, the Oregon Federation of Nurses and Health Professionals, and United Steelworkers Local 7600, which represents Kaiser workers in California. Another 8,000 Kaisers employees whose unions have also authorized strikes may put in their 10-day notices in the coming days.
Jodi Barschow, a Kaiser nurse who serves as the president of the Oregon Federation of Nurses and Health Professionals, said in a statement that workers had hoped Kaiser would back down after they authorized strikes and held rallies opposing the health network’s plan. “Striking is our last resort,” Barschow said, “but it is what we must do so that we can protect our patients, our workers, and our entire public health care system from the disastrous attack Kaiser leadership is staging.”
Kaiser’s initial offer would have cut wages for future hires by between 26 and 39 percent. UNAC/UHCP said in a press release that the health network reduced that to a 15 percent cut in an offer made on Tuesday. Kaiser workers believe the two-tier wage system would deepen an existing staffing crisis at the network’s facilities and put patients at risk by making the nonprofit unable to recruit and retain talented workers. As I wrote last week:
There are also fears that it would lead to resentment among those paid less for the same work, or cause Kaiser to replace the more expensive workers covered by the old contract with new hires. Kaiser’s push for two-tier pay resembles similar proposals from Kellogg and John Deere that have already led to strikes this fall. Like Kaiser, both companies remain highly profitable…
The Alliance of Healthcare Unions, the coalition of 21 locals now considering whether to strike, has been pushing for 4 percent raises, no two-tier wage system, and contract language that ensures safe staffing levels.
Kaiser has made more than $10 billion during the pandemic. That includes $3 billion in the second quarter of 2021, most of which came from investments. In 2019, outgoing CEO Bernard Tyson’s pay and retirement package came to $35 million. Kaiser declined to say last month how much his replacement, Greg Adams, made last year.
Keri Ferraro, a surgical technologist at Kaiser with 16 years of experience and a member of the bargaining team for the Oregon Federation of Nurses and Health Professionals, told me last month that she’s already waited seven or eight hours to take lunch breaks because of short staffing. She fears how much worse staffing could get if a two-tier system went into effect. “It really seems like they’re just trying to save money at the expense of those same health care workers they called heroes,” Ferraro said. 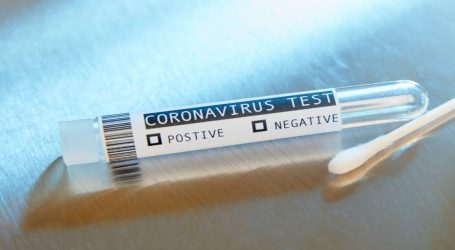 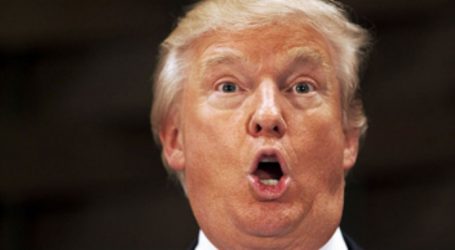 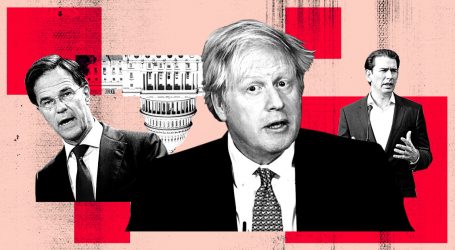