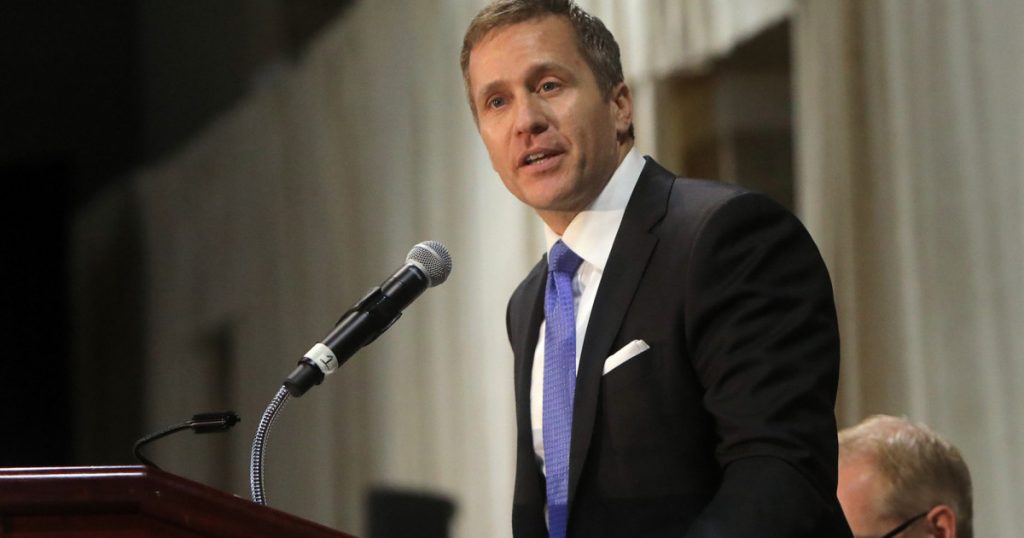 Facing allegations of sexual assault, a felony charge, and the looming threat of impeachment, Missouri Gov. Eric Greitens resigned on Tuesday.
“This ordeal has been designed to cause an incredible amount of strain on my family,” Greitens said at a press conference. “It’s clear that for the forces that oppose us there is no end in sight. I cannot allow those forces to continue to cause pain and difficulty to the people that I love.”
Greitens, once considered a Republican rising star and potential future presidential contender, reiterated his previous statements that none of his conduct was illegal. “I have not broken any laws or committed any offense worthy of this treatment,” he said. “I will let the fairness of this process be judged by history.”
Last week, Greitens released an ad blaming his travails on “fake news,” George Soros, and Democrats.The announcement came a few hours after a state judge ruled that Greitens’ dark-money group, A New Missouri, had to turn over internal communications and documents to a Missouri House committee that has been investigating the governor’s conduct. The documents are expected to show “potential coordination among the nonprofit, the governor and the governor’s campaign committee, as well as expenditures related to advertising,” the Kansas City Star reports.
Since May 18, the Republican-controlled Missouri legislature has been considering potential articles of impeachment against the governor in a special session. Greitens, a first-term Republican, was the subject of two scathing reports released earlier this year by the Missouri House Special Investigative Committee on Oversight.
Greitens still faces a state felony charge for computer tampering based on the allegations that he improperly used a donor list from his veterans charity during his political campaign.
A special prosecutor is also considering whether to file new charges in a separate case involving allegations of sexual misconduct and blackmail related to an affair between Greitens and his hairdresser in 2015. Greitens had been charged with invasion of privacy after being accused of taking a partially nude photograph of the woman and threatening to release it if she spoke about their relationship. The St. Louis prosecutor dropped the charge two weeks ago, after a state judge permitted Greitens’ defense team to call the prosecutor to testify about potential misconduct in her investigation.
Last week, Greitens released an ad blaming his travails on “fake news” (after a tabloid paid a source for details about Greitens’ affair), George Soros (for donating to the St. Louis prosecutor pursuing charges against him), and local Democratic leaders (who, along with Missouri Republican leaders, have been calling for his resignation since spring).
“For those who would be moved to vengeance, let us allow history and God to bring justice,” Greitens said in his statement. He will officially step down on Friday, June 1. 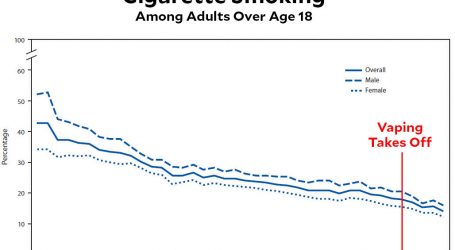 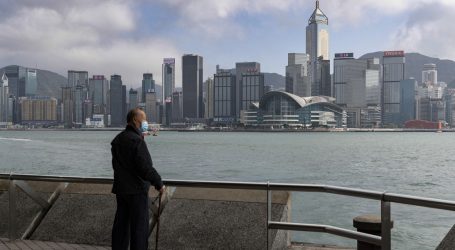 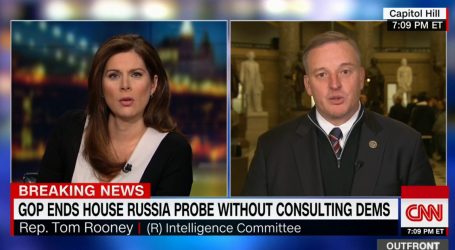