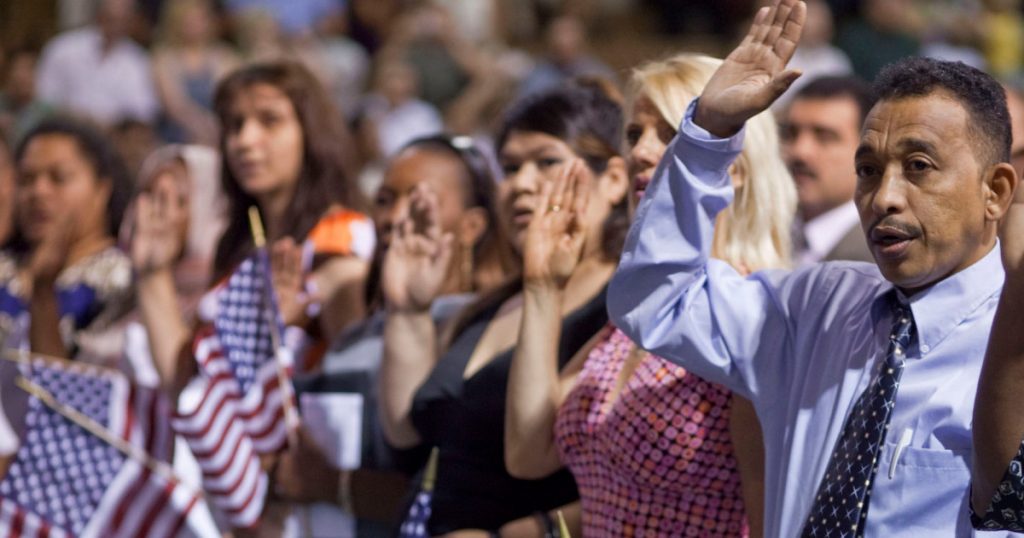 Immigrants become US citizens at a USCIS ceremony in Phoenix.Jack Kurtz/ZUMA

Fabiano de Oliveira had a clear path to staying in the United States: His wife was a US citizen, and he had a five-year-old son and no criminal history. He had been ordered deported to Brazil but was still eligible for a green card through his marriage. In January, Fabiano and his wife, Karah, met with US Citizenship and Immigration Services (USCIS) to prove their marriage was legitimate. The immigration officer decided it was, bringing Fabiano a step closer to becoming a permanent resident. And then the officer told Fabiano that Immigration and Customs Enforcement (ICE) wanted to speak with him.
Fabiano was arrested and placed in detention. His story, which was featured in the New York Times on Thursday, is part of a larger trend. Under the leadership of its hardline director, Thomas Homan, ICE is targeting people with deportation orders when they meet with immigration officials at USCIS. This tactic presents unauthorized immigrants with an agonizing choice: continue living without legal status—at a time when Homan has said all undocumented immigrants “need to be worried”—or risk being arrested while trying to obtain legal status in the United States.
Leon Rodriguez, who led USCIS in the final years of the Obama administration, says the arrests could create an atmosphere where immigrants are “chilled from doing what otherwise is their right to do.” USCIS “field offices are places where there is serious, life-changing business that goes on,” he says. “There needs to be an atmosphere of calm. People need to be comfortable.” Todd Pomerleau, one of de Oliveira’s attorneys at the Boston law firm Rubin Pomerleau, says his firm tells clients who could be arrested at a USCIS interview that they should have a “war chest” of several thousand dollars ready to fight to get out of immigration detention.
The ICE arrests undercut a USCIS policy that makes it easier for some unauthorized immigrants to become legal residents without spending months outside the United States. Before 2016, de Oliveira would have had to leave the country, visit a US consulate, and apply for a waiver to allow him to receive a green card. There was no guarantees of being approved, and many people were wary of leaving the country only to discover they would not be allowed back. In July 2016, USCIS announced that people like de Oliveira could receive a provisional waiver while still living in the United States, greatly reducing the risk. Now ICE is arresting people the rule was designed to help, even though it is still in effect. It is not clear how many people have been arrested at the interviews. Arwen FitzGerald, a spokeswoman for USCIS, says the agency does not track how many arrests are made at its offices. She says the provisional “waiver is intended to shorten the wait time and separation from families…but it does not eliminate the consequences of a final order of removal.”
An ICE official, who requested anonymity, says, “USCIS exists to provide benefits and protections under the law, and so we cooperate in that process by and large, but those judges’ [removal] orders have to mean something.” The ICE official says that people who demonstrate the “veracity” of their marriage to USCIS may be released from immigration detention. But in January, de Oliveira was detained immediately after USCIS determined that his marriage was legitimate, and he was released only after petitioning a federal court. He is now wearing an ankle bracelet to track his location and checking in with ICE while he goes through the green card process, Pomerleau says.
The ACLU of Massachusetts filed a lawsuit last week to try to block ICE from arresting people at the meetings. The ACLU argues in its lawsuit, “In effect, the government’s one hand beckons [people] forward, and its other hand grabs them.” Pomerleau hopes the case will lead to a nationwide injunction and allow immigrants across the country to feel safe when they attend interviews to legalize their immigration status.
Immigrants without criminal records had little risk of being arrested in the later years of the Obama administration. ICE is now deporting undocumented immigrants regardless of how long they have been in the United States and whether they have followed US laws. The Transactional Records Access Clearinghouse, a nonpartisan research center, reported on Thursday that 43 percent of new cases brought by the Department of Homeland Security in immigration court last month involved people who had been in the United States for at least two years, compared with 6 percent of cases in December 2016.
ProPublica and the Philadelphia Inquirer reported last week on a Pennsylvania judge, Elizabeth Beckley, who called ICE when a couple came to her courthouse to get married. The outlets wrote:
When the constable announced he would be detaining Parker for ICE, the couple was stunned. Though born in Guatemala, Parker, 21, had been adopted by American parents when he was 8 months old. At that moment, he was technically undocumented, with his green-card renewal being processed. But he does not speak Spanish or consider himself an immigrant, much less a deportable one.
Undocumented immigrants are also being arrested at what were once routine meetings with ICE. Homan argues that the arrests are necessary to deter future unauthorized immigration. John Sandweg, who served as ICE’s acting director during the Obama administration, considers the arrests a way of padding the agency’s arrest numbers by targeting “low-hanging fruit.” Pomerleau compares the practice to arresting a person who goes to the police station and says, “I heard you want to talk to me.” He adds, “It’s a lot easier than doing a manhunt.”
Pomerleau says the aftermath of the USCIS arrests is “catastrophic” for families. “They come to your office, you see the hope in their eyes…And then you tell them that they have a straightforward process they can utilize to live the American Dream,” he says. “And then they go to the interview and it turns into a nightmare.”
This piece has been updated with comment from USCIS. 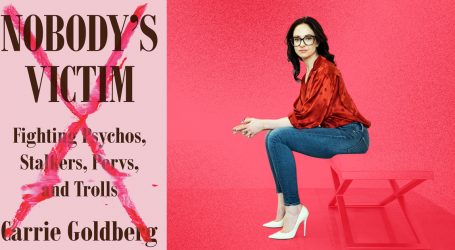 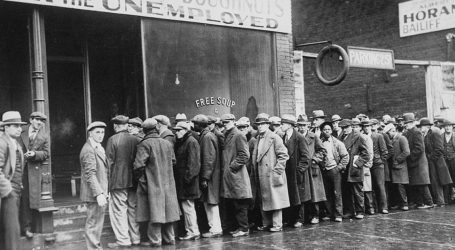