WASHINGTON – Seven weeks after he was nominated to be President-elect Donald Trump’s secretary of health and human services, Georgia U.S. Rep. Tom Price faces his first public grilling before the Senate.

Democrats on the Health, Education Labor and Pensions Committee have indicated they won’t go easy on the Roswell Republican during the first of town confirmation hearing. They plan to drill in on what they see as fishy stock trades and past proposals to overhaul health care and entitlement programs they don’t like.

Republicans such as Georgia U.S. Sen. Johnny Isakson are hellbent on invalidating such attacks and argue the former orthopedic surgeon is more than qualified for the job. Leaders want to ferry along his nomination as quickly as possible. Read our preview here.

Check back here throughout the day for live updates. You can also live-stream the hearing on the committee’s website and C-SPAN.org.

A few more tidbits from Price’s testimony to senators.

He mentions some of the biggest lessons learned from his years as a practicing physician, ideas that have shaped his philosophy as a legislator and will likely be a major guiding principles should he be confirmed as health secretary.

He mentioned that many of his former patients “were never more angry and frustrated than when they realized that there was someone other than themselves and/or their physician making medical decisions on their behalf – when there was someone not involved in the actual delivery of care that was standing between them and their doctor or treatment.”

Price said he also noticed there were often “more individuals within our office who were dealing with paperwork, insurance filings and government regulations than there were individuals actually seeing and treating patients.”

“It was in those moments that it became crystal clear that our health care system was losing focus on the number one priority – the individual patient,” he said.

In the first round of questions, Price said his goal regarding the replacement of Obamacare is to prevent people from losing coverage and bringing healthcare decisions closer to the states and patients.

“One of the important things we need to convey is that nobody is interested in pulling the rug out from anybody,” he said.

“Tom Price believes in accountability,” he said in his largely off-the-cuff speech. “He may be the only one of us who reads all the bills.”

He backed up the Trump transition team’s argument that Price was not aware of a purchase of Zimmer Biomet stock that was made on his behalf by a broker until a month later, after he had introduced a bill that would have directly benefitted the company.

“The allegations that were made yesterday on the Senate floor were patently wrong,” he said. “They took two correct things and put them together to say an incorrect thing.”

Isakson did the ceremonial hours of introducing Price to the committee, of which he’s also a member. He’ll soon cross the dais so he can question Price.

The top Democrat on the Senate health committee, Patty Murray of Washington, just laid out what regarding Price’s nomination will be in her party’s crosshairs today: Obamacare repeal and replacement, Price’s past proposal to overhaul Medicare, his former plan to turn Medicaid into a block grant program and past votes to defund Planned Parenthood.

She also sent a warning shot that Democrats won’t hesitate from bringing up Price’s past stock trades. She said she had “serious concerns and questions about your medical stock trades in your time in the House” and told Price she hoped he “comes prepared to address this issue.”

Price and Isakson take their seats at the witness stand. Isakson will introduce Price to the committee, of which he’s also a member. Price’s wife Betty, a member of the Georgia House, is sitting behind him, as are members of his staff. U.S. Rep. Barry Loudermilk, R-Cassville, is also in the room.

Tom Price, with Johnny Isakson, takes his seat before the cameras #gapol pic.twitter.com/kGXKtgA9fa

“It’s not just a personal endorsement of a good friend, but I feel very strongly he is, for this time in particular, the perfect candidate to lead HHS,” the Marietta Republican said in a brief interview before the hearing.

Gingrey, now a lobbyist who splits his time between Washington and Georgia, penned an op-ed for The Hill newspaper yesterday laying out his case for Price.

Welcome, folks. The hearing room on the fourth floor of the Dirsken Senate office building is beginning to attract a crowd.

We’ve got a copy of Price’s prepared testimony for the committee. The seven-term congressman spends roughly a third of it discussing his career trajectory and what attracted him to the health care field, starting with his physician grandfather in Michigan. He does not address his financial history and speaks very little about specific plans for the Department of Health and Human Services.

“We all want a health care system that’s affordable, that’s accessible to all, of the highest quality, with the greatest number of choices, driven by world-leading innovations, and responsive to the needs of the individual patient,” he plans to tell the panel.

Another notable observation. He goes out of his way to mention his bipartisan work in the Georgia Senate and House of Representatives. Former colleagues Kasim Reed, now the Democratic mayor of Atlanta, and U.S. Sen. Tammy Baldwin, D-Wis., get shoutouts. 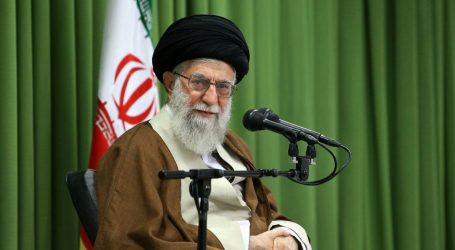 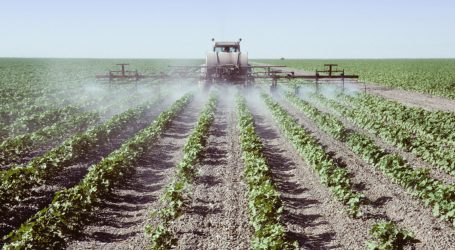