Who won the GOP debate?

The third Republican presidential debate, “Your Money, Your Vote,” was held at the University of Colorado at Boulder and was sponsored by CNBC.

Long story short, Sen. Marco Rubio dominated the latest GOP showdown as the clear winner, and Jeb Bush — his low-energy campaign floundering and his message failing to gain traction — was the biggest loser in the 10-person battle. This time around, the candidates were closely scrutinized for their records, their weaknesses were exposed, and they all either had a tough time of it or were able to turn things around and rail against their opponents — or the moderators themselves.

In a debate full of platitudes, rehearsed and scripted lines and rehashing of trickle-down Reaganomics, there were some notable moments. The debate seemed more for the donors, especially those who are deciding which establishment candidate — Rubio or Bush — to back.

Rubio, who came under fire from Jeb Bush for missing votes in the Senate while on the trail, remained calm and firm and deflected the attacks.

“In 2008, Barack Obama missed 60 or 70 percent of his votes,” Rubio argued, “so this is another example of the double standard that exists in this country between the mainstream media and the conservative movement.”

“I am a constituent of the Senator, and I helped him,” said Bush, noting that Rubio is a gifted politician and was the most talented candidate in his Senate run. “But Marco, when you signed up for this, this was a six-year term, and you should be showing up to work. I mean literally — the Senate — what is it like a French work week when you get like three days when you show up for work?” Bush said, suggesting Rubio resign his office in order to campaign.

Rubio came back hard, arguing that Jeb wants to model his campaign after John McCain’s 2008 primary comeback: “You know how many votes John McCain missed when he was carrying out that furious comeback that you’re now modeling after?” Rubio saidm “Well, I don’t remember you ever complaining about John McCain’s vote record. The only reason why you’re doing it now is because we’re running for the same position, and someone’s convinced you that attacking me is going to help you.” That exchange effectively made Bush, who had the least speaking time in the debate, the loser of the evening.

John Kasich — who opposes marijuana legalization but supports college debt relief and retaining Medicare — attempted to take the spotlight by labeling his rivals as too extreme, impractical and not up to the job of president. “Folks we’ve gotta wake up. We cannot elect someone who doesn’t know how to do the job. You’ve got to pick someone who has experience.”

Trump fired back at Kasich’s record as governor of Ohio. “John got lucky with a thing called fracking. OK, he hit oil, he got lucky with fracking.  Believe me, that’s why Ohio is doing well,” the frontrunner said. “Number 2, this is the man who was the managing general partner at Lehman Brothers when it went down and took almost everyone of us,” Trump added, arguing Kasich went negative when his poll numbers tanked. Trump also argued for arming teachers, and even his own employees, calling gun-free zones a “catastrophe” and a “feeding frenzy” for “mentally ill sickos.”

In light of a barrage of tough questioning, some candidates resorted to attacking the moderators and the media, a popular tactic to appeal to the base. “The questions that have been asked so far in this debate illustrate why the American people don’t trust the media,” said Sen. Ted Cruz. “This is not a cage match, and you look at the questions: ‘Donald Trump, are you a comic book villain? Ben Carson can you do math? John Kasich, will you insult two people over here? Marco Rubio, why don’t you resign? Jeb Bush, why have your numbers fallen?’ How about talking about the substantive issues people care about?” Cruz insisted.

New Jersey Gov. Chris Christie, who accused Democrats of wanting to give everything away for free, also went after Obama, claiming crime is going up because police are afraid to do their jobs, and the President is not supporting them.

When asked if the government should help workers set up 401k retirement plans in the new Uber-freelance economy, former HP CEO Carly Fiorina said that, no, there is nothing in the Constitution requiring the federal government to set up retirement plans or set the minimum wage.

Ben Carson, the former neurosurgeon who has pulled ahead of Trump in some polls, held his own and managed to emerge unscathed and without any tough questions or attacks, as his rivals seemed not too concerned about him.

“While I was proud of our candidates and the way they handled tonight’s debate, the performance by the CNBC moderators was extremely disappointing and did a disservice to their network, our candidates, and voters,” said RNC Chairman Reince Priebus in a statement after the event.

Just to recap, Rubio came out big in Colorado, and the Bush comeback strategy backfired. The next Republican debate takes place on November 10 in Milwaukee, with or without Jeb. 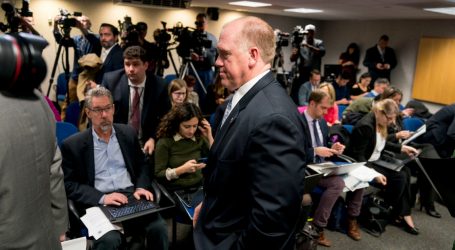 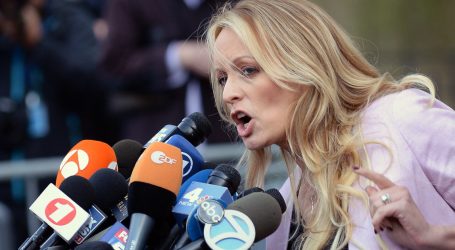 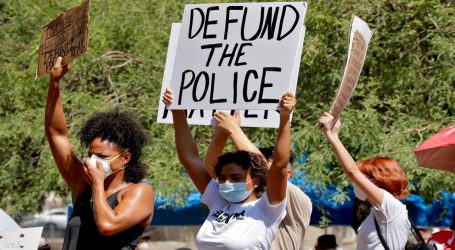