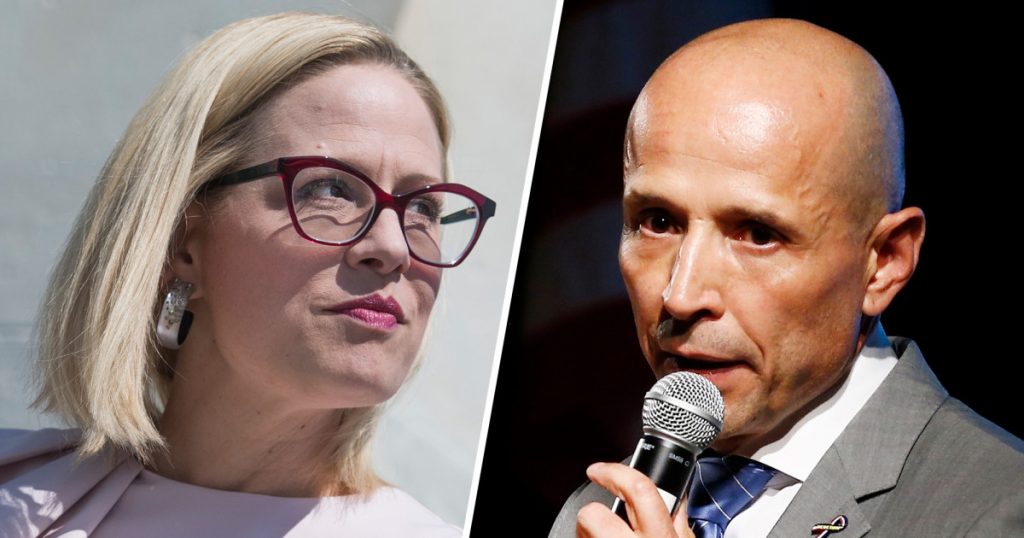 Michelle Capriotti has been waiting for a political moment like this. One evening in early August, a few weeks before students returned to the nearby high school where she teaches, several dozen Democratic voters gathered in Capriotti’s living room in Gilbert, Arizona, a small subdivision-packed city just outside of Phoenix. The attendees chatting and munching on finger food were mostly women, and almost exclusively public-school teachers or concerned parents.
All considered themselves proud members of Red for Ed—the national movement kicked off in Arizona last spring, following strikes in West Virginia and Oklahoma, to increase teacher pay and reverse years of austerity in public education.
“It wasn’t just teachers, it was parents, it was students, it was everyone,” Capriotti told me. “We’re not gonna settle for being dead last anymore.”
She was interrupted, at that moment, by the arrival in her kitchen of the guest of honor: David Garcia, an Army veteran and professor at Arizona State University’s teachers college who on Tuesday was chosen by Democratic primary voters as their candidate to take on Republican Gov. Doug Ducey this fall.
Garcia—48 years old, with a teal Diamondbacks cap covering a perfectly bald head—had come to mingle for a few hours with the kinds of voters who have formed the base of his campaign. His candidacy surged in the aftermath of the April and May teachers’ strike that saw 75,000 rally outside Arizona’s state capitol. Public schools are his campaign’s signature issue; he travels to meet-and-greets in a converted yellow school bus.

#TeamGarcia is on the road! I’m running for governor of my home state to fight for working families and make sure every kids has the best shot at opportunity. See you soon Tucson! #dg4az #DGBus pic.twitter.com/3gssyswdZi
— David Garcia (@dg4az) July 14, 2018

“People have been frustrated with education for a long, long time,” Garcia says. “The legislature would cut public schools, create obstacles for teachers… and there was this thought that there was nothing that you could do about it—or at least there wasn’t an organized effort to. I think what Red for Ed has done is given us some hope that collectively we can do something.”
“The Red for Ed movement is… the biggest social-justice issue in recent Arizona history.”This fall, Arizona Democrats are feeling like there’s hope enough to go around. Two years into the Trump era, the state’s political landscape is in flux. Hillary Clinton fell just 100,000 votes short of carrying it in 2016, as Democrats notched big wins in sprawling Maricopa County, a long-standing Republican stronghold. Today, it seems like the whole state is up for grabs. Ducey is no longer a lock for re-election—analyst Larry Sabato rates his race “lean Republican”—and Democrats believe they have a realistic shot at winning the state senate and a majority of seats in Arizona’s congressional delegation. For the first time in nearly three decades, the Democratic nominee, Rep. Kyrsten Sinema, is the slightest of favorites for a US Senate seat.
But Arizona’s Democrats—like their fellow travelers all over the country—don’t agree on the best path forward. Garcia and Sinema’s candidacies capture a divide in thinking over what kind of Democrat can win, especially in a newly competitive turf like Arizona. The issues Garcia talks about wouldn’t sound out of place in many blue states—Medicare-for-all, free college tuition, and a tax hike to fund public education. In Arizona, where booming numbers of Hispanic registrants are the only reason the party has a shot, he would not only be the first Hispanic Democrat to hold statewide elected office in 40 years—he’d also be the only Hispanic nominee for governor in those four decades. On immigration, a proven Republican wedge issue, Garcia is bracing for a fight; last month he backed calls to eliminate the Immigration and Customs Enforcement agency.
An opposite strategy is playing out in Sinema’s high-profile bid to fill the US Senate seat held by retiring Republican Jeff Flake. Sinema is a Green Party activist-turned-Blue Dog who has backed some of President Donald Trump’s immigration policies—including a recent resolution praising ICE and condemning the agency’s progressive critics. She formally clinched the party’s nomination Tuesday, easily dispatching progressive activist Deedra Abboud and setting up a general election matchup with Republican Rep. Martha McSally.
Last night’s election results mean Sinema and Garcia’s contrasting styles will share the top of the ticket, setting Arizona up as something like a clinical trial for swing-state Democrats.
Marcus Ferrell falls squarely in Garcia’s camp. A progressive Democratic political consultant, Ferrell served as Bernie Sanders’ African-American outreach director and, most recently, a deputy campaign manager on Stacey Abrams’ campaign for Georgia governor. While his own bid for a Phoenix-area seat in the state house of representatives seat failed last night, Ferrell believes Democrats’ path to success this November lies in turning out the kinds of people who live in the district he contested, nearly half of whom are people of color. Many of those voters live in poverty, attend underfunded schools, and bear the brunt of the state’s criminal justice system and anti-immigrant politics. “I just don’t see how David and Kyrsten Sinema exist in the same universe,” said Ferrell. “Something’s going to have to give—both of them can’t win.”
The Republican Governor’s Association has budgeted $9 million in support of the incumbent.“You don’t fight racial, antagonistic fire with moderate, ‘Let’s hope we can get Republicans to like us’ policies,” he told me. “You have to fight fire with fire. You fight ‘Let’s build a wall’ with ‘Let’s abolish ICE.”
Ferrell cautions against Sinema’s moderate approach: “It’s not that moment.”
“Everywhere else in America has told us you need to talk to the base: Alabama, Virginia, Georgia, Maryland. This has been a historically purple state, but you can’t run red and think a sliver of blue is gonna give you the whole thing. It’s just not.”
But Sinema, once a Ralph Nader-backing hellraiser, long ago adopted compromise and the political center as her home. Her 2009 book, Unite and Conquer, describes a “transformative” decision to “reject identity politics” and abandon progressives’ “obsession with victimhood” as key to her electoral success.
First elected to the House of Representatives in 2012, she’s voted with President Donald Trump more than 60 percent of the time, according to FiveThirtyEight. She voted to halt the resettlement of refugees from Syria and Iraq and to fund the border wall, and backed legislation that would make it easier to deport residents from neighborhoods with gang activity. Her ads make no reference to her party affiliation and they definitely don’t call her a liberal. Sinema has courted the kinds of groups Arizona’s moderate Democrats have traditionally believed they need to sway—senior citizens, cops, veterans.

There’s no roadmap to winning statewide in Arizona as a Democrat because it hasn’t been done in years. The last candidate who pulled it off, Gov. Janet Napolitano, went on serve as President Barack Obama’s Secretary of Homeland Security—which is to say, she literally ran ICE. Progressives may not like Sinema’s approach, but it’s not exactly obvious that it’s the wrong one. While Garcia has yet to lead in a single general-election poll, Sinema has never trailed in hers.
And the road ahead will be rocky for Garcia. The Republican Governor’s Association has budgeted $9 million in support of incumbent Ducey. Much of what it’s already spent has gone toward ads attacking Garcia’s comments on ICE. (He’s brushed off the attacks as a nativist play, pointing out that similar GOP arguments failed badly in Virginia’s 2017 governor’s race against another Democratic veteran.)
Garcia told me about going with his family to vote in August at one Maricopa County early voting center: “It was the first time in my voting lifetime I got to mark somebody with a last name like mine at the top of the ticket.”
“We have asked Latinos to play defense over and over and over again,” Garcia elaborated, citing a long line of anti-immigrant politicians and legislation, including Maricopa County Sherriff Joe Arpaio and SB 1070, which required all residents to carry identification before key provisions were blocked in federal court.
“We have not had something for the Latino community to vote for in a very long time. We believe that our campaign is going to be a combination of, yes, people running from either the Trump administration or the current environment today—but the path to getting over the top is adding to those numbers an inspiration, maybe an aspiration, something the people can vote for,” Garcia says. “And that is education and that is representation in Arizona.” 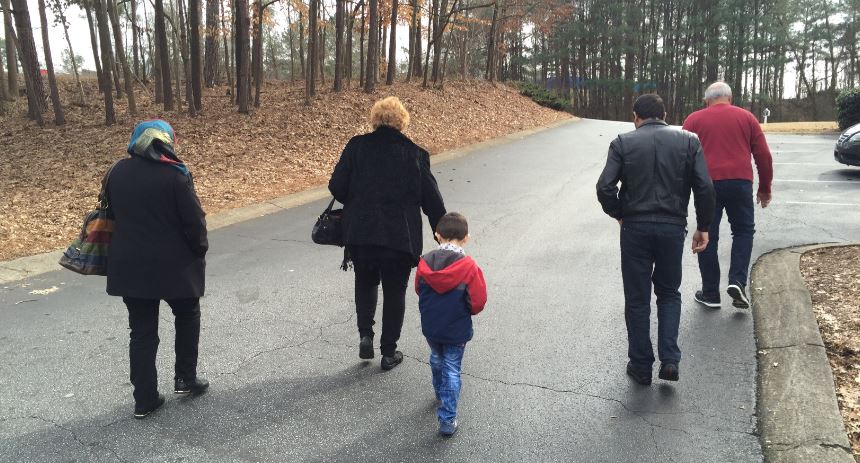 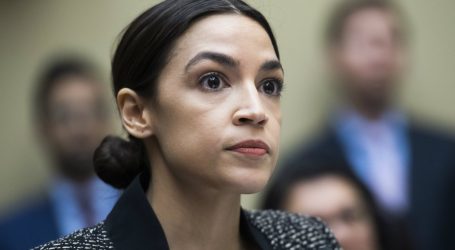 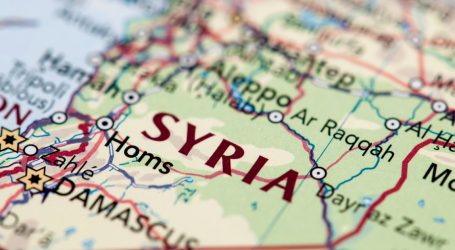