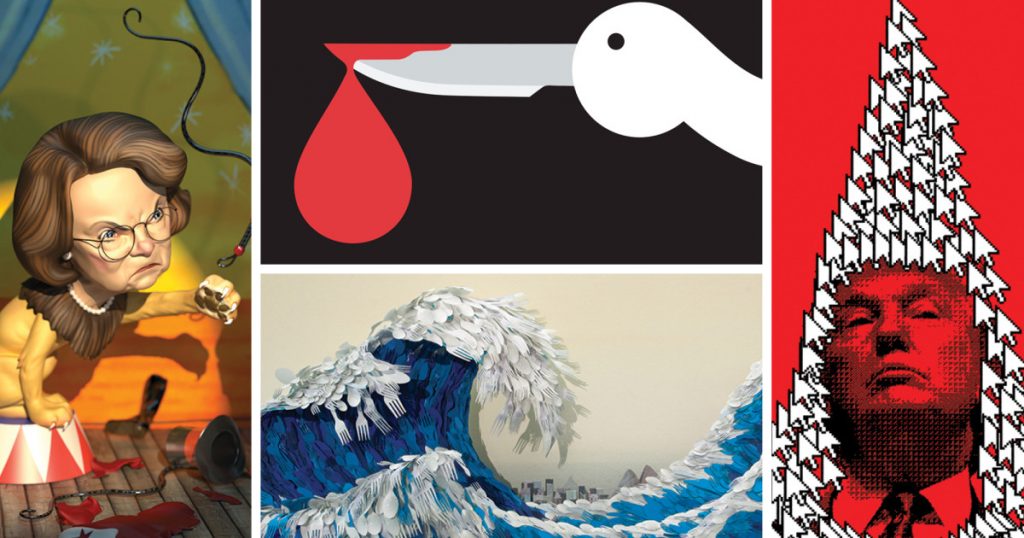 In 2017, we covered everything from the rise of the alt-right and Trump’s Russian connections to what doctors don’t tell you about pregnancy. Along the way, some very brainy and bold artists lent us their creativity and sweat: For instance, Pushart’s Megan Berkheiser and Mike Caldwell cut out plastic utensils from paper to reconstruct a great wave of forks and spoons. Illustrator Wesley Bedrosian created a gripping rendering of California Senator Dianne Feinstein, re-imagining her as a lioness clawing at her handler.
More than 40 illustrations were commissioned for our stories last year, and though narrowing down the picks was hard, here are our favorites. (And a quick note that these illustrations look especially great in print. You can get a copy of the latest issue here—or get a friend a gift subscription for $10 a year.)

What to ExpectIllustration by Noma Bar

Heavens to BetsyIllustration by Tim O’Brien

Rules for RadicalsIllustration by Chris Visions

Who Moved My Teachers?Illustration by Dale Stephanos

“Some Form of Punishment”Illustration by Gracia Lam

Trump Vs. the LawIllustration by Morten Morland

The Lioness in WinterIllustration by Wesley Bedrosian

Oil and WaterIllustration by Jason Holley

The Russian ConnectionIllustration by Noma Bar

The Russian ConnectionIllustration by Mike McQuade

Taking Pains and The Dental DivideIllustrations by Matt Chase

Can We Talk?Illustration by Gerard Dubois

You Will Lose Your Job to a RobotIllustration by Roberto Parada 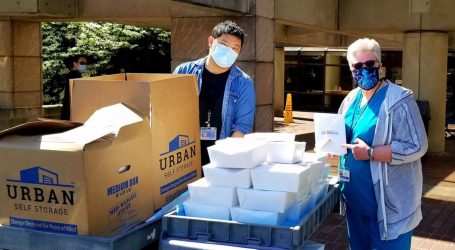 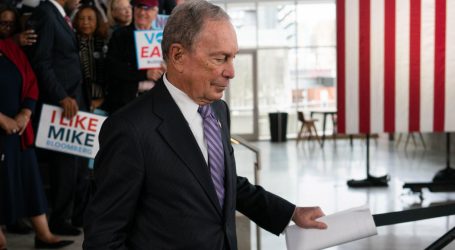 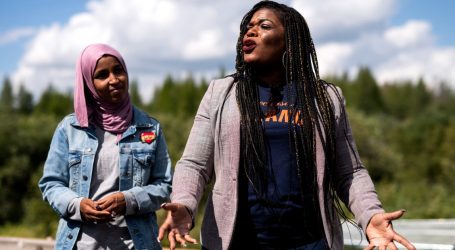